Follow a Plant-Based Diet? You May Be Helping Save the Planet 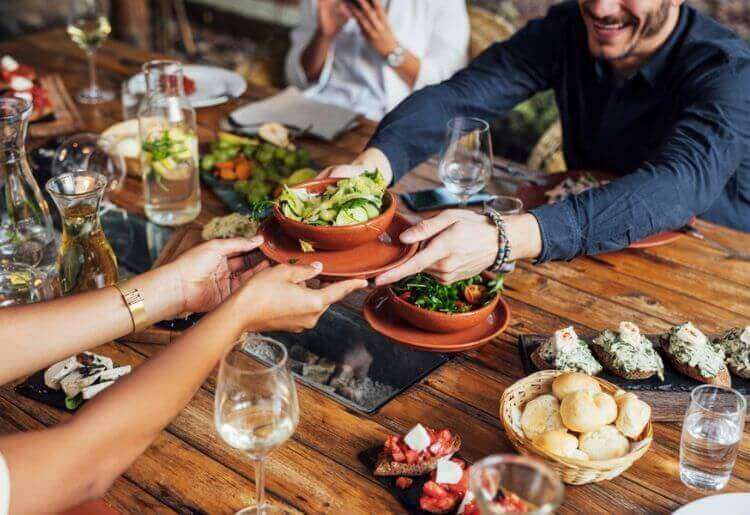 Is it possible that last month’s cookout caused this week’s heat wave? Were those burgers, steaks, and baby back ribs the reason the sun feels hotter than ever? While the short answer is obviously no, the long answer, according to a new UN report on climate change, falls a little closer to, “perhaps.”

In the first week of August, members of the UN’s Intergovernmental Panel on Climate Change (IPCC) gathered in Geneva to finalize a major report based on the findings of 107 UN scientists. The 1000-plus page report, which details global warming and our role in it, strikes an ominous tone. Rising temperatures, increased greenhouse gas emissions, and land degradation are cause for major concern, the UN scientists warn. And unless we start to address these issues, we face a future of even warmer temperatures, more natural disasters, and ultimately, food shortages.

So what does that July 4th cookout have to do with it?

Meal delivery service for one

Meat, Heat, and a Forecast for the Future

In this landmark report, UN scientists singled-out meat as one of the contributing factors of climate change. But why?

There are a few reasons. For one thing, livestock takes up substantial amounts of land. Animals need room to graze, and the more meat we eat, the more room we need to clear for ranches and pastures. This leads to deforestation which leads to lack of CO2-absorbing plants and soils which leads to...well, we’re getting ahead of ourselves.

The other main concern is greenhouse gasses. Livestock emissions are notoriously bad for the environment. These gasses are known to trap heat when insufficiently absorbed. The methane gas produced from cattle is 25 times stronger than carbon dioxide, and livestock emissions account for a whopping 14.5% of global emissions.

This is bad enough on its own. When you factor in the imbalance of increasing cattle, in order to accommodate our meat-eating habits, by clearing the very forests that absorb the greenhouse gasses they produce, the implications become clearer: our meat-eating habits are not only contributing to more and more dangerous gasses being released into the atmosphere, but are simultaneously destroying the most critical source of mitigating them.

The Time to Act

Food waste and poor farming techniques are also contributing factors to global warming, scientists tell us. Food waste contributes 8-10% of global emissions, almost equal to livestock emissions. Added together they create a quarter of the total number of gasses being released into the atmosphere.

Forests and soil play a major part in holding the carbon released by the gasses, but as we continue to deforest major carbon sinks, we need to look at alternative ways of reducing greenhouse gasses. Proper farming techniques, better soil management, and land restoration are a few of our best solutions. But these take time and require collaborative efforts from farmers, governments, taxpayers, agencies, and more.

In the meantime, the UN reports tell us, we need to consider our own eating habits. Since nearly 25% of greenhouse emissions come from livestock and food waste, there is an onus on us to think about how we’re contributing to the problem as societies, but also as individuals.

We’ll just repeat what we said earlier: While the short answer is obviously no, the long answer, according to UN scientists, falls a little closer to, “perhaps.”

The UN report is cause for concern, but it’s also a call to action more than an announcement of doom. And plenty of people have been heeding the call.

Vegetarianism and veganism are practically household words these days, and have become staple diets across the country and the world. It’s easy to find veggie burgers at most grocery stores, and even major restaurants and fast food chains have hitched their wagons to the meatless, dairy-less fads, tacking veggie and vegan options onto their menus with increasing frequency.

Now a new buzzword is taking over the food industry. One that, it’s easy to imagine, is making the UN scientists allow themselves a little smile: plant-based diets.

The best diet meal delivery with a plant-based diet consists of foods made entirely from vegetables, grains, fruits, seeds, and other natural, non-animal products. Okay. It’s easy to picture a spread of fruit, or some veggies and dip. A snack? Sure. But a full meal? A full diet? Of veggies and nuts?

It’s not just veggies and nuts. Today’s chefs are creating robust, creative, delicious meals entirely out of plant-based foods. Just ask Grubhub. In a recent report, the heavyweight food-delivery service found that deliveries from restaurants that serve plant-based foods are increasing amongst Americans, and not just in predictable places like Los Angeles or Boulder. Rochester, NY and Las Vegas appear in the list of top 5 cities that place the most vegan orders.

Even more indicative is the proliferation of plant-based meal plans. The best meal delivery service such as Green Chef and Home Chef, which deliver easy-to-prepare meal-kits to subscribers who are either not keen on cooking or too busy to plan their own meals, are offering plant-based meal kits that have been a hit with customers throughout the country. These kits are based on subscription models and provide customers with a week’s worth of meals, proving that people are investing in plant-based diets for the long term.

The fact that plant-based meal delivery services are doing as well as Grubhub when it comes to animal-free foods means that people aren’t simply interested in taking a one-night break from meat and animal products. Rather, more and more people are adopting plant-based foods as their new way of life.

This is indeed the step that we need to take, according to the new UN report. It’s important to note, however, that the scientists did not say we should discontinue eating meat. Just that all of us should limit our meat consumption. The best way to ease into that is to familiarize ourselves with plant-based foods, which, thanks to today’s chefs, are tasting more and more like the real thing. Even substituting one burger a week with an animal-free alternative could ease the strain we’re putting on the planet.

So about that big cookout last week. It alone may not be responsible for the heat waves. But one less rack of ribs, or a stack of well-prepared, seasoned, marinated, and grilled veggie patties, could go a long way to keeping us all a bit cooler in the future.