Can We Trust Facebook with Our Hearts if We Don’t Trust it with Our Data? 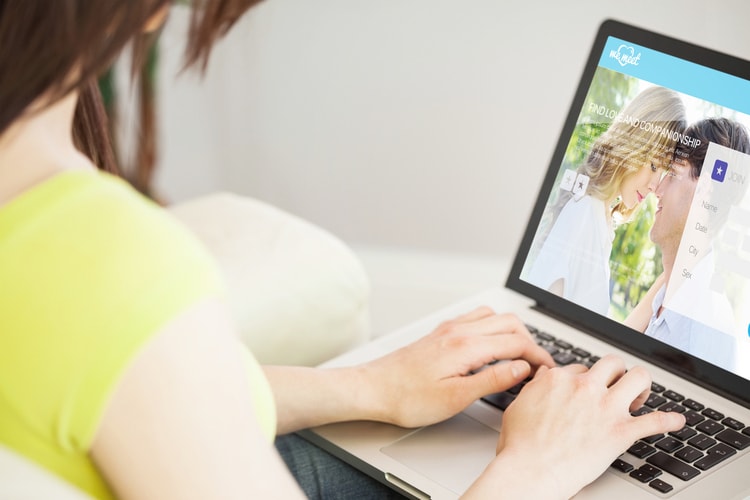 Facebook recently made waves with the announcement that it was venturing into the world of online dating. Almost instantly following the unveiling of Facebook Dating, a chorus of concerns reverberated across the internet.

Facebook, of course, has long been embroiled in scandal and critiques about its privacy policies. Just a month before the announcement, the social media giant was fined $5 billion by the FTC, the latest in a long-running debate over dubious privacy practices. Now that Facebook is venturing into online dating, essentially merging the world’s largest social medial arena with a decidedly more intimate and private service, a whole new set of concerns, with a whole new chorus of voices, has been raised.

Everyone from internet security experts to love-seeking singles, it seems, has a dog in this latest fight, and for good reason. Is it a good idea for the world’s largest social media platform to be involved with the private matter of dating and relationships? Will Facebook use our romantic lives to sway our online experience? Or, more curiously, will it use our online habits to influence our matches and love lives?

These are just a few questions raised by critics who think that matters of the heart are better left to pros like Zoosk and Match. Some others, meanwhile, see potential benefits in Facebook Dating, including more accountability and ultimately, safety.

Facebook explained how its new dating service will and will not interact with the regular platform. But is it enough to quell concerns? Should we be using Facebook for dating? Especially when more and more people are questioning whether we should be using it at all?

How the App Works

Facebook assures users that their dating profile and regular profile will be entirely separate, which is a good start.

By default, the site won’t match you with anyone of your Facebook friends. Users will have the option, however, to choose whether or not they’d like friends of friends to be included in their match field.

Instead of swiping or liking, the app will match users based on their preferences, interests, and other activities they’ve performed on Facebook.

The app will also integrate with Instagram for a feature called Secret Crush. Users who opt for Secret Crush can pick up to 9 of their Facebook or Instagram friends to see if perhaps they share mutual, unspoken feelings. The company promises that your Secret Crush won’t be notified unless they pick you as well, in which case you’ll be matched and, the company hopes, act on your dormant, unspoken, festering feelings for each other.

Facebook’s goodwill has been fledgling for years, and 2018 began a long series of scandals, security glitches, and empty apologies from which the company hasn’t recovered. Early that year the Cambridge Analytica story revealed how millions of Facebook users’ data was misappropriated prior to the 2016 election. In short order Mark Zuckerberg testified before congress, Facebook was hacked to the tune of 30 million accounts, and finally, just prior to the launch of Facebook Dating, the company took a record 5 billion-dollar fine from the FTC.

As Jason Kelley of the Electronic Frontier Foundation told The Guardian, “If you’re trying to avoid dating services that have red flags, you can’t really find one that has more red flags than Facebook.”

What Are the Dangers?

With billions turning to sites like Zoosk, Tinder, and Match, it’s natural that Facebook would want to enter the thriving online dating game. But experts cite a number of issues that could further be an invasion of people's privacy, online experience, and safety.

Many have stated concerns about the site accidentally outing users to unknowing friends or family. Others have questioned just what type of information would fuel the matching algorithms. And others still wonder how their activity on Facebook Dating might affect the ads that show up in their regular feeds.

On the Facebook press site, the company says that match suggestions are based on “your preferences, interests, and other things you do on Facebook,” an explanation many find infuriatingly, but unsurprisingly, vague.

“Facebook will use Facebook Dating as a new portal into users’ lives,” privacy advocate Mark Weinstein told The Guardian, predicting that the company will use everything it can gleam from users in order to better target them: their romantic successes and failures, their emotions, their fetishes, and plenty more.

It’s eerie enough to see Facebook ads based on past Google searches or web activity. Imagine those same ads fueled by the content in your dating profile, flirty chats, dirty talk, or whatever else you share on a dating site.

The social media giant outlined several ways in which it was protecting users of its new dating site. There will be absolutely no crossover between Facebook Dating and your regular profile or newsfeed. Automatically blocking Facebook friends from appearing in each others’ dating suggestions is another good step to maintaining privacy and creating separation between romantic and public platforms. Furthermore, only users’ first names and ages will be displayed.

One major safety feature is the ability to share the details of upcoming dates with pre-selected friends, an inarguable plus that utilizes Facebook’s huge platform for the better.

In addition, the press release says that it’s “worked with experts in these areas to build protections into Facebook Dating from the start,” including report and block features, a prohibition against sharing photos, videos, or money requests in the app, and additional resources including safety tips.

The public response to Facebook Dating has skewed heavily towards the negative, though there are arguments for the opposite. The Atlantic wonders whether Facebook’s new dating app could reverse the “context vacuum” it believes sites like Tinder has created when it comes to meeting partners.

Facebook Dating, according to The Atlantic, “is explicitly trying to inject some of the more human aspects back into online dating through features that mimic the ways in which people used to meet-cute before the Tinder age.”

The magazine makes the argument that by matching members according to the using groups they’ve joined, the Facebook events they’ve RSVP’d for, and other biological details, Facebook is using a fuller spectrum of criteria for criteria than photos and a few lines about yourself.

There’s an argument to be made for this. Additionally, the fact that every member by definition has a Facebook profile could lead to more accountability and therefore reduce spammers, catfishing, and inappropriate or abusive behavior.

It seems that Facebook’s omniscient presence could either be a huge benefit or deficit to the online dating experience, depending on how the company chooses to move forward. If Zuckerberg and company keep Facebook’s privacy issues from seeping into its dating site, there’s a chance for great success. But that’s a big if. Facebook’s past actions have driven many from the site and caused even more to lose faith in its concern for users. Many will stay far away, preferring to leave their love lives in the hands of more experienced and trustworthy online dating sites like Zoosk and Tinder. Others undoubtedly will give Facebook Dating a shot. Only time will tell whether Facebook’s dating venture ends up as the star in engagement stories or in more courtroom battles.