In 2019, You’re More Likely to Be Ghosted than Hit up for a Booty Call (and other surprising dating trends) 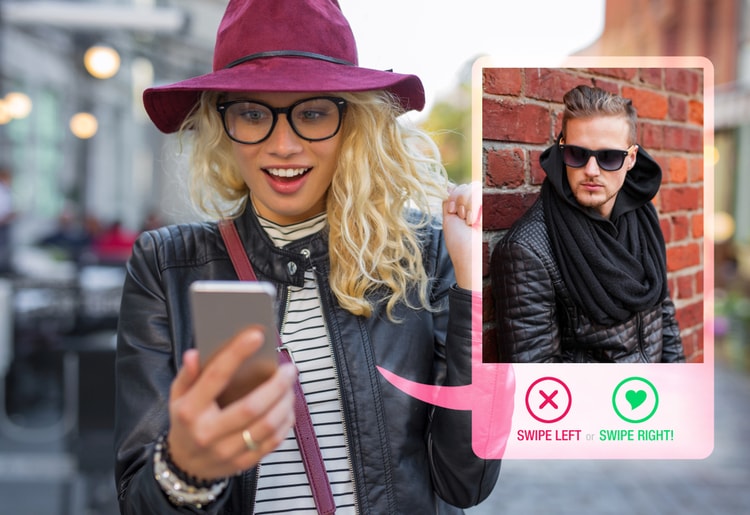 Imagine a world where we’re more likely to ghost our date than text them for a booty call.

Where oversharing on Facebook is a bigger turn-off than lying. Where everyone’s cool with splitting the bill on a date, but nobody wants to bring it up. Where nobody wants to be alone, but everybody’s waiting for the other person to make the first move. Where partners are just as likely to utter their first “I love you” over text as they are after sex, and where, even though our opinions on relationships, marriage, sex, gender, and politics are turning our Facebook feeds into warzones, 67% of us can at least agree that if you don’t have sex on vacation, it was a bust.

Welcome to 2019. It’s been a year of paradox, pretzel logic, and strange bedfellows in general as well as in the dating world. At least, that is, judging by Match.com’s newest Singles in America study. The pioneer online dating site has been conducting the survey for years, partnering up with researchers at the Kinsey Institute to ask singles of all ages for their thoughts on dating, sex, love, and modern relationships.

The results have always been interesting, but this year’s seem particularly so because women’s role in society is changing rapidly and technology plays an increasingly integral role in our romantic lives.

Match.com’s 2018-2019 survey gives us a glimpse into the minds of today’s singles, and it’s full of surprises—some of them cynical, some cause for celebration, and others just plain bizarre. Here’s a look at some of the more notable findings.

Our Technology is Racier...But Are We?

Despite today’s technological marvels, millennials and Gen Z’ers are downright vanilla compared to their Gen-X elders at least when it comes to techy sex. According to the survey, Gen Xers are the age group most likely to use phones, cameras, and electronics for sex: 44% of Gen Xers surveyed report having phone sex, and 22% report having filmed themselves having sex in the last year, both numbers easily beating out millenials, Gen Z’ers, and every other age group.

So where do millenials and Gen Z’ers stand? Despite arguably being the generation most at- home with smartphones, they seemed to fall below what culture suggests of them. Of all millenials and Gen Z’ers surveyed, those that have sent a nude photo are in the minority at 38% (though 52% have received one, which raises some interesting questions). It’s not just sexting either; younger singles seem to be more traditionally minded than expected when it comes to relationships. Despite the proliferation of dating sites and hookup apps, only 9% of young singles surveyed say they are up for casual dating, while 66% are more open to a relationship.

There’s no argument, of course, that online dating reigns supreme. Of all singles surveyed, 26% said they met their last date through online dating, beating out friends (16%), work (9%), a bar (6%), and church (2%). That in itself is no surprise—online dating has easily become the most popular way to meet people. Cell phones are making it easier for us to keep the conversation going, whether by texting or sexting.

Surprisingly, singles—and especially younger singles—are more traditionally minded than our technology would suggest. If you believe the trends outlined in the survey, today’s singles, and millennials, and Gen Z’ers in particular aren’t as moved by technology and instant gratification as the media would have us believe.

Men Say #MeToo Has Changed Them

The #MeToo movement shed much-needed light on male privilege and patterns of abuse, but did those lessons materialize in the actual world of dating ?

It depends who you ask. Sadly, Match.com didn’t ask as many questions as they could have. They did touch on the subject, and they offered some interesting glimpses into the post-#MeToo dating world.

Overall, the survey leaves a lot to be desired on this topic, but there are plenty of interesting statistics to note. 35% of singles report feeling more reserved when approaching someone new. 33% report feeling more reserved when on a date. These are interesting stats, though they beg the question: what does reserved mean? Is it the equivalent of respectful, equal, or aware? Does this just mean hesitant and stand-offish?

It would’ve been nice to see women’s perspectives on how #MeToo changed (or didn’t change) the dating world. However, the study is a good starting point for a topic that hopefully will continue to be explored.

This is one of those revelations that are both shocking and utterly obvious at the same time. Out of all singles who have dated in the last year, 35% report having been ghosted. Meanwhile, only 32% report having been hit up for a booty call. Let that digest for a second: we’re using our phones to ignore people more than we are to, well, you know…

Of course there are many ways of looking at it. Maybe so much texting, tweeting, Instagramming, etc is causing us to turn inward, and ghosting is one physical manifestation of that. Maybe we’re abandoning the booty call for a different form of rendezvous. Though logically, the rise of ghosting probably correlates to the abundance of people we’re meeting online. If we leave more people hanging, it’s only because we’re meeting more people as well. Maybe. Still…wrong for so many reasons.

Just Shut up and Lie

A full 61% of singles said that airing emotional drama in posts was their biggest social-media turn-off. Compare that to just 43% of people who said hiding information was a bigger turn-off. Whether due to emotional oversaturation or just plain tech-exhaustion, it seems that today’s singles would rather you withhold the truth than express too much of it.

When asked about their online dating habits, singles of both genders claim that they care about more than just the photos. Fifty-seven percent of men and 61% of women say that they carefully evaluate their match’s profiles on dating apps rather than just skimming the photos or swiping through pages. Whether this is a matter of personality, chemistry, or simply security, it’s comforting to know that we’re still stopping to appreciate the brain between selfie pics.

ByTop10.com Staff
Last updated: Jun. 18, 2019
Our editorial staff is comprised of writers who are passionate about the world of online consumer services. We specialize in simplifying the process of choosing the right online dating site for your needs.
Best Dating SitesCompare All
Zoosk
EliteSingles
Match
SilverSingles
OurTime
Compare All