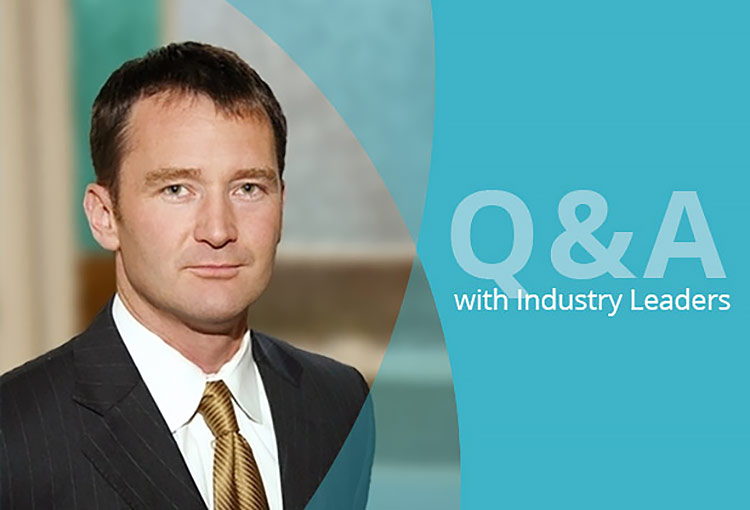 The online dating industry is constantly adapting to the needs of love-seeking singles. Industry expert Mark Brooks has had a front row seat to these changes. As CEO of Courtland Brooks, he has been providing consultancy services to online dating apps and matchmaking business on a global scale since 1996. We asked Mark to share some of his knowledge on the dating industry.

1. How did you become an expert in the dating industry?

I started in the dating business by starting an adventure club in Silicon Valley in 1996. It was a singles club that wouldn't admit to being a singles club. It was 95% single, but we had couples in there to make it feel less stiflingly 'singley.' I learned a lot about how people felt about early dating sites. It seemed dating sites were a core topic at our hikes and parties.

I worked for some dating sites from 2000 thru 2005 and was coerced into speaking at the Internet Dating Conference in 2005. Ed Baig from USA Today interviewed and quoted me. I'd been working in the iDating business since 2000, in earnest, and he put me on the map as bonafied dating industry expert. Thanks Ed.

2. So you’re an expert in the industry, but have you ever used a dating site?

My goal is to help create dating apps that I'd actually want to use. In 2000 I used Hypermatch, a site I worked on. It worked quite well for me, and was a precursor to eharmony really. It had a crazy number of questions. From 200 to 2000 questions, depending on the level users opted in to taking. Enough to keep anyone busy! The service was sold to EZ Board and nixed some years later, but it was WAY ahead of its time in 2000 with a very unique GUI.

3. What did you learn from your personal online dating experience?

I dated a girl seriously from the site. My top match. We were very compatible in many ways, but one. Our senses of humor were just off. She'd say something and laugh at it, and it would just go over my head somehow. I'd say something that was obviously hilarious, and it would be lost on her. So somehow, despite our apparent compatibility, we ended up being two ships passing in the night because of not having compatible senses of humor. Incidentally, it's tough to match people online by their sense of humor, but not impossible. There are ways to gage the nature of someone's humor and then match for it.

4. What are the greatest benefits of online dating?

Dating apps services are generally brilliant at one thing. Helping people get the tough questions out of the way right up front. i.e. got kids? want kids? married? want to get married one day? or even, are you a smoker? These are all what we call showstopper questions. Beyond that, they're awesome at getting people to start communicating.

5. Where do you see room for improvement?

...Helping people facilitate highly-compatible connections. I think there's real opportunity for advancement here. The secret is to observe people's behavior, and match against behavior. In the future, to fulfill its potential, the dating industry will need to connect with more academics, do a lot more experiments, and learn how to correlate observed behaviors and preferences with character traits and compatibility.

In the past there was a major stigma around Internet dating. Now, I think pretty much everyone knows someone who has been successful with online dating. So the stigma has eroded. I think in the past people might have said 'wow, you're using Internet dating' and now things are entirely different. They might instead say 'wow, you're not using any dating apps?!'

7. What do you expect will be the big changes in the dating industry in 2018?

Tinder will continue to rule the roost. VC money will burn out. Dating apps will charge more, which will fuel a resurgence in innovation and new app development. It’s easy to build a dating app, and very tough to get it to critical mass these days. But I sense the beginnings of a hunger for change and renewal. I think we'll see more fracturing of the market in 2018-2020 as niche dating apps start to take root.

learn more about this year’s best dating sites and apps