Don’t Let Moving Cramp Your Dating Style: Get to Know Your New Home 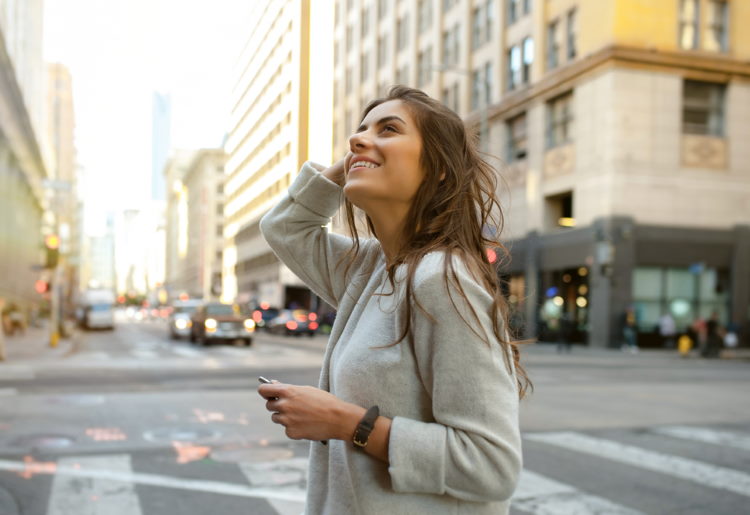 Some 14% of households in the US move each year, about 40 million people. Moving can be a great opportunity for anyone, whether it’s increasing job opportunities, lowering cost of living, improving quality of life and proximity to family.

From Manifest Destiny to Oklahomans moving west in the wake of the Dust Bowl, Americans moving around is just part of our national ethos, with the largest numbers worldwide. According to a Gallup survey,  25% of American adults report moving within the country in the last 5 years—compare that to China’s 5%.

The main reason for moving within the US? Work, of course. While moving for economic reasons is good for your bottom line, it can be tough for your dating life, online or in-person. This is especially true when you’ve picked up from a wealthy coastal “blue state” city to a sunbelt suburb, relocating from California, Pennsylvania or New Jersey for the lower taxes, green grass, and sweet cost of living in Texas, Idaho, Tennessee or North Carolina.

Get To Know Your New Town

Here’s a shortlist of the critical information you should (or shouldn’t) put on your online dating profile when you move to one of these popular up-and-coming places.

Favorite sports: Sadly, there’s no major league professional sports but people do like the Carolina Panthers (NFL), Charlotte Hornets (NBA), and the Carolina Hurricanes (NHL), all based out of North Carolina. College football though? It’s a thing.

Local slang: Might could = that might be possible; bless your heart = expression of compassion or a verbal smack in the face. It’s all about context.

Political leaning: Republican. But, you know, it’s Florida, so you just never know.

Notable attractions: The water—go see some dolphins and manatees, rent kayaks or paddleboards.

Political leaning: Republican, but Austin itself is getting bluer.

Notable attractions: SXSW music festival, music in general, because Austin calls itself the “live music capital of the world.”

Local slang: Howdy = How do you do?; Sorry = pathetic, not as an apology; fixing = preparing; dinner = lunch.

Political leaning: Democrat, but Colorado as a whole varies county to county.

Local slang: LoDo = Lower Downtown, where all the bars are, and some great restaurants too; dispense = marajuana store, or dispensary; Colorado Kool-Aid = beer.

Notable attractions: MUSIC! Everything famous in Nashville has to do with country music. Bored? Visit the country music hall of fame.

Local slang: Stompin groups = your home town; Pitch a fit = have a tantrum.

Local slang: Spaghetti Bowl = the maze of on and off ramps on the US-95 and Interstate 15; Burners = people who attend the Burning Man event in the Black Rock Desert; Strip = the 4-mile stretch of neon lights and casinos, to be avoided at all costs by locals.

Political leaning: It’s been a blue state since 1984, but largely considered a swing state. If your blood runs blue, don’t boast too loudly. Plenty of republicans around these parts.

Local slang: Bubbler = water fountain; Stop ‘n go lights = traffic lights; Believe you me = you should believe me; Borrow, as in “Will you borrow me a pencil? = Lend.

Political leaning: Oregon leans democratic and is liberal about a lot of things (including recreational marijuana use), but the state has a rural population with pretty conservative views on taxes.

Notable attractions: The beautiful nature, of course. There’s no shortage of amazing views, lakes and forests to explore here.

Local slang: The mountains are out = the rain and fog are clearing up; a rack of beer = a 24 pack of beer; Spit = like rain, but more misty; Filthy = cool, sick, really great, Brogrammers = well, you know. A guy who programs for Amazon or the like.

The People You Love

Something amazing about each of these up-and-coming cities is that while they may originally seem like the middle of nowhere to people from more populated coastal states, they each have a fabulous mix of people from all over the world. Seattle’s Pho is one of it’s best well known local delicacies, Nashville is known for its tapas bars, and it pays to learn Spanish wherever you go. If you’re looking to sort through and meet other singles with your cultural background in common, you’ll be able to filter your online dating results and break the local culture proverbial ice. After all, who doesn’t want to watch college football with someone who will just “get” your family back home?

Why the Short-List Matters?

Basically, if you like to barbecue, eat fried food, and can handle seafood, you’ll have plenty to do on a date. Locals probably don’t hit up the tourist destinations much, which means you’ll either get a, “Hey, you know, I’ve never actually been there either.” or a “Ugh, no, the parking will be terrible.” Every city on our list has top-notch nature, so it might pay to put some nice outdoors photos on your Zoosk profile.

Does it pay to pretend you didn’t just move in? Probably not. If you’re lucky, you’ll meet a great guide to show you the local hot-spots you wouldn’t find otherwise. Just don’t insult the Green Bay Packers and save the elections for your 2nd date.