I Tried 3 Home DNA Test Kits: This is What I Learned 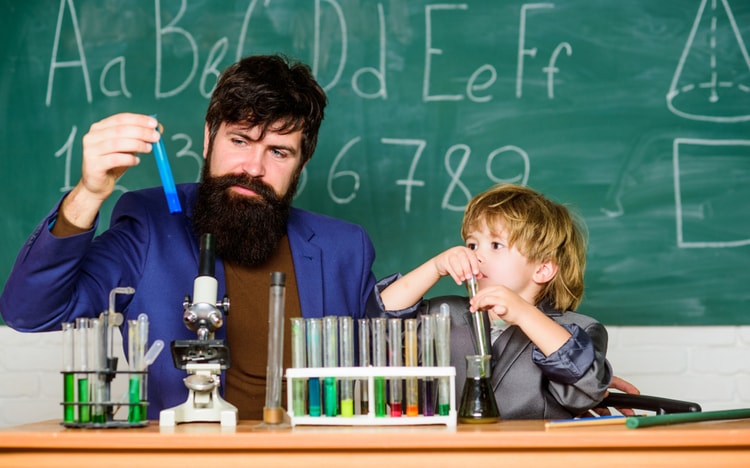 So you’ve decided to get a DNA test? That’s great. The next step is deciding which of the many services out there to use. To help you choose, I tested out 3 popular services, which you can read about below. But before you do, here’s a quick rundown of what to expect from a DNA test.

What Does a DNA Test Entail?

You’ll receive a test kit in the mail, use it to take an oral DNA sample (either saliva or a cheek swab), then send it back for processing, which can take up to 8 weeks. You’ll be notified via email once your results are ready. Then you log into an online account to view your ancestry estimate—“estimate” being the operative word. At the lab, the testers compare your DNA to their reference populations; that is, DNA taken from select people around the world. If parts of your DNA look similar to the DNA of someone from Brazil, they will infer that you have Brazilian heritage. But mistakes can be made, and even if they aren’t, the test doesn’t actually tell you where you or your family are from. It simply tells you where in the world there are people with similar DNA to you.

Many services will also show you any other test-takers that you share DNA with. You may be able to find relatives this way, but remember that you can only be matched with people who have used the same DNA testing service.

I used Ancestry, LivingDNA and MyHeritage. Spoiler alert: there were no big surprises. They all confirmed what I already knew, that I’m half European-Jewish and half East Asian. In truth, I was pretty disappointed that there wasn’t a dramatic revelation. Also, my mother never knew her family and I was hoping to find some relatives on that side. No such luck unfortunately, but as more and more people take these tests, new matches may arise. In the meantime I decided that when it comes to my lineage, no surprise is better than an unwanted surprise.

Ancestry is one of the biggest DNA testing services on the market, which means they have one of the largest databases of test-takers for you to potentially match with. If finding relatives is a priority, this is the one for you—unless your other family members have used a different service, in which case consider using the same one so you can build a family network on that database.

The Ancestry test kit was more time consuming and involved than the others I tried, and required me to dribble into a small test tube until it was filled with saliva (the others only required a cheek swab). However it produced my most precise and accurate results. My ethnicity estimate was 48% Korea & Northern China, and 48% European Jewish, specifically from the region encompassing Germany, the Netherlands, Belgium, and Luxembourg. My mother is from Korea and my father is Jewish and from the Netherlands, so they were pretty spot on. The remaining 4% of my estimate was split between Japan, Germanic Europe, and Greece & the Balkans; but I decided to ignore those regions as the percentages were extremely low and seemingly inaccurate.

My estimate was displayed on an interactive map which highlighted each region and provided a mini history lesson about it. Another page showed me all the Ancestry members with whom I share DNA. There were more than 1000 matches but they were all very distantly linked; the 2 closest were predicted to be 3rd or 4th cousins. It is possible to message the people you’ve matched with, and my mother, who also took the test, is now corresponding with a possible 4th cousin. But using any of Ancestry’s other services, such as building a family tree or researching genealogical records, requires a premium membership.

The verdict: Based on my family’s history, Ancestry’s estimate was the most accurate of all 3 tests. And while I didn’t find any close relatives, the large database does increase that possibility, making this a good option if you’re interested in tracking down extended family.

Best for: understanding the science

DNA testing has an aura of irrefutable hard science around it. But inferring your ancestry from your genetic markers involves a lot of interpretation and educated guesswork. LivingDNA was the most transparent about this. When I logged on to view my ancestry estimate, there was an introduction explaining how the science works as well as the limits of what it can do. I was then able to view 3 versions of my results: cautious, standard, and complete.

The cautious set is the one they are most sure of, in which any parts of your DNA that could not be identified with certainty are left unassigned. For standard or complete results, they will use a best guess. My cautious ancestry estimate was 43.5% East Asia (27% North China, 16.5% Japan and Korea), 37.7% Southern Europe (27.2% South Italy, 10.5% Iberian Peninsula), 9.3% Near East (4.6% Turkey, 2.3% Iran, 2.4% Levant) and 9.5% unassigned. In the complete estimate, the unassigned region was updated to Central Asia. This was quite different to my other estimates, and included many regions that do not square with what I know about my family.

However LivingDNA was able to explain quite a few of these discrepancies. According to its Support section, it’s currently unable to report on Jewish ancestry. And when I viewed my results (displayed via an avatar and a map) there were “technical notes” attached to several of the regions. They would say things like “if you have Italian ancestry that you didn’t expect” or “if you have Italian ancestry but it is not inferred as strongly as expected” and then provide a possible explanation. From those notes I learned that a mix of Western European and Asian genes can look very similar—and therefore be mistakenly attributed—to Turkish heritage, which probably explains the inclusion of the Near East in my estimate. I appreciated that insight into how the process works as well as their honesty in admitting that they, just like every other consumer DNA testing service on the market, can sometimes get it wrong.

I was unable to find any relatives, as LivingDNA’s Family Network section is not yet operational. But it’s worth noting that this is a UK-based company and a large proportion of its user database has British heritage. So if you know you have UK ancestry, you could have a good shot at locating family once that function becomes available.

In the meantime, LivingDNA does boast one additional feature the other services don’t offer: motherline/fatherline ancestry results, meaning the DNA you inherited through the females in your family if you’re a woman, or through the males in your family if you’re a man. For a general user, the results are probably a bit too technical to understand. Knowing I’m in Haplogroup B4’5 didn’t mean much when I received my results, although I did use that information to help understand the results of a different DNA test (more on that later). But if you’re more scientifically minded than I am, you might enjoy the chance to go deeper into the weeds on your maternal or paternal lineage.

The verdict: LivingDNA felt more detailed than the other services I tried, and empowered me to better understand what I was looking at. They provide motherline/fatherline ancestry results, their test kit was the easiest to use, and they make it easy to download or delete your data, which is great if you’re concerned about privacy. However their estimate was not as accurate as the other services, and they currently do not support member matching.

Best for: DNA testing on a budget

This was the most affordable test, although I had to pay the return postage to their lab in Texas, while the other kits included prepaid envelopes. The kit itself was a little fiddly to use, but when it came to viewing my results, MyHeritage had some of my favorite features. It revealed my estimate through a fun little video and showed my total number of DNA matches at a glance—I had no close family members, 59 extended family members, and 4,738 distant relatives in the network. It also organized my DNA matches by country and by ethnicity; the vast majority were based in the US, with Ashkenazi Jewish heritage. I actually found a relative I already know, a second cousin who lives in Australia. I was able to message them but not able to view the online family tree they had set up, as that requires a premium membership.

My estimate said I was 50.2% Ashkenazi Jewish, 48.6% East Asian (20.7% Japanese, 14.6% Chinese and Vietnamese, 13.3% Mongolian) and 1.2% Native American. This was very similar to my Ancestry.com estimate, although not as detailed when it came to the regions, and it failed to identify any Korean heritage. However the broad strokes were closely aligned with what I know about myself.

Although I had previously chosen to ignore any regions in my estimate with very low percentages, the 1.2% Native American mention was a surprise. Another user might have chosen to believe it, as that’s exactly the sort of discovery that many testers hope for. But I remembered learning about my Haplogroup from LivingDNA. A Haplogroup is a group of people who share a common ancestor. According to LivingDNA, the group I’m in (Haplogroup B) is commonly found in Chinese, Korean and Native American populations. That’s because the Paleolithic humans who settled in North America came via Asia. So while a Native American person and I might share a prehistoric ancestor, and therefore a tiny shred of DNA, it doesn’t actually mean I can claim any Native American heritage.

The verdict: MyHeritage offers similar features and results to Ancestry at a lower price point—although exactly how much lower depends on the cost of mailing your sample. They also have some great user-friendly features and the shortest processing time (4 weeks).

Hopefully you now have a better idea of which DNA test is right for you. As you set out to discover more about your heritage, just remember that a DNA test can tell you certain things about yourself, but it cannot define your identity

BySarah TheeboomJul. 17, 2019
Sarah Theeboom is a food, travel and culture writer based in Brooklyn, New York. She would like to cook more and aspires to grow her own vegetables one day (or at least just tomatoes). Follow her on Twitter @sarahtheeboom and Instagram @tboomful.
Best DNA Testing KitsCompare All
MyHeritage
LivingDNA
Ancestry
Vitagene
Orig3n
Compare All