Mediums on a New Medium: TV Psychics that Have Changed our Relationship with the Uncanny 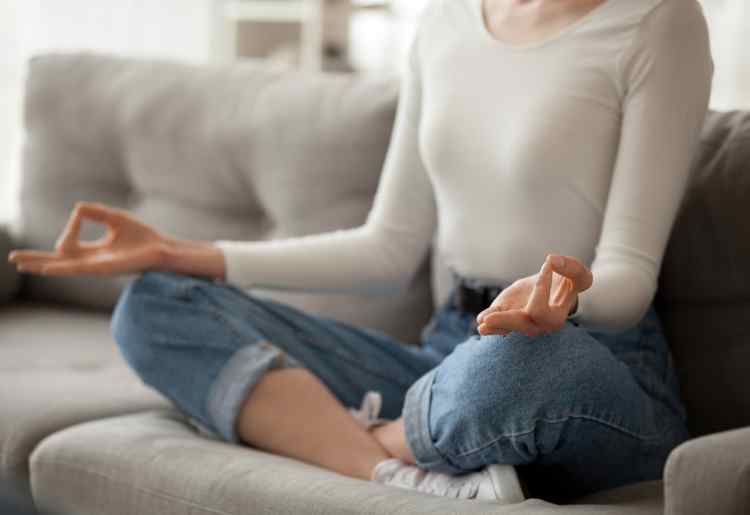 Psychics captured the human imagination back in ancient times—and have never really let go. Throughout the ages, oracles, prophets, and seers have not only fascinated us, but they have given us an outlet where we are free to ask our most pressing questions, confront our hidden desires, and resolve our deepest fears.

Our generation is no different. What has changed is the platform through which we engage with them. No longer the domain of walk-up apartments and beaded curtains, today’s psychics can be found on prime-time TV shows and talk show circuits that allow the masses a more accessible, mainstream encounter with the uncanny. This new breed of the rock-star psychic ranges from celebrity mediums to pet whisperers, from scripted sitcom characters to real-life crime-solvers, all of them finding unique ways to bring the unseen to our living room screens.

A closer look at how psychics have evolved through pop-culture could help us better understand how they see their work today, and give us insight into the nature of our own generation’s most pressing questions, yearnings, and priorities. Below is a roundup of some of the most celebrated psychics of our day, who have changed the psychic landscape and found new ways to help satiate our timeless need for answers.

John Edward and the Psychic “Crossover” into the Mainstream

Credit Larry King as the unlikely catalyst that led to “Crossing Over with John Edward,” the show that put modern psychics on the map by putting them on the screen. Virtually unknown at the time, Edward made an appearance on “Larry King Live” to promote his first book. His appearance elicited such an enormous reaction from viewers that they overloaded the switchboard with calls. A year later, Edward earned his breakthrough TV show.

In “Crossing Over with John Edward,” Edward would appear before live audiences and surprise crowd members with details of their deceased loved ones. Blending the excitement of a game-show, the emotions of a talk-show, and a healthy dose of the uncanny for good measure, “Crossing Over” quickly entered the pop culture zeitgeist and ushered in a new era of mediumship.

Hits and Misses: Edward’s fame reached such a height that he was invited to appear on shows such as “Ellen” and “Jimmy Kimmel Live,” and was even lampooned in an episode of “South Park.” Though sometimes derided by skeptics, Edward was embraced by the public and found widespread success. Still, there were limits on how much the public would tolerate, and it seemed Edward reached one when he attempted to air a special focused on the families of 9/11 victims. Deemed opportunistic by the public, the theme was discontinued, though Edward remains a popular name and continues to draw crowds to his workshops and events.

Both a beloved and controversial figure, Youree Dell Harris—famously known as Miss Cleo—earned her reputation through the Psychic Readers Network, a popular call-in psychic service in the 90s. Though Miss Cleo was a telephone psychic, her image and personality usurped her psychic acumen thanks to her becoming the face of the PSR’s iconic late-night infomercials in which she appeared as a Jamaican shaman. Her unique blend of mystery, humor, and unforgettable catchphrases won her the adoration of a generation, as she is still known as the face of the 90s TV-psychic renaissance.

Hits and Misses: Miss Cleo’s public image and claims of voodoo pedigree earned her both prestige and criticism. Her pop-culture stature landed her roles in commercials, documentaries, and a voice-spot as a character on 2002’s “Grand Theft Auto: Vice City.” But long-standing criticisms regarding her legitimacy came to a head in a complaint filed against The Psychic Readers Network by the FTC (she was, however, dropped from the suit). Though the specter of Miss Cleo’s beloved “Call me now” utterances are somewhat haunted by questions of authenticity, her iconic status, which has continued even after her death, speaks to our overwhelming thirst for all things mysterious and unexplainable.

The Phoenix Police Department still won’t acknowledge whether Allison DuBois and her psychic powers helped lead them to the arrest of the men involved in the “Baseline Killer” case. But the fact that it’s even up for question is a testament to how far psychics have come in the mainstream world. Of course, DuBois’ legitimacy could be bolstered by her fame—DuBois is the real-life inspiration for the prime-time show “Medium,” which featured Patricia Arquette playing her as the lead role.

“Medium” centers around a Phoenix-area medium named Allison DuBois who assists the District Attorney’s office by means of visions and dreams. Running for a total of 6 seasons on NBC and CBS, the show captivated audiences by deftly mixing genres and blending the supernatural with the familiar. Featuring supernatural elements alongside traditional procedural police work, the show bolstered the credibility of mediumship by anchoring it within a familiar format. Throw in some family dynamics with a slight twist—DuBois, in the show as in real life, has 3 daughters who are believed to possess their mothers’ gift, leaving only her husband as a supportive if not-befuddled outsider to his family’s powers—and you can see how “Medium” drew psychic phenomena even closer into the everyday world.

Hits and Misses: DuBois’ profile skyrocketed thanks to the show, but she remains grounded and committed to promoting mediumship as a sober, respectable craft. She has authored 3 books, and though the police won’t acknowledge her participation in official cases, she discusses her processes openly with the public. Her claims have led to criticism from skeptics, however, notably from the James Randi Educational Foundation.  The foundation challenged DuBois to participate in its One Million Dollar Paranormal Challenge, which rewards a cool million to anyone who can demonstrably prove paranormal ability.

Psychic Sonya Fitzpatrick is something of a household name these days. At least in houses inhabited by creatures of the furry kind. Fitzpatrick, the self-proclaimed Pet Psychic whose “Animal Planet” show of the same name earned her a spot in the hearts of animal lovers across the globe, says she can communicate with animals both living and deceased.

After her much celebrated TV show, she went on to write books, appear on talk shows, and host her own SiriusXM show. Her services include helping pet owners understand their animals’ needs, communicating with deceased animals, and helping owners overcome their sense of loss, guilt, or grief at having lost a pet. Her fame, as well as that of the multitude of pet psychics who have sprung up in her wake, could be a comment on our evolving relationship with pets and our view of them as legitimate members of the family. Her services aren’t solely the province of the sentimental, though. Fitzpatrick has also worked with racehorse owners and circus promoters to help them foster a better, and thereby more profitable, relationship with their animals.

Hits and Misses: Fitzpatrick’s love of the animal kingdom, her sensitivity to animal energies, and her ability to help people forge better relationships with their own pets—whether of this world or the next—has made her the go-to authority on animal communication. She has appeared as a guest on “Ellen” and “The Steve Harvey Show,” and hosts her own SiriusXM show that has gained its own rabid following. But she’s also rankled a few feathers along the way, most notably of those in the veterinary industry, who took issue with her claims that veterinary medicine can lead to disease in animals and be a detriment to their physical and spiritual health. Nonetheless, her popularity, and the pet-psychic industry she spawned, speaks to our desire to connect with more of the natural world than ourselves and other humans.