10 Types of Eating Disorders and Their Symptoms

Hugo Huijer
Last updated: Jun. 22, 2022
It is estimated that 8 million Americans suffer from some type of eating disorder, many of whom never receive an official diagnosis. Eating disorders have the potential to cause serious consequences such as muscle fatigue, fertility loss, kidney failure or even death.

Fortunately, the symptoms of the different types of eating disorders are well documented and treatment options are readily available. If you suffer from any of the eating disorders described below, the aid of a licensed therapist, either in-person or via an online therapy platform, can help ease your symptoms and even treat the root cause of your difficulties.

In this article, we’ll cover the symptoms of 10 eating disorders and suggest how they can best be treated.

Anorexia nervosa, usually referred to simply as anorexia, is a common eating disorder that is estimated to occur in 0.9%-4.3% of women and 0.2%-0.3% of men in Western countries at some point in their life. People that suffer from anorexia generally have a body-mass index (BMI) below 17.5, and are living with a fear of gaining weight and an irresistible urge to be thinner.

The symptoms of anorexia are numerous and can be life-threatening. One such is amenorrhea, which causes menstruation to stop in women and can eventually lead to fertility loss. Anorexia can also result in psychological issues, such as low self-esteem, anxiety disorder, and depression.

Anorexia Nervosa can be treated with different types of therapy. Methods such as Cognitive Behavioral Therapy, group therapy, and dialectical behavior therapy have been found to be effective in treating Anorexia Nervosa.

Bulimia nervosa is another serious eating disorder, and bears some resemblance to anorexia. People suffering from bulimia nervosa are prone to eat large quantities of food in a short time. After, individuals often try to purge themselves of the food by vomiting or using laxatives. In more serious cases of bulimia nervosa, this cycle can repeat itself several times a day.

People suffering from bulimia nervosa are known to have an electrolyte imbalance, which can lead to cardiac arrest and even death in some cases. Other more common symptoms include a sore (or ruptured) throat, muscle fatigue, low blood pressure, dehydration, and dizziness.

Binge eating disorder is one of the most common of all eating disorders among adults. Like people with bulimia, those suffering from BED are prone to compulsive overeating in ways that are physically and psychologically harmful. During a binge-eating episode, people suffering from BED often continue to eat despite feeling uncomfortably full. BED has been linked with multiple health issues, such as obesity, poor body image, low self-esteem, and depression.

Where BED differs from bulimia is that people suffering from it are not driven to purge themselves of the consumed food.

However, the symptoms of purging disorder are similar to that of bulimia and include swelling of the parotid gland, cavities, dehydration, and muscle fatigue.

As with other different eating disorders, purging disorder is often caused by a perceived pressure to be thin, causing a person to be dissatisfied with their body. If you’re diagnosed with this eating disorder, you will most likely benefit from therapy such as cognitive behavioral therapy.

Pica is an eating disorder that makes a person crave things that aren’t food. Pica is most often observed in children. For example, a child may be diagnosed with pica when he or she compulsively eats dirt or sand off the ground. Research has shown that pregnant women are also frequently diagnosed with pica.

The extent of the harmful impact of pica is often determined by the ingested substance. For example, some people suffering from pica ingest soap, drywall, stone cobbles, nails, or even pieces of lead.

This type of eating disorder can be caused by an iron deficiency, which can be treated by simply changing your diet. However, more often than not, the causes are of a psychological nature. Or in the case of a child, that child may still be in a developmental stage. In these instances, therapy can be an effective treatment. If your child or teenager suffers from pica eating disorder, the online therapy platform Teen Counseling can match you with a specialized therapist.

Rumination disorder—or rumination syndrome—is an eating disorder that causes people to regurgitate their meals after eating them, often involuntarily. Normally, this occurs anywhere between 30 seconds to an hour after consuming the food. Since the stomach hasn’t had the chance to digest the food yet, it often still tastes normal and non-acidic.

Compared to other eating disorders, ARFID is not caused by a compulsive need to lose weight or a negative body image. Thus, most people with diagnosed ARFID still maintain a healthy diet and body weight.

Whereas people normally follow a circadian rhythm and eat during the day, people suffering from NES consume at least 25% of their daily caloric intake during the night. They may wake up multiple times during the night specifically to consume food and are also likely to suffer from obesity.

People suffering from this eating disorder are also prone to experience anxiety, depression, and diabetic complications. If you suffer from NES and anxiety, check out these apps that can help you deal with anxiety.

Orthorexia nervosa is an eating disorder that causes people to compulsively focus on eating healthily. Even though eating healthily is good, people suffering from Orthorexia nervosa obsess about it to a degree that does more harm than good. It differs from other eating disorders in that it isn’t caused by a compulsive need to lose weight or be thin.

People suffering from this eating disorder may believe that a certain ingredient is linked to a disease such as cancer and therefore completely remove this ingredient from their diet. If you’re suffering from Orthorexia nervosa, this disproportionate response can result in severe malnutrition, even though you’re motivated to make healthy choices.

People that suffer from this eating disorder are known to regard food primarily as a source of health rather than pleasure. This can result in a diet that lacks important components such as fats, which are essential for your health.

In the short term, this will result in symptoms such as fatigue, excessive thirst and hunger, an inability to concentrate, and an electrolyte imbalance. However, in the long term, the symptoms can become more severe. People who suffer from DiaBulimia long term are at risk of serious kidney damage, delayed puberty, heart problems, and sometimes even death.

When to seek help

If you recognize any of these eating disorders and experience some of the symptoms, you should seek help immediately. Many symptoms become more severe over time if the disorder is left untreated. If you do need help, BetterHelp’s online therapy platform could be a good place to start. It has a huge network of licensed therapists, many of whom specialize in eating disorders, meaning you will be quickly connected to someone who is qualified to treat you.

Millions of people suffer from food intake disorders every year, with severe consequences. If you feel like you may be suffering from one of these eating disorders, it’s important to become aware of the potential consequences. Most of these disorders are treatable with therapy. With the lower cost of online therapy platforms, you can access a licensed therapist to get the help you need at a reasonable price.

ByHugo Huijer
Last updated: Jan. 26, 2023
Hugo is a mental health expert and advocate. He is a health data junkie and founder of TrackingHappiness.com, a mental health and psychology website that analyses hundreds of studies to provide insights on living happier, healthier lives. Its articles and independent research, based on insights garnered from the TrackingHappiness app, have appeared in Forbes, the Association for Psychological Science, Psychology Today and the Good News Network. 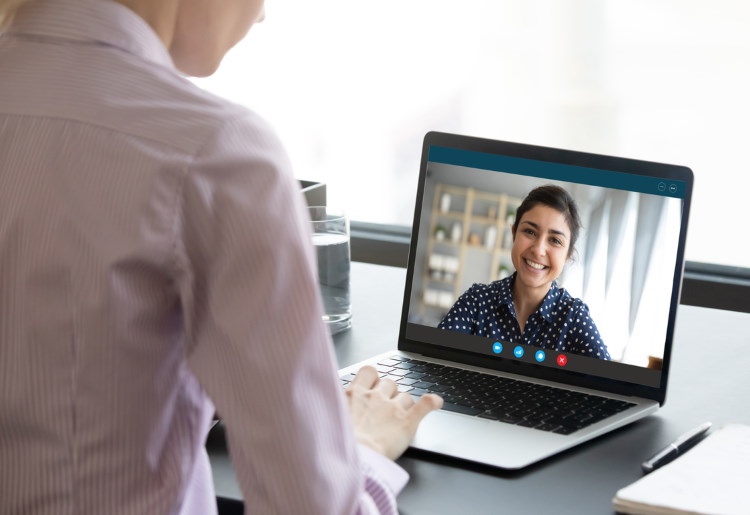