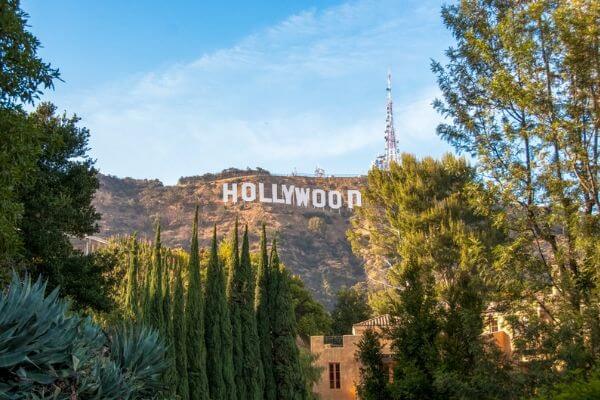 They may have disposable incomes, invitations to some of the most prestigious and exclusive events in the world, a staff at their beck and call, and rub shoulders with some of the most celebrated names in the entertainment industry, but in many ways, celebrities aren’t so different from the rest of us.

Even some of Hollywood’s biggest stars need guidance from a spiritual entity every once in a while. When faced with uncertainty, celebrities also put their trust in psychics to answer their biggest questions and gain insight into unresolved problems. From Hollywood’s biggest movie stars to Grammy winning artists—these 8 celebrities have consulted a trusted spiritual advisor:

The actress told The Hollywood Reporter that she’s had several experiences with mediums. Her pick? Thomas John, who predicted a woman in a white dress falling at the Oscars, a new pope, and a US terrorist attack in April. The 28-year old consults many prominent public figures, from Hollywood stars to beauty executives, and has a 6-month waitlist.

With a few decades in Hollywood under his belt, the actor has kept his movie star career shining bright while having his private life play out for the rest of the world. It seems he owes some of his most important decisions concerning his career and personal affairs to psychic Ron Bard, psychic to the stars.

The witty comedian is known for pushing the envelope on her show, which is why many viewers may have felt caught off guard when one of her guests was psychic James Van Praagh. During the episode, Van Praagh helped Handler try and reach out to her deceased mother, but that wasn’t the last of her spiritual sessions. She’s been rumored to frequent psychics for everything from career to romantic advice.

The press have reported on Jennifer Lopez’s visits to psychics several times during her incredible career as an actress, entrepreneur, dancer, and singer. Lopez paid her Los Angeles medium a visit before major milestones in her life, including a wedding she ended up canceling. She also stopped to see a psychic when filming “Angel Eyes” in Toronto.

The country singer stopped by “Hollywood Medium With Tyler Henry” so that E!s resident psychic could connect him with his late grandfather. Henry was able to conjure strong images of the patriarch and on the episode, Eldredge admits he was impressed by Henry’s accuracy and his ability to channel someone who had already passed. Though skeptical at first, the singer became a believer when Henry was able to identify key details about his grandfather.

In June 2017, Tyler Henry visited Khloe Kardashian and her sister, Kylie Jenner. His reading (which now seems to have foreshadowed a massive cheating scandal by then partner Tristan Thompson), mentioned a situation in which someone tried to “get with one sister and then with another.” A confused Kardashian also asked Henry why he continued to refer to her “next boyfriend,” even though she was in a committed relationship at the time. During the episode, the medium told Kardashian that she hadn’t reached her romantic peak, and a short time later, news of Tristan’s betrayal reached the headlines.

Denise Richards apparently believes in the unseen. To help her reach out to her deceased mother, the actress visited psychic John Edward and even told Page Six about her experience: "I've just become friendly with a psychic medium my mother met shortly before she passed on. I wanted to believe Mom was still around. I wanted a reading. I wanted to believe in some form of reincarnation. I need to think in whatever way I can that my mother is still with us."

This one may come as a surprise, but one of Hollywood’s most celebrated actors in recent times has also sought out help from a medium. Clooney reportedly saw a psychic to help him deal with grief surrounding the passing of his pot-bellied pig, Max. And the session had a nice ending: the medium was able to tell the actor that Max was at peace.

From reality TV stars to major movie stars, country crooners and comedians, many of the entertainment industry’s most talented have sought out less “traditional” methods of finding answers to their questions and desires. Though not yet a mainstream avenue, psychic readings have become increasingly popular, and have even caught Hollywood’s attention with TV shows such as “Hollywood Medium With Tyler Henry,” and Theresa Caputo’s “Long Island Medium” airing on popular networks. While some stars prefer to keep their sessions private, it doesn’t take a fortune teller to conclude that mediums won’t be out of business anytime soon. Wondering the best way to give a psychic reading a try? Check out our list of the best psychic reading websites.

Mid-Year Psychic Scorecard: What 2020 Predictions Have Come True So Far?
Read More
Which Predictions Did Psychics Get Right in 2019 and What Can We Expect in 2020?
Read More
Why Online Psychic Readings Are Perfect For First-Timers
Read More
See all articles
Recommended Reviews
Love is complicated, mysterious, and the key to so much of our...
Visit Site
Read Review
Psychic Source is the oldest, most experienced online psychic...
Visit Site
Read Review
Kasamba is a tried and tested destination for online psychic...
Visit Site
Read Review
For more than 2 decades, California Psychics has helped people...
Visit Site
Read Review
PsychicCenter is an online psychic service providing members...
Visit Site
Read Review
Psychic Encounters offers psychic readings by phone or video...
Visit Site
Read Review
Save time & money with the latest Top10.com lists
Sign up now and get the good stuff
Complete sign up to post your review
Sign up with:
Or
By signing up you agree to ourTerms of Use&Privacy Policy
Already a member?
Go ahead, and do your log in thing
Log in with:
Or
Forgot Password?
No big deal. Just enter your email below and we'll send you verification code.
Sent! Check your inbox
Reset Password
Your reset is all set!
Wow, you've got that registered glow about you
Thanks for signing up! A verification email is on its way. Please check your inbox
Wow, you’ve got that registered glow about you
Thanks for signing up!
Your account has been verified
Let's get our Top10 on
Verifying...
Email sent
Uh oh. Looks like something went wrong
Click here to receive a new verification link.
Loading..
Uh oh. Looks like something went wrong
Please try again later..