Top 10 ﻿﻿Foods to Avoid on the Paleo Diet

Detrick Snyder
Last updated: Jun. 20, 2022
With so many different versions of the paleo diet to choose from, keeping track of what to eat and what to avoid can be difficult.

Remember, paleo diets can be quite healthy when done right. So first pay attention to getting your healthy lean protein and lots of vegetables, and then decide which foods you should get rid of and which ones work just fine for you.

Sugar is the first food that has to go on any paleo diet. This recommendation is perfectly in line with national guidelines to reduce sugar intake, so you’ll only see beneficial effects when cutting your sugar intake.

Some sources of sugar are paleo-friendly. Honey, maple syrup, molasses, and many others are minimally processed natural sweeteners. Feel free to eat these in moderation, but avoid eating an excessive amount.

Even though these natural sources provide some micronutrients, a lot of natural sugar is still a lot of sugar, and that's not good for your health!

If you're looking for a no-fuss paleo meal delivery service, then check out Sunbasket for healthy and delicious paleo meals delivered straight to you!

There was certainly no caveman familiar with saccharine, sucralose, or aspartame, so these artificial sweeteners are of course off-limits on a paleo diet.

Sugar alcohols are actually sourced naturally, but the processing they require may be a step too far for some paleo dieters.

The best natural, calorie-free, paleo-friendly sweeteners to help you curb a sugar craving are stevia and monk fruit, both of which are generally regarded as safe by the FDA.

No matter which version of the paleo diet you go with, every one of them points the finger at grains.

It's no surprise: eating excessive refined grains is linked with unhealthy weight gain and diabetes. That’s one reason why the Dietary Guidelines For Americans recommends limiting how much refined grains you eat.

That said, paleo diets exclude all grains, not just refined ones.

In reality, this may not even be justified. Archaeological evidence from more than 100,000 years ago shows that our paleolithic ancestors did actually eat small amounts of whole grains, including the precursor to modern wheat.

So if you're following a paleo diet, take rigid recommendations with a grain of salt. The added flexibility will probably help you stick with it long-term anyway!

Sometimes ancient grains like quinoa, amaranth, and buckwheat are allowed in moderation since these are seeds with ancient origins. Cassava, almond, and coconut flours all make good wheat substitutes.

If you're having trouble sticking to a paleo diet, try out a more flexible paleo diet like d. Having your meals delivered is definitely one way to cut out the hassle of a fairly restrictive meal plan.

Although some of these oils may be good for health, the conventional refining, bleaching, and deodorizing process may damage sensitive fat molecules, which can in turn damage your health.

So what oils are permitted?

All paleo diets allow for animal-based fats like lard. Not used for cooking, but still allowed on paleo, are flaxseed oil and fish oil.

The introduction of alcohol to human diets 9000 years ago signifies one of the earliest transitions from caveman to modern human.

The domestication of plants and animals marked the end of the stone age, and yeast — which makes alcohol from sugar —  was one of the first organisms domesticated by humans.

For these reasons, alcohol is decidedly not paleolithic.

Even official guidelines agree with paleo prescriptions. The health risks of excessive alcohol consumption are well-documented, including liver damage, cancer, and weight gain.

Coffee and tea are sometimes excluded on the paleo diet.

Although there’s no evidence of prehistorical coffee and tea drinking, with the oldest clay pots, ever discovered being 20,000 years old, primitive caffeinated beverages are not out of the question!

Plus, when you take into account the antioxidants in coffee and tea which may be responsible for their positive effects on health, it’s hard to justify not drinking them!

On the other hand, green tea and coffee can have negative effects on some people. Rapid heart rate, temporarily increased blood pressure, dehydration, and diarrhea are common side-effects of too much caffeine.

Even if the jury is still out on whether coffee and tea should be part of a strict paleo diet, there’s no specific reason they are not allowed. If you dink them, choose high-quality products, drink them in moderation, and see how they affect you individually.

7. Potatoes and other root veggies

Root vegetables are a dividing line in the paleo community.

Are beets and yams okay? Maybe.

Are potatoes okay? Maybe not.

Some say that the high starch content of potatoes marks them as off-limits for paleo diets. Adding evidence to this position is the fact that undomesticated potatoes have toxic levels of alkaloid antinutrients, making them unfit for consumption.

On the other hand, root veggies and tubers have been consumed by human ancestors for tens of thousands of years.

Many root veggies are associated with positive effects on health. Being moderate on the glycemic index, high in micronutrients (particularly concentrated in the skin), and being an affordable and readily available vegetable, root vegetables have a lot going for them.

The most paleo-friendly root veggies are beets, fennel, sweet potatoes, and yams. White potatoes can go both ways, so see how they affect your health and decide for yourself whether they belong on your plate.

If you’re worried about making the wrong choices when you start a paleo diet, check out Top10’s list of Paleo Meal Delivery services and have your work cut out for you!

Because dairy was first consumed about 6000 to 10,000 years ago, all dairy products are off-limits on paleo. Considering how prevalent lactose intolerance is, this works well for many.

That said, research shows that human genetics have evolved since the introduction of dairy.  Lactase persistence — when people are able to digest lactose into adulthood — emerged in human genetics 5000 — 10,000 years ago among certain groups of people.

If you come from North African, Middle Eastern, or North-West European descent, you may be one of the lucky ones who has that genetic advantage!

The best way to determine whether dairy works for you or not is to try it out. If you feel the negative effects of dairy consumption, then don't drink it. But if you find no ill effects, then dairy could be part of your healthy diet.

Legumes and beans get a bad rap in the paleo community.

Anthropological evidence shows that we have been eating legumes for well over a hundred thousand years, but the reason legumes are excluded on paleo is not an evolutionary one.

Raw beans are high in antinutrients called lectins and phytates. They can deplete the minerals in your food, and some sensitive individuals may experience other negative health effects from them, which puts them on the “no” list for paleo dieters.

It’s easy to minimize or eliminate these antinutrients and eliminate any potential negative effect they may have on your health. Using sprouted beans and/or soaking them ahead of time drastically lowers their antinutrient content.

Beyond that, high-temperature cooking (boiling or pressure cooking) significantly reduces the phytates and completely eliminates the lectins from your legumes.

Peanuts are particularly demonized for their high content of omega-6 fatty acids. However, the American Heart Association recommends omega-6 polyunsaturated fatty acids to help reduce the risk of heart disease. It’s probably better to focus on eating more omega-3’s (ie. fish) than limiting omega-6’s, according to some experts.

Nightshade fruit and vegetables — including peppers, potatoes, tomatoes, eggplant, and tobacco — are only occasionally excluded on some very rigid paleo diets.

The plants that nightshade vegetables come from are high in alkaloids —  anti-nutrients similar to the ones found in wild potato skins — but should not be a concern for most people.

Why? The solanine content of the vegetable or fruit itself is dramatically lower than that found in the green plant material.

Regardless, some people may still be sensitive to the low levels of solanine in nightshade vegetables. As with most other things, test it for yourself and figure out what kind of eating pattern works best for you.

The core diet recommendations of most paleo diets are supported by sound science to foster health. Minimizing refined grains, sugar, alcohol, and refined oils are all effective strategies to promote health and are endorsed by various official dietary recommendations.

When you get into the weeds, many paleo diets have different stances on other foods to eliminate. On the list of foods that are sometimes avoided, specific seed grains like quinoa, coffee and tea, potatoes and other root veggies, dairy, legumes, beans, peanuts, and nightshade vegetables are all candidates for exclusion.

If the paleo diet seems a little too stringent for you, check out our list of other Meal Delivery services for convenient meal plans delivered to your door. This cuts out a lot of the work, letting you focus on figuring out what the best diet looks like for you.

Ultimately, for a diet to work, it has to be compatible with you. So experiment with what you eat, personalize your diet, and see how these foods affect your individual health. 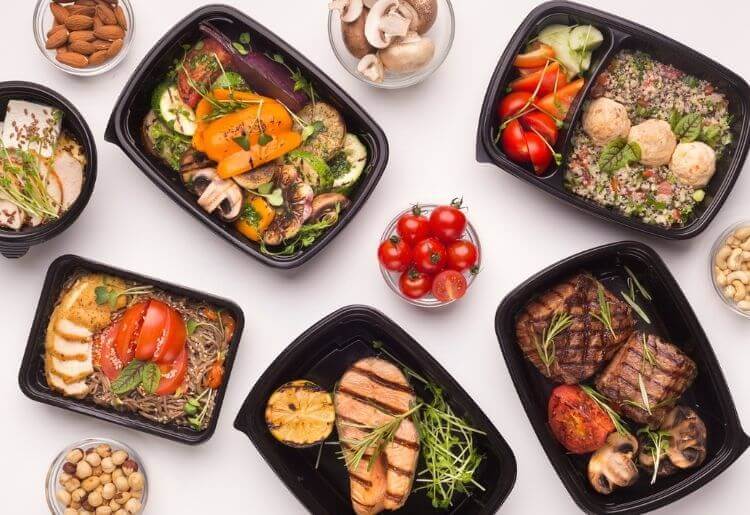 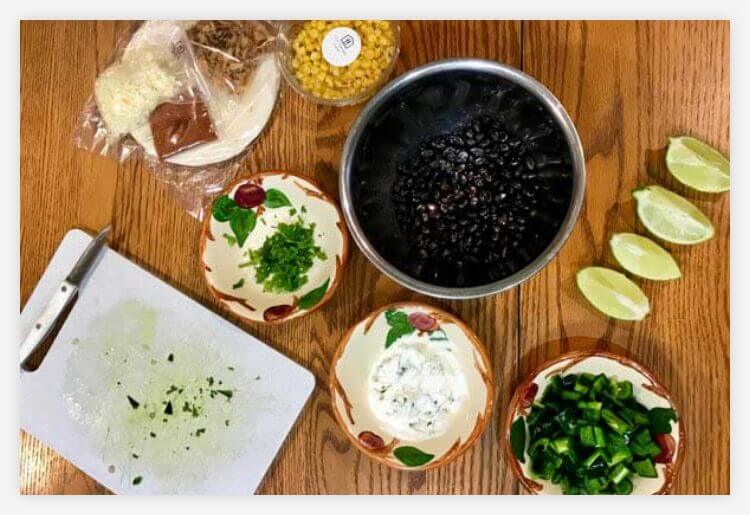 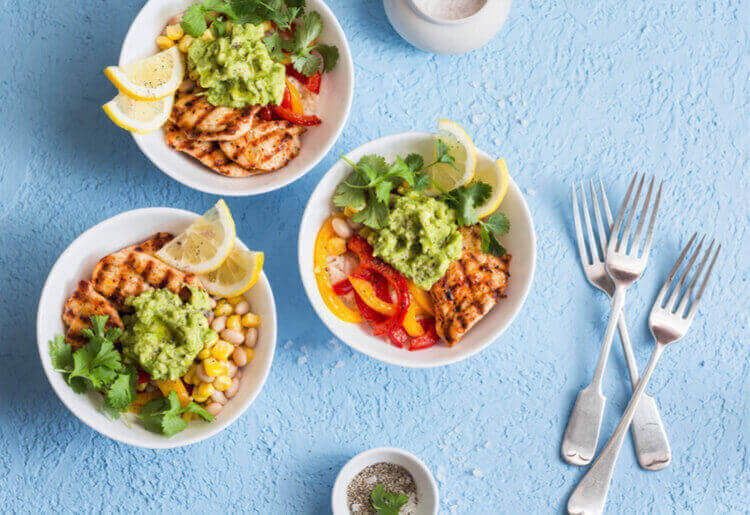