These Are the 10 Most Overweight Cities in the United States

Michael Graw
Last updated: Jun. 22, 2022
According to the CDC, more than 42% of Americans are obese. That’s more than 87 million US citizens who are at risk of weight-related health problems, higher medical costs, and significant difficulty with day-to-day life.

While obesity is a national epidemic, not all US cities experience weight issues to the same degree. In this article, we highlight the top 10 fattest cities in America in 2023.

The McAllen-Edinburg-Mission Metropolitan Area (MSA) in Texas is, according to various health surveys in the region, the fattest city in the US in 2023. Data shows that the 775,000-resident city had an obesity rate of 44.9%.

That’s, in part, because McAllen has one of the lowest rates of physical activity among adults. A whopping 36.9% of adults in the metro area reported being physically inactive. But, while the Texas heat certainly doesn’t inspire movement, McAllen residents also reported eating very few fruits and vegetables compared to the national average, giving it its unfortunate place at the top of this list.

Memphis, Tennessee, is right behind McAllen when it comes to residents’ weight and related health issues. More than 70% of locals are obese or overweight, and the city ranked 6th for its share of physically inactive adults. With a population of 650,000, that means that nearly half a million people in Memphis are overweight.

The good news is that Memphis is well aware that it has a problem. The city has been actively developing greenways and supporting farmers’ markets to promote healthier lifestyles. And these efforts have already helped Memphis move out of the #1 spot for the fattest city in the US, which it held as recently as 2012.

Baton Rouge, Louisiana, has an obesity rate of more than 33% and is the 3rd-fattest city in the US in 2023. Despite a long history of weight-related health problems, Baton Rouge has struggled to slim down. In the past three years, the city sadly moved from the #9 spot to the #3 spot on the list of the fattest cities in America.

A big part of the issue for Baton Rouge residents is a lack of access to fresh fruits and vegetables. The city has the 3rd-lowest rate of fresh food consumption of any US city. Processed foods are known to contribute to weight gain, which helps explain why Baton Rouge continues to face serious problems.

Little Rock, Arkansas, was ranked as America’s fattest city in 2018. So, the area has clearly made significant strides in falling to 4th place. In fact, going against the general trend, the city’s obesity rate has been dropping rather than rising in recent years.

That’s thanks, in large part, to policies that have been introduced to trim residents’ waistlines. For example, all Arkansas schools are now required to implement physical education programs and to provide their young students with meals that meet specific dietary guidelines. The state of Arkansas and the city of Little Rock have also partnered to build greenways that encourage biking and walking.

Shreveport and nearby Bossier City, Louisiana, ranked 13th in the US for their proportion of obese adults. However, both still landed 5th on the list of the top fattest cities because they have the overall steepest rates of residents with high cholesterol in the nation and the 2nd-biggest number of locals with high blood pressure. Together, these two factors pose significant health risks to the area’s 250,000 inhabitants.

Still, residents have been working to improve their eating habits. Only last year, Shreveport was ranked the 2nd-fattest city in the US. In 2023, it’s doing significantly better than nearby Baton Rouge.

Birmingham, Alabama, faces multiple issues that contribute to making it the 6th-fattest city in the US. The majority of residents rely on local convenience stores for food, meaning that they have little or no access to fresh fruits and vegetables. At the same time, more than 31% of residents reported having no physical activity in the past 30 days, according to a CDC survey.

More broadly, Alabama has seen skyrocketing obesity rates in recent years. In 2000, just 22.6% of the state’s population was obese. Today, that rate is more than 36%. While this number has held steady since 2018, Alabama and the city of Birmingham have not yet succeeded in encouraging residents to trim their waistlines.

Jackson, Mississippi, was the fattest city and the 2nd-most clinically obese city in the US in 2017. So, it’s made a significant leap in falling to #7 on the list this year.

Still, Jackson has a long way to go. The metropolitan area has an obesity rate of over 50% and nearly 25% of the adult population is diabetic. Healthcare costs in the area have shot upwards in recent years, too, in large part because of weight-related health problems. The city is working on greenways and other incentives to help residents lose weight, but it could be several more years before Jackson is able to turn the tide in its fight against obesity.

Mobile is the 2nd Alabama city to make the top 10 list, along with Birmingham. Unlike Birmingham, though, Mobile has seen the prevalence of obese and overweight adults in the city continue to climb in recent years. Today, more than 36% of Mobile residents are obese and an additional 24% smoke.

That combination puts the city’s inhabitants at severe risk of health problems like diabetes and heart disease. In fact, Mobile has a diabetes rate of nearly 18%—one of the highest in the country. While the state of Alabama has established a task force to fight back against the obesity epidemic, Mobile itself lags behind other cities in building infrastructure for healthy living, such as greenways.

Lafayette, Louisiana, is the smallest city on the list, with a population of just 126,000. However, out of those 126,000 residents, more than 28%—or 35,000 people—are obese. That rate has held in recent years, which is somewhat surprising in a small city where targeted interventions have the potential to make a big difference.

The two major issues facing Lafayette locals are a lack of exercise and easy access to fattening foods. The city has little in the way of recreation infrastructure to make walking or biking easier for residents. At the same time, Lafayette is known for its decadent Southern cuisine, which is often deep-fried and calorific.

Knoxville, Tennessee, rounds out the list of the top 10 fattest cities in America. The city is among the worst in the US for making fresh fruits and vegetables available to residents, which has helped contribute to an obesity rate of 28.7%.

While Knoxville is doing much better than nearby Memphis, the city’s inhabitants could still benefit from slimming down. Knoxville is ranked 11th-worst in the country for its prevalence of heart disease, and 14% of residents suffer from diabetes.

Obesity in America has been described as an ‘epidemic’ and rightly so. The fattest cities in the US all have obesity rates of over 25%, with many tipping the scales at over 35%. Throughout these metro areas, residents suffer from severe health consequences like diabetes, heart disease, and reduced mobility.

Whether you live in one of the fattest US cities or not, there are steps you can take to fight back against excess weight gain. Check out our list of the top 10 weight loss plans to help you reach your health goals today.

ByMichael Graw
Last updated: Jan. 04, 2023
Michael Graw is a freelance journalist and photographer based in Bellingham, Washington. His work has been published on a wide selection of popular websites, and he has built a solid reputation for his writing in the technology and finance sectors. Michael has a particular interest in new technology and runs a small business where he constantly puts the latest web, business, and consumer tech through its paces.

The information on this site is based on research, but should not be treated as medical advice. Before beginning any new diet plan, we recommend consulting with a physician or other professional healthcare provider. Results may vary based on various health factors, individual weight loss plans and adherence to the meal plan.

Best Weight Loss PlansCompare All
Nutrisystem
Noom
Trifecta
Blue Apron
Factor
Compare All
Must Reads
Does the Noom Diet Really Work? My Honest Thoughts After 10 Weeks
Read more
These Are the 10 Most Overweight Cities in the United States
Read more 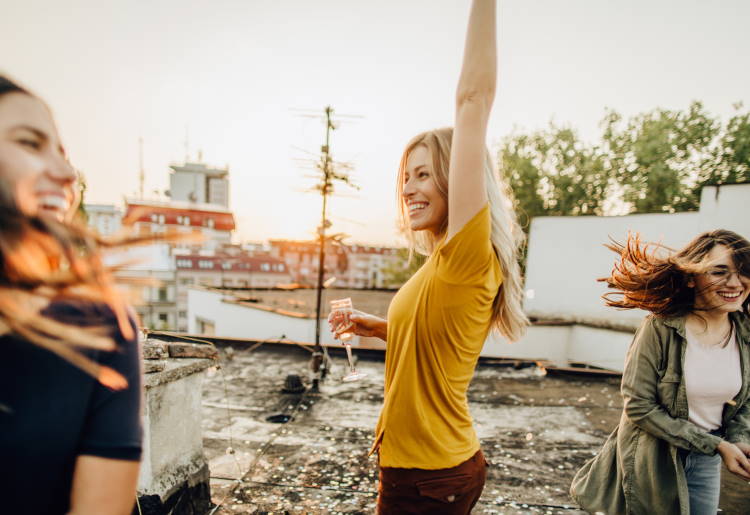