When You Should Use Showbox and How 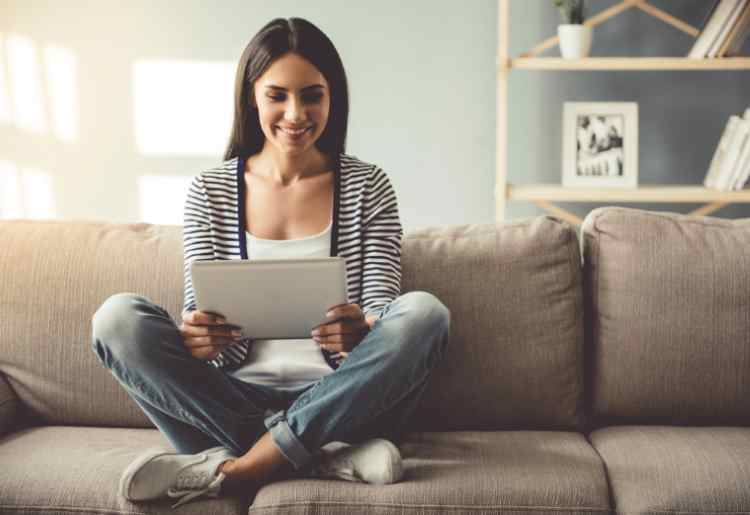 If you’re into streaming movies or TV shows, you’ve probably heard about Showbox. It’s a fabulous app that will let you get all of your favorite shows and movies for free on your tablet, smartphones, and computers. There's even an option to download content to your device, drawing from a huge network of both P2P and non-P2P seeders.

The app differs from others of the same kind by providing users with real quality content—the good stuff—that's really free. No strings attached.

Simply put, Showbox is a great option...sometimes. But like many good things in life, the Showbox popularity streak may be coming to an end. The popular streaming app has come into question lately, leaving users wondering whether or not this is the best choice for getting their fill of weeknight entertainment.

When You Should Use Showbox

Of course, not everyone is as worried about using their Showbox app as others are. For example, if you’ve downloaded a safe version of the app (more on that below), are taking precautions to safeguard your IP address (more on that one too), and are using the app for streaming exclusively (i.e., not downloading), you might be just fine. Considering Showbox has a tremendous library of the most popular movies and shows out there, if you fall into this category, it is safe to say that Showbox is a great option for you.

When You Should NOT Use Showbox

Of course, this awesome solution isn’t the right choice for everyone. In fact, in many situations, Showbox can be the worst option for you. Why? Because it walks the fine line of legal ambiguity. That is, Showbox deals with copyrighted content that doesn’t belong to it. It’s illegal to download copyrighted content without express permission to do so, but streaming, on the other hand, is a gray area. There aren’t clearly defined rules and laws about this. So, users of the app are taking a risk. And if you end up getting caught, it could amount to some serious consequences for you, including copyright infringement.

What’s an even bigger issue is that Showbox isn’t a Google Play Store app. You have to download it from a third-party app store, and we all know what that means—thousands of rip-off versions of the app, and most of them laden with some sort of virus, malware, or other infectious disease that you don’t want to put on your device. Yes, finding a legit copy of the Showbox app can be challenging.

Having Your Cake & Eating it Too

Putting all questions of legality aside, if you’ve made the decision to use Showbox, there's one thing that you need to do to protect yourself from harm: use a VPN. Your internet service provider (ISP) logs everything you do and everywhere you go online. So, when you use the Showbox app on your device, the ISP records this activity. Since your ISP doesn’t want to deal with legal actions, they will likely hand over this information to any legal bodies asking for it, leaving you up the creek without a paddle. This is why a VPN is so important.

A VPN cloaks your online activity, hiding where you go and what you do even from your own ISP so that nobody knows whether you've been using an app to watch pirated content, go shopping, or do your taxes. It’s all hidden. If you’re using Showbox, here are 5 of the best VPNs to keep your connections safe and secure.

Known to be one of the top picks for streaming content, Cyberghost boasts an impressive 3,600 servers around the world and fully supports P2P torrenting and streaming. That makes it a fast streaming service, but Cyberghost has other tricks up its sleeve as well. This VPN provides users with a dedicated IP for even faster streaming than usual, is compatible with iOS, Android, Windows, Mac, and all sorts of smart tech, and has a strong no logs policy. Cyberghost even has a 45-day money-back guarantee. That’s a solid product.

Norton is one of the biggest names in online security, so it’s not surprising that its VPN service is top notch. You get the same kind of quality customer service, safety, and privacy features that you get from all other Norton products, and now you can apply them to streaming your favorite shows. Norton VPN is a simple product that anyone can use. It takes moments to set up, and what’s even better, this brand has some of the best speed test results in the industry. When you’re streaming, you need to have fast speeds, which is why Norton is such a good option for Showbox fans.

When it comes to streaming or downloading with the Showbox app, there are a few key bases to cover: privacy, privacy, and privacy. Fortunately, NordVPN has all its networks locked down like Fort Knox, so your privacy is always safe with this VPN service. NordVPN falls under the Panama jurisdiction, so no logs are ever kept or required. It also has a double VPN for added security and provides built-in online security threat features to keep you safer while surfing and streaming. All in all, it makes for one of the most impressive and reasonable packages for Showbox users.

ExpressVPN has been the unrivaled champion of VPN services for years now. Lately, its title has come into question with other popular brands contending for the crown. But regardless of position, ExpressVPN is still one of the best options for streaming Showbox shows and movies anywhere. It’s got thousands of servers around the world, supports up to 3 device connections simultaneously (unlimited connections), and works on your home routers as well. Best of all, though, ExpressVPN has some of the fastest speeds around, so you’ll never have to deal with that annoying lag or pause in streaming with this VPN.

ZenMate is a smaller VPN service that is no less powerful than its larger competitors. While there aren’t as many servers in its bank, ZenMate more than makes up for it in security protocols, features, and speed. The VPN is known for having great speed test results, and ZenMate offers users some killer features like an automatic kill switch that’ll knock you offline in case your connection is ever compromised. ZenMate has browser extensions for all major browsers, including Firefox, Chrome, and Opera, so you can get your VPN set up in seconds and keep it there all the time.

While these services are the tops, there are other VPNs that’ll also work well for Showbox users. Here are a few that deserve honorable mentions:

IPVanish: With 1,500 servers, access to a range of protocols, and up to 10 simultaneous device connections, IPVanish makes a good option for streamers everywhere.

Surfshark: Surfshark has a lot going for it, but the biggest perks of this close runner up are unlimited device connections, compatibility with all OS and devices, and plans for just a $1.99/month.

PureVPN: PureVPN is a good option for people looking for anonymity and security. With P2P virus protection, port forwarding, and alternative payment acceptance, PureVPN has you covered.

Tunnelbear: Tunnelbear offers some serious security features, after all, it’s owned by McAfee. It’s also got roughly 1000 servers, supports up to 5 devices, and has a decent free plan.

Ready to settle down for an epic MCU marathon, catch up on the last few episodes of your latest series crush, or just veg in front of a screen for a couple of hours to unwind? Then fire up a reliable VPN for veiled privacy, and let Showbox work its magic.

ByAmanda BradleyAug. 15, 2019
Amanda Bradley's interests and experience stretch from business to tech, via marketing, hi-tech and travel. Amanda uses her research and writing skills, together with her curiosity about every field and industry, to understand each topic from the inside and share it in an engaging, enticing way.
Best VPN ServicesCompare All
ExpressVPN
Norton Secure VPN
Surfshark
Hotspot Shield
UltraVPN
Compare All