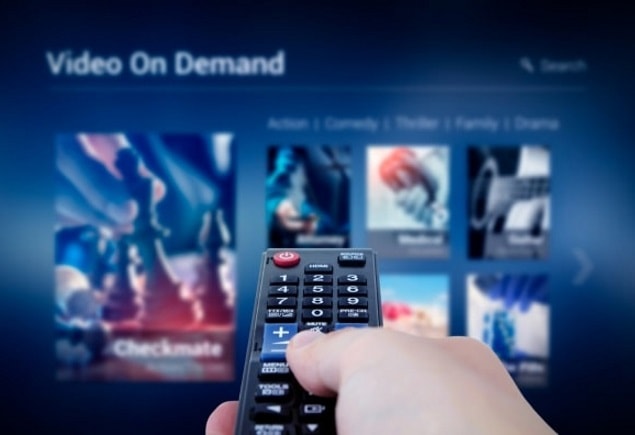 fuboTV offers live sports streaming to residents of the U.S. and Canada, but sports fans from around the world can access it too with only a VPN.

fuboTV is a content streaming service that offers 80 channels focused mostly on live sports, including NFL, NBA, Major League Baseball, Major League Soccer, most major European soccer leagues, PGA Tour golf, and college sports. It can be viewed on TV via Apple TV, Roku, Amazon Fire TV, Android TV, and Chromecast, and on iOS and Android mobile devices. Although its main focus is sports, it also offers a range of news and entertainment channels, including Fox, CBS, NBC, The Travel Channel, Viceland, and E—making it a legitimate competitor to other content streaming services.

NordVPN offers possibly the highest number of servers of any VPN provider in the U.S. and Canada, with more than 1,850 in total spread throughout the 2 countries. This means it’s able to meet its commitment of providing high-speed streaming via each of its North American servers. Another benefit is it can be used on up to 6 devices at one time, meaning you can stream different fuboTV channels on different devices simultaneously—even if you’re not in the U.S.

CyberGhost is a top VPN for sports streaming, offering its customers super quick speeds and the ability to connect to fuboTV or any other content streaming with a single click. In the CyberGhost client or app, simply go to “Unblock Streaming” or “Secured Streaming,” then choose the streaming service you wish to access or add your own (such as fuboTV) to the list.

ZenMate promises super-fast connections through American and Canadian servers, making it easy to stream and enjoy fuboTV from anywhere in the world. It guarantees unlimited bandwidth, 99.9% uptime and strong security features, including a no-logging policy and AES 128 security protocol.

ExpressVPN is among the best VPNs for fuboTV, with super-quick servers in 33 locations throughout the U.S. and Canada. ExpressVPN promises 99.9% uptime, ensuring you can watch big sports events without being interrupted. It also offers 24/7 live chat support to help you through any issues.

Surfshark isn’t as well known as some bigger names like ExpressVPN and NordVPN, but for $1.99/month, the VPN is certainly gaining recognition. Aside from being super cheap, Surfshark gives you unlimited device connections, kill switch, DNS leak protection, Camouflage Mode, and cool features like white lists and ad and tracker blocking.

Plus, Surfshark has a huge range of apps to work on just about anything you can throw at it from MacOS and Windows devices to Linux, iOS, Android, and even Chrome and Firefox browsers. But that’s not all. Your Surfshark app will work with smart TVs like Fire TV and Apple TV, and even with gaming consoles like PlayStation and Xbox.

HideMyAss is a great VPN solution for customers who want to access fuboTV and live sports with high speeds. HMA offers high-speed streaming via more than 200 servers in the U.S. and Canada, and it also has a built-in speed-testing tool so you can check up on just how fast it works. If privacy is a concern, be aware that HMA logs your IP address (but not your browsing history).

PureVPN’s military-grade encryption makes it another good choice for ensuring you don’t miss a big game, as does VyprVNP with its trademarked Chameleon technology. Also check out Private VPN and IPVanish for providers that offer a good combination of speed, security, and connection.

Can I Watch fuboTV Outside the US?

To date, only people located in the United States or Canada can watch fubo Premier, fubo Latino, or fubo Portugues. However, there is a way around this: a VPN service, or virtual private network. No matter where you are in the world, simply log on to a VPN server in the US or Canada and sign up or log in to your fuboTV account to start streaming live sports and entertainment.

How to Set up VPN for fuboTV

The steps for setting up your VPN depend on your device, operating system and browser. All the top VPN providers offer detailed instructions on installation and setup. These are the basic steps:

Now that you’re connected to a server in the U.S. or Canada, you can access fuboTV.

Subscribers can add a selection of other channels at additional cost.

Using a Smart DNS proxy is another way to unblock and access streaming services. A Smart DNS redirects the part of your connection that reveals the user’s location to the content provider, thus enabling users to access a service such as fuboTV from regions where it is blocked. To use a Smart DNS proxy to access fuboTV, simply sign up for a Smart DNS service that includes fuboTV in its list of unblocked channels.

What to Do If You Get an Error Message

There are many possible reasons a VPN connection might stop working, but the most common ones can be resolved by doing the following:

If in doubt, contact your VPN provider. The best VPNs provide 24/7 customer service assistance via live chat or phone call.

Subscribers to fubo Premium get access to 85 channels and counting, including those listed in the following table. These channels broadcast almost any sports event you can think of, including NFL, NBA and Major League baseball playoffs, FIFA World Cup, UEFA Champions League, La Liga, Bundesliga, the Olympics and Winter Olympics, US PGA and Masters, and more.

fuboTV started out as a soccer streaming startup, and it will stay true to its roots every year by streaming every match of FIFA World Cup, Champions League final and the English Premier league matches live and uninterrupted. To get access, simply sign up for fubo Premium. If you’re outside the U.S. and wish to use fuboTV to watch soccer events, just log on to a VPN server in the United States before opening your fuboTV app.