The Best VPNs for DirecTV Now of 2020 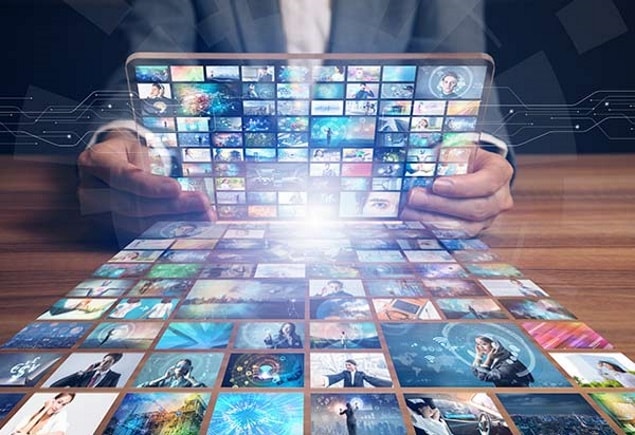 People around the world can stream the best American cable TV content just by accessing DirecTV Now through a VPN.

CyberGhost is a top VPN for streaming TV content, offering its customers high-speed internet connections as well as a function that connects to DirecTV Now or other streaming services with a single click. In the CyberGhost client or app, simply go to “Unblock Streaming” or “Secured Streaming,” then choose the streaming service you wish to access or add your own (such as DirecTV Now) to the list.

NordVPN offers possibly the highest number of servers of any VPN provider in the U.S, with 1,586 and counting at time of writing. All its American servers provide high-speed streaming with a bunch of security features, including double VPN, dedicated IP, and anti-DDoS protection. NordVPN customers can log on to servers on up to 6 devices on one time, meaning you can stream multiple DirecTV Now channels on multiple devices simultaneously from anywhere in the world.

ZenMate promises high-speed and ultra-secure VPN connections through American servers, making it easy to stream and enjoy DirecTV Now from all over the world. It offers high-quality encryption through the AES 128 security protocol. ZenMate guarantees unlimited bandwidth and 99.9% uptime, meaning customers can stream DirecTV Now for as long as they wish without any worries about being disconnected.

Surfshark has a pretty impressive offer. With this robust VPN, you’ll get an ad-blocker, malware, and phishing protection, and no activity tracking. Surfshark lets you connect unlimited devices, provides a kill switch, DNS leak-protection, and a strict no logs policy too. At under $2 a month, you won’t even feel like you’re paying for the VPN service, making it one of the best and certainly the cheapest ways to access DirecTV Now content anytime you want.

ExpressVPN is among the best VPNs for DirecTV Now, with hundreds of super-fast servers in 29 locations throughout the United States. ExpressVPN guarantees 99.9% uptime, ensuring you can watch all your favorite cable TV programming uninterrupted. Support staff are available by live chat 24/7 to assist you if you experience any issues.

HideMyAss is a great VPN solution for customers who wish to access live streaming but are less concerned about privacy. HMA can connect customers to DirecTV Now via more than 200 servers in the U.S. It offers a built-in speed-testing tool so you can see for yourself just how it works. Unlike most of the top VPN providers, HMA logs your IP address—although it doesn’t log your browsing history.

PrivateVPN: PrivateVPN lets you use its VPN on 6 simultaneous apps. Additionally, it features  an easy-to-use interface that makes it accessible for all types of users. Due to its versatility and usability it would be a solid choice for accessing DirectTV with the whole family in tow.

IPVanish: IPVanish has been known to work well with Amazon Fire stick and Kodi. Users of those devices could consider IPVanish a reliable companion for accessing their favorite entertainment while traveling.

PureVPN: A solid bet for those who prioritize security. PureVPN is based in Hong Kong and uses military-grade encryption to keep you safe and shielded from prying eyes.

What is DirecTV Now?

DirecTV Now is a streaming service owned by AT&T which allows subscribers in the U.S. to stream programming from cable TV channels without making a long-term commitment. For $35 per month, customers get access to a basic package of more than 60 channels, including all the major news channels (i.e. CNN, CNBC, Fox, MSNBC), entertainment channels (i.e. Disney Channel, Animal Planet, History, National Geographic, Food Network), and sports channels (i.e. ESPN and ESPN 2).

It costs $70/month to get access to all the channels, and an extra $5 to $8 per month for HBO, Cinemax, Showtime, and Starz add-ons. DirecTV Now can be streamed straight to your TV via Apple TV, Roku, Amazon Fire TV, Android TV, or Chromecast, and to iOS and Android mobile devices.

Can I watch DirecTV Now outside the US?

Only people—or more accurately, servers—located in the United States can access DirecTV Now. Fortunately, a VPN, or virtual private network, provides people outside the U.S. with a way around this. No matter where you are in the world, simply log on to a VPN server in the U.S. and sign up or log in to your DirecTV Now account to stream live programming from all the best American cable TV channels.

How to setup a VPN for DirecTV Now

How you setup your VPN depends on which device or browser you’ll be using to view DirecTV Now. The best VPN providers all offer detailed instructions on installation and setup. These are the basic steps:

Now that you’re connected to a server in the U.S., you can access DirecTV Now.

A Smart DNS proxy offers an alternative method of unblocking geo-restricted streaming services. A Smart DNS works by redirecting the part of your connection that reveals your location to the content provider, enabling you to access services such as DirecTV Now from outside the U.S. To use a Smart DNS proxy to access DirecTV Now, sign up for any Smart DNS service that shows DirecTV Now in its list of unblocked channels (which you should be able to find on each service’s website).

We are in the midst of a television revolution, with services like DirecTV Now taking power away from the traditional networks and making content available to anyone with an internet connection. This revolution has taken place largely inside the United States, but the truth is that no internet content is truly restricted to any one country. To enjoy all the benefits of the best online streaming content from outside the United States: simply subscribe to a VPN service, log on to a US server, and start streaming DirecTV Now. It’s really that simple.