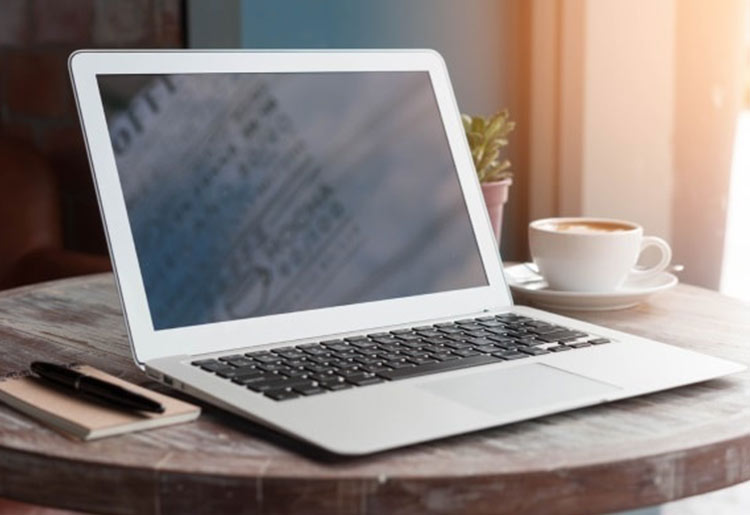 While Mac and Apple devices are widely regarded as much more secure and stable than their Windows counterparts, using a VPN is still a good idea to maintain privacy.

The conventional wisdom holds that if you’re working with a Macintosh you can rest easy when it comes to security. And while Mac and Apple devices are considered more secure and stable than their Windows counterparts, you should still consider using a virtual private network (VPN) to safeguard your privacy—not to mention to access all types of online content like Netflix and Hulu that may be blocked where you live. Most VPN companies offer dedicated Mac software, which is designed specifically for use with your Apple products.

If you’re new to the world of VPNs (you’re not alone) it can be a bit daunting at times sussing out which one is best for you. You’ll want to find a VPN that is easy to set up, that can safeguard your privacy when using your Apple device and which also gives you a wealth of features to make your online experience that much more streamlined and enjoyable.

We’ve surveyed the top companies in the industry to find you the best VPNs for Mac available today. All of these VPNs have dedicated apps and tons of features for Mac and Mac software and you should have no problem setting them up on your own within just a few minutes.

There’s more to NordVPN’s app for Mac than just its beautiful design. It’s also a breeze to use. The app automatically selects the best server and includes a dedicated ping-o-meter which lets you monitor for performance issues in real time. You can also use it on up to 6 devices at the same time, meaning that your Mac and any iOS devices you have can be up and running securely in no time.

NordVPN gets a thumbs up for being easy to use, but their big selling point is security. With military grade encryption (which encrypts your data twice) strict no-logging, and a host of other features NordVPN has what it takes to keep your Mac safe.

Hotspot Shield’s free app comes complete with a browser extension that ensures a private and completely ad-free browsing and streaming experience. It works for all types of Mac operating systems from High Sierra to Yosemite and is easy to download and install in a matter of minutes.

You can also get it up and running on up to 5 Mac and iOS devices at the same time, which can connect to any of Hotspot Shield’s 2,500+ servers across the globe.

Hotspot Shield comes with a 45-day money-back guarantee and 24/7 live chat customer support. But beyond the great customer service and (very) affordable lifetime plan, you also get one of the industry’s best security solutions, which uses not only its own proprietary VPN protocol, but also anti-malware protection and an ad-blocker which provide a level of security any Mac user should be happy with.

When the company says “click and connect,” they mean it. ZenMate’s VPN can be downloaded and set up in just a minute and will launch automatically whenever you power up your laptop. ZenMate also works on up to 5 devices at once, so after you’ve downloaded ZenMate VPN for Mac, you can also get it set up on your iPad, iPhone, really anywhere that you have a Mac or iOS device.

ZenMate is a great choice for anyone, but especially if you’re looking for a headache-free, easy to set up VPN solution. In addition, the VPN comes with a number of added security features for your Mac, including tracking protection and ad-blocking. It also has some added features for business owners, including encrypted VoIP calling and the ability to conduct international quality assurance without having to be physically present in another country.

Speed is one of the hallmarks of ExpressVPN, which is regularly rated one of the best VPNs on the market. The VPN uses thousands of servers across 94 countries to keep things running smoothly for your Mac. This creates a better online experience in general, but especially if you like to stream TV shows or watch sports online.

ExpressVPN can also keep your Apple device safe and secure, with top-notch encryption and security protocols, a strict no-logging policy, and an automatic kill switch that allows you to browse Safari privately and securely.

The system is compatible on all types of Mac operating systems, from High Sierra to Yosemite to Snow Leopard and can work with all Mac computers and iOS devices.

If you’re an avid online gamer looking for the best VPN, ExpressVPN can make your gaming experience even better. This is in large part due to the VPN’s great speed, but also its specialized anti-DDoS (distributed denial-of-service) protection.

Another top notch service, the PureVPN Mac app uses 256-bit encryption and works in multiple languages, including Dutch, German and French. You can also support 5 separate, simultaneous logins, meaning you can support a whole household of Mac users with a single VPN account.

Speed isn’t everything—but it sure helps. PureVPN is consistently ranked one of the fastest VPNs available, which is great if you love to stream TV shows or just to have a smooth, unbroken connection for your Mac. Not only that, but if you’d like a little extra juice, you can also purchase add-ons that boost your connection speed by up to 20Mbps.

When looking for a VPN for Macbook, there are a few musts that you should focus on. You want to look for a high-speed VPN that can keep up with live streams and allow you to readily switch servers if things slow down. You’ll want to make sure your VPN provider has top-notch security protocols installed, especially if you download torrents, and you’ll also want to keep your eyes peeled for a no-logging policy for your data.

You’ll also want to make sure that your VPN can bypass the VPN detectors of companies like Netflix, so you can reliably watch blocked content no matter where you are.

Finally, you’ll want to look for reliable customer service, and make sure the price is right.

Most VPN companies will provide a dedicated MacOS desktop app, which you can get up and running with just a click.

How to Install and Use a VPN on Your Mac

VPNs might intimidate some users, but they’re meant to be easy to install and use, even for the most novice of users.

First things first, shop around some and find the VPN that’s best for you. Sign up with a VPN provider and then download the Mac software. Follow the installation instructions. The software should walk you through this and it should require nothing more than double-clicking a few times. Once the VPN is installed, run it and enter in your account details as needed.

Once you’re up and running, you can get in the app and select a VPN server to connect to. You can either run the VPN all the time or just log on anytime you want to surf privately or access blocked content, it’s up to you.

Yes, with some very rare exceptions (say, in rogue, non-democratic states) using a VPN is illegal, but in the United States you have nothing to worry about from the authorities (at least not when it comes to your VPN).

Having said that, while the use of a VPN is legal, that doesn’t mean anything you do on the VPN is kosher. A good rule of thumb is - if it’s illegal when you’re not using the VPN (say, buying drugs or guns online) then it’ll be illegal even with the VPN.

No security system in the world is 100% airtight, but using a VPN provides you with a far better level of security and privacy than you would have otherwise. The connection between your computer and the VPN is secure, but the VPN’s connection to the rest of the internet is different, so if you’re doing something that you don’t want tracked, keep in mind that it can get back to the VPN IP address, though not to your specific computer. By using a mix of encryption protocols and dedicated connections, hackers are typically unable to get a hold of your data or know your location.

You could be an avid gamer or just someone who loves to stream TV shows or is concerned about privacy, and the appeal of a VPN would be the same. And while it can be tough deciding which VPN is best, by using our guide of the top VPNs for Mac you should be well-equipped with the knowledge to find the one that best matches your needs. If you are still not sure which VPN is best for you or have other devices to cover.