Sarah Pritzker
Last updated: Nov. 03, 2022
No matter how awesome they were in their heyday, most celebs wane as they get older. But then there are some who never learned that they were supposed to age. They’re the ones who are still kicking ass both on and off-screen, as they blast through the decades, seemingly unaware of their declining bodies.

They’re the stars that have gotten up there in the years (some more gracefully than others!) and are not letting a little thing like age stop them from doing what they want to do, namely having fun, and most of all, being independent. You’re sure to recognize their names and faces as you check out these celebrities over 60 who are totally owning their "senior years.”

We’re clumping these two very different divas into one because they’re both only 65, both fab ladies who are enviable for many reasons, and who both look amazing despite getting their date of birth.

Reba, queen of country music, still enjoys a good game of tennis or swimming countless laps in her at-home swimming pool. She’s also an active weight-lifter and pilates fan, not to mention a whiz at horseback riding.

Supermodel Iman, on the other hand, is fierce goddess who manages her makeup line, fights for equality in the fashion world, and takes care of her children and beloved pets.

Martin Scorcese is probably one of the most well-known and revered directors, producers, and screenwriters in the history of the silver screen. Scorsese is Hollywood royalty - just like Meryl Streep. He gave us memorable titles like Goodfellas, The Wolf of Wall Street, and The Irishman.

But unlike most 79-year-olds, Scorcese isn’t about to hang up his hat just yet. In the past two years, he has produced seven separate films and documentaries, and Scorcese is currently working on more than five pre- or post-production films to be announced.

Two words: Indiana Jones. Harrison Ford is another badass from the United States. With a still-active film career at 80, Ford has recently appeared or been heard as the voice of characters in popular films. BTW, when Ford is not surviving plane crashes, he is piloting his own planes and helicopters as a licensed pilot.

Over the years, Ford has saved numerous people with his heroic flying feats, including two hikers stranded at the top of a mountain range, and a 13-year old boy scout who got separated from his troop. Ford also enjoys being active in environmental conservation movements and has two types of insects named in his honor (Calponia Harrisonfordi and Pheidole Harrisonfordi, I kid you not).

The Godfather himself, Pacino is still playing shady roles even to this day, with parts in popular films, including House of Gucci and Once Upon a Time in Hollywood. And let’s not forget that Pacino is no slacker with the ladies, like dating Argentinian actress Lucila Polak who was 36 years younger, or Israeli actress Meital Dohan who was 39 years younger!.

FYI, Pacino also loves to travel and does so regularly, even in his golden years.

As one of the founding members of the Rolling Stones, Mick Jagger was the face of rock and roll for decades, and he’s still touring. The British superstar is certainly keeping up his game even well into his 70’s. Mick Jagger released a new single recently, the first original music in eight years.

In 2019, Mick Jagger performed brilliantly in the No Filter Tour to avid fans, both young and old. The brilliant musician has been knighted (Sir Jagger), and also had a few on-screen film moments recently, including an English art dealer in “The Burnt Orange Heresy". Mick Jagger speaks openly on political matters. For example, he had a heated discussion about global warming at the last Venice Film Festival.

Betty White couldn’t be described as anything less than a firecracker. The woman enjoyed a long and illustrious career, claiming the title of longest television career for any entertainer. Betty White had more than 117 varied acting credits. And when she’s not busy acting or making us laugh, White liked to play poker and enjoys a good round of vodka and hot dogs!

We’ve gotta hand it to the lady. I mean, aside from probably being the hottest 74-year-old out there, Dolly Parton has really covered the spectrum in terms of achievements. Singer, songwriter, producer, actress, humanitarian, author, businesswoman.

Recently, Dolly released a holiday album that features some of her favorite duets, including Billy Ray Cyrus, Willie Nelson, and brother Randy Parton. She also recently released a Netflix series called “Dolly Parton’s Heartstrings” and is known for many philanthropic gestures, including donating more than $1 million towards COVID-19 research.

From the fatherly and not so fatherly figures he’s played, to his very real military service, James Earl Jones has touched people in many ways. And at 91 years young, Jones is not showing signs of slowing down a bit. In 2019, he played in The “Lion King” and “Star Wars: Episode IX The Rise of Skywalker.” He also had a video game released from Disney Classic Games. In addition, in 2020, Jones played Jaffe Joffer in the post-production “Coming 2 America.”

We didn’t think a legend like this one could ever age. At least he knows how to age gracefully as Chuck Norris turned 80 this past March.

Truth is, his film career has slowed down, but that doesn’t mean that Ground Chuck Norris has. From Tang Soo Do, to Judo and Jiu-Jitsu, Norris still kicks ass across the martial arts fields. While he won’t appear in any films that use vulgar language, he is the spokesman of Glock, and a public face at the NRA conference, and, best of all, has perfected his own fighting style he calls “Chun Kuk Do.”

Buscemi certainly doesn’t strike you as the renegade, rebel, or even mildly dissident type. But in real life, this guy is as cool as they get. Before turning to the silver screen, Buscemi was a New York City firefighter.

And while we all loved him in Fargo, Reservoir Dogs, and Desperado, Buscemi showed just how awesome he is when he spent days working 12-hour shifts to help search for survivors after the 9-11 attacks. Talk about badass.

Badasses Till the Very End

These guys and gals are legends for a reason. And they’ll stay that way until their dying breaths. This doesn’t even cover badasses who have died since their killer days like Christopher Lee (member of Britain’s Special Ops, RAF and intelligence officer, and spoke 8 languages!), Julia Child (also a secret agent in WWII) to name a few. But that’ll have to wait for another segment.

The Best Medical Alert Systems - Make Sure Help Is Always Nearby 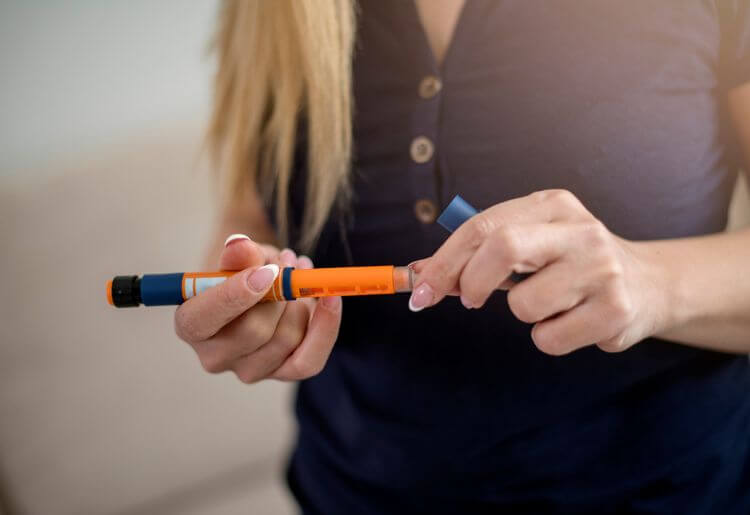