4 Reasons You Should Use a VPN When Gaming 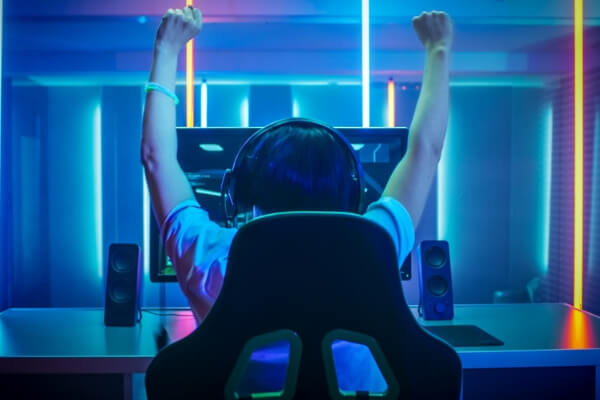 Whether it’s PUBG, Fortnite, or WOW, MMORPG is more than just having your friends over for a night of charades and Pictionary. No. MMORPG is an unstoppable force to be reckoned with, and man do these players take their gaming seriously. Which is why any gamer worth their salt will have a VPN fired up whenever they sit down to a gaming session.

VPN? Isn’t that just for streaming movies and bypassing content blockers, so I can watch “This Time with Alan Partridge” from the US? Sure, VPNs are great for getting all the best movies, TV shows, and entertainment from around the world no matter where you are. But gamers utilize this brilliant application for an entirely different use case: gaming like a boss.

Don’t believe us? Check out a few main reasons why any gamer who wants to be taken seriously in 2019 is using a VPN to defeat the enemy, build a kickass fort, or be the last human standing on the planet.

#1: Guards Against the Threat of DDoS Attacks

With hackers, scammers, and just your everyday jerks wreaking havoc on the internet today, you can never be sure where the next attack is going to come from. Well, if you’re a pro gamer, that attack might just come from a challenging gaming contest you’ve entered. Competitive opponents can actually launch a DDoS attack to corrupt your gaming.

For those not in the know, here's a quick tutorial on DDoS attacks and what you should know to avoid them. A DDoS attack is a distributed denial of service. While the mechanism can get quite complex, the idea is pretty simple. It’s like causing a traffic jam on the highway, so nobody can get through that road. An attacker will cause a jam on a server, flooding it with fabricated traffic.

As a result, there's a "traffic jam," and the normal traffic can’t get through, including a gamer trying to access a game or tournament. A hacker accomplishes this by infecting a device (computer, tablet, IoT device, etc.) and taking control of that device to do its evil bidding. Once the server gets overloaded, it will create a denial-of-service since it can't handle the influx of traffic. When this happens, you no longer have access to that IP address.

Fortunately, there’s an easy solution to this nefarious behavior. It’s called a VPN. In fact, DDoS attacks are probably the biggest reason pro gamers are so adamant about using a VPN. The virtual private network protects your IP address, so overly-aggressive gaming competitors can’t gain control over your devices and start messing with them. Like safe sex, it’s just smarter when you practice protected gaming.

This is another common complication that drives gamers to use a VPN. While there are a lot of cool games put out across the globe, not everyone can access them because of geo-restrictions. A geo-restriction is basically a ban that only allows people in a certain geographic locations to access the content. This can be movies, television shows, news or sports channels, or, in this case, special games and tournaments. Since no pro gamer with any self-respect would miss out on an epic gaming opportunity because of a little thing like massive corporation-built geo-restrictions, the obvious choice is to hop on a VPN. This will mask your IP address and location, allowing you to access all of the best games and gaming events from anywhere in the world.

Before you can even consider geo-blocked content, many gamers have to use a VPN to simply unblock any of their favorite MMORPGs. That’s because some ISPs (internet service providers) don’t allow P2P sharing. If you are unfortunate enough to be tied to one of these miserly ISPs, you’ll be up the creek without a paddle. That is, without a VPN. Some pro gamers use a VPN just to get past the initial ISP bans on even the most basic games within their own regions.

Does a VPN Slow Down Gaming?

But wait a minute. We’ve all heard that VPNs make your connections slower. In fact, as a VPN encrypts your information such as IP address and location, making it nearly untraceable, there are those that posit that this process slows down your connection. This, however, is only half the story. Even if it does slow down your internet speed—which is not a given—it is only by a slight margin that is not noticeable.

Also, if you choose the wrong server location, you might find a lag in connection speeds. The obvious solution to this fundamental problem is to choose a server that's closer to you. Let's not forget choosing the right protocol. The right protocol can actually affect your speed, so choose one that offers good protection without compromising speed. OpenVPN is known to be the security-speed sweet spot.

Finally, if you are using a good VPN service, you probably won’t even have an issue with speed anyway. That’s because the best VPN providers have built-in tools and features to ensure smooth and steady speed, such as split tunneling and data packet loss guarantees.

Of course, the real question is: if a VPN could potentially slow down your internet, does a VPN slow down gaming too? And if that’s the case, are VPNs good for gaming at all? As it turns out, using a VPN not only doesn’t affect your gaming speed negatively, but it actually offers faster service! Here’s why.

As it turns out, a VPN does affect gaming, but to a gamer’s benefit. Good VPN services use the right servers and connections to reduce ping times and general lag. This actually makes the connection faster, giving you the upper hand in a cutthroat world like Counter Strike or Neverwinter.

What is the Best VPN for Gaming?

Now that you understand precisely why you need a VPN for gaming, it's time to get down to brass tacks. With hundreds of options out there, how do you know which VPN to choose for your purposes?

Obviously, you’ll go online and read a few reviews to see which brands are worth considering and which VPNs are totally out of the running. More than that though, here’s what makes a good gaming VPN:

Are VPNs Good for Gaming?

Bottom line, are VPNs good for gaming? Abso-freakin-lutely. While it isn’t a surefire bet, VPNs have been known to increase speeds, protect your connections, and unblock content that you’ve been eyeing enviously from across the pond. Of course, you’ll need to choose a service that is reliable, trusted, and fast to accomplish these goals. Whether it’s Blade & Soul, Secret Worlds Legends, or The Elder Scrolls Online, do your homework, sign up for the best VPNs for gaming out there, and get your game on.

ByAmanda BradleyNov. 19, 2018
Amanda Bradley's interests and experience stretch from business to tech, via marketing, hi-tech and travel. Amanda uses her research and writing skills, together with her curiosity about every field and industry, to understand each topic from the inside and share it in an engaging, enticing way.
Best VPN ServicesCompare All
ExpressVPN
Norton Secure VPN
Surfshark
Private Internet Access
Hotspot Shield
Compare All