How to Unblock Fortnite Anywhere 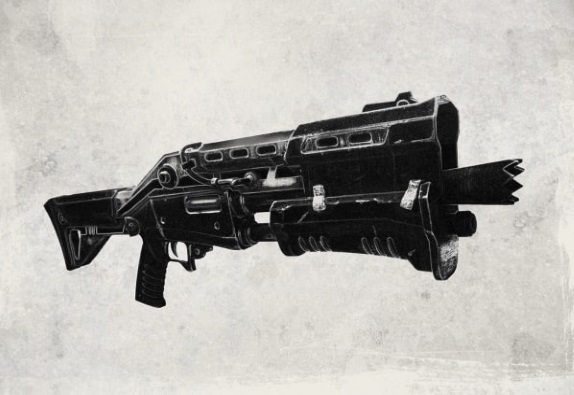 Fortnite is now the biggest thing in eSports gaming, with maker Epic Games putting up $100 million in prize money for competitive game play on Fortnite Battle Royale in the 2018-19 season. Epic says it is getting behind competitive play “in a big way” and that it plans “to be more inclusive and focused on the joy of playing and watching the game.”

The highest paying eSports game in 2017 was Dota 2, with $38.05 million in prize money over the course of the year, according to e-Sports Earnings. In fact, total prize money across the entire eSports world reached $113.25 million in 2017, only a little more than the rewards Fortnite is set to deliver on its own in 2018-19.

Fortnite Battle Royale has attracted more than 40 million players worldwide since Epic launched a free-to-play mode of the survival game in September 2017. But Fortnite’s global fan base includes a minority of people who aren’t able to use it because of IP bans.

NordVPN offers an incredible 4,300 servers across the world, and all of them operate at the high speeds needed to play Fortnite Battle Royale. Like other top VPN providers, NordVPN promises unlimited bandwidth and 99.9% uptime. A single account can be used on up to 6 devices at any one time, which is handy if you and a few friends want to get together and play on different devices.

CyberGhost is another VPN that delivers the high-speed servers needed to play Fortnite. Its one-click settings are there for added convenience: just click on “Surf Anonymously” to start your VPN session automatically from the fastest server possible, and then log in to your Fortnite Battle Royale account to start doing what you logged on for in the first place—competitive gaming.

ExpressVPN is one of the best VPNs for unblocking Fortnite. It offers subscribers unlimited bandwidth and promises 99.9% uptime. This means all you need to do is sign up and you can start playing Fortnite without worrying about being blocked by slow or interrupted connections.

HideMyAss is another top VPN solution for playing Fortnite. It has 760 high-speed servers around the world, and even has a built-in speed tester just to let you check your internet connection for yourself. The 7-day free-trial period is another handy tool; combined with the speed tester, it gives gamers the chance to test the speeds for themselves without paying a cent.

ZenMate offers high-speed servers backed by a strong commitment to high-quality encryption through the AES 128 security protocol. It promises unlimited bandwidth and 99.9% uptime, making it another solid choice for unblocking Fortnite.

Though a relatively new company, Surfshark has made waves in the VPN community, winning the Best Newcomer VPN award from 3 VPN reviewing sites. With quick speeds, 800-plus servers in more than 50 countries, and AES-256-GCM encryption, Surfshark is a worthy contender that’s well-equipped to answer the needs of Fortnite aficionados. Add to that the fact that they’re based out of the British Islands, which has no data retention laws, and the arguments seem convincing despite the relatively young status.

A few other good bets for Fortnite users are PrivateVPN, VyprVPN, and PureVPN. With PrivateVPN based out of Sweden and Vypr based out of Switzerland, both services can bring about peace of mind and therefore more focus for the game. PureVPN meanwhile uses military-grade encryption to keep its user safe and connected. If you play on the go check out IPVanish as well, which has been reported as a great option for playing Fortnite on mobile devices.

Why You Need a VPN for Fortnite

Epic Games states in its terms of service that users are prohibited from using its services, including Fortnite, “for any purpose that is illegal or beyond the scope of the services’ intended use (in Epic’s sole judgment).” Although it doesn’t state exactly what could get a person banned, many users have reported having their IPs banned for using various types of cheats, such as an AutoHotKey, and getting the following message :“You were removed from the match due to your IP, VPN, machine, or cheating. We recommend not utilizing VPN or proxy services while attempting to play Fortnite.”

Whereas some games have cheat prevention software, Fortnite prefers to just ban people it suspects of cheating. The good news? There’s a way around this ban. With a VPN, Fortnite players can log back on under a new IP address and create a new account to go with it, allowing them to bypass any ban on their own home IP. Of course, a super-fast connection and unlimited bandwidth are also must-haves to play Fortnite, and the best VPNs can provide those too.

Is it Legal to Use a VPN to Unblock Fortnite?

The simple answer is yes, it is legal to use a VPN for Fortnite. Epic Games doesn’t mention VPNs in its terms of service. And even if it did, there is very little it can do about individuals who choose to log on from a remote VPN server in order to conceal their real IP address. Unless you live in one of the handful of autocratic countries where VPNs have been banned or blocked by government order—such as Belarus, North Korea, Iraq, and Turkmenistan—it is completely legal to use a VPN to unblock Fortnite.

Most gamers choose their VPN connection for speed and bandwidth, rather than security and encryption. Having said that, it’s worth looking out for a VPN that does take your security seriously—as all the providers listed in the section above certainly do.

All good VPN providers give details about their encryption protocols on their website, and it’s worth considering how these might affect your internet speeds. For example, Point to Point Tunneling (PPTP) is easier to set up and less secure than some of the other protocols, but it’s also generally among the quickest. Layer 2 Tunneling Protocol (L2TP) is more secure than PPTP but could potentially slow down your connection a bit, thus slowing down your game. Open VPN is a bit more complex to set up, but if you know what you’re doing you can configure it to work very quickly.

The beauty of using a VPN is that it gives you the ability to unblock Fortnite anywhere. All the best VPNs let you download clients for PC, Mac, iOS, Android, and all other popular types of devices and operating systems. Some of them allow you to access a VPN server from 5 or 6 devices simultaneously. Using a VPN, you can unblock Fortnite at home, in the office or classroom, on your way to and from appointments, or even when traveling abroad. Essentially, you can log on from wherever you and your device are located, but your IP address will show Fortnite that you’re somewhere else altogether.

How to Unblock Fortnite Server with a VPN

How you setup your VPN depends partly on your device, operating system, and browser. All the top VPN providers offer detailed instructions on installation and setup. These are the basic steps:

Some VPN providers automatically connect you to the fastest server, while others let you choose the server for yourself.
Once you’re connected to a VPN server, simply register for a new Fortnite account or log on to your existing account (if that hasn’t also been blocked) to play without any restrictions or blocks.

Fortnite has taken the world by storm in the past year and it seems like it will only get bigger from this point, given the prize money on offer for competitive play. Many users around the world have reported having their accounts or IPs banned, but this is no reason to miss out. The best VPNs for gamers offer the high speeds and unlimited bandwidth needed to play Fortnite, and they promise to conceal your IP address so you can get around any temporary or permanent bans.