GPS Origins DNA tests revolutionized the DNA testing industry. Since entering the market in 1995, GPS Origins has taken ancestral genealogy to the next level. Unlike most other DNA tests, GPS Origins has the technology to pinpoint the precise location of where your DNA stems from, not just the general region. With this technology, GPS Origins is able to track your DNA back, up to 1,000 years ago, to the exact village where your ancestors lived.

Why Go With GPS Origins

A key benefit of using GPS Origins is seeing where your DNA originated. In my case, the DNA origin point was listed as near Vyshny Volochok, Russia, sometime prior to 1277 BC. The report offered 2 DNA migration paths meant to represent movement of maternal and paternal ancestors. One moved from Russia to the Czech Republic and ended at Palma de Mallorca, Spain, as late as 311 BC. The other path went from Russia to near Kalisz, Poland, and ended at Roanne, France, as late as 1095 AD. This kind of precision is very intriguing, assuming the science behind it is correct. As with other deep-ancestry kits, these results predate the availability of most genealogy research data, so they can provide some surprising additions to the family story.

GPS Origins has a different mindset from other types of genealogy DNA tests. The focus is less on ethnic groups or racial lines and more on where different populations gathered to form an individual’s DNA. In addition to the location-specific migration paths, the GPS Origins report includes a full breakdown of each person’s gene pool. In our case, the top 3 gene pools were Fennoscandia (22.4%), Southern France (21.1%) and the Orkney Islands (13.2%). These group designations were different than those used on other DNA tests. Each of the top 3 gene pools included a history article with background on the peoples that comprised them. An accompanying chart included 8 other gene pools, from Basque Country (12.2%) down to Northern India (0.1%).

The GPS Origins report includes a chart with breakdown of all gene pools in your DNA.

Speed of Kit Delivery and Results

GPS Origins advertises a 4- to 6-week turnaround time once it receives a completed DNA test kit. This is quicker than for some competing kits. Some users online reported receiving results in as little as 10 days, which could be due to GPS Origins using its own laboratory for DNA processing.

Compared to other DNA collection kits we’ve encountered, the GPS Origins kit was incredibly basic. When it arrived, the “package” almost looked like a junk-mail brochure. There was no box or appreciable marketing presentation; just some test swabs wrapped in a brochure. Given the kit’s $149 price, this was rather surprising. The kit included 4 cheek swabs, but no vials in which to secure them. In fact, we were instructed to put all 4 completed swabs into the included paper envelope together. Cross-contamination was apparently not a concern for the lab. The instructions said to seal the return envelope with tape and not to lick the flap, yet the flap contained gum adhesive of the type you lick. This seemed unnecessarily confusing. There was no kit activation or advance registration; GPS Origins used information provided at purchase to identify the returned DNA sample. Again, this was confusing, so we contacted customer service to confirm the small barcode on the kit would indeed link to our name and contact information.

The GPS Origins test uses autosomal (family) DNA for its analysis and report. In our case, the lab examined nearly 730,000 autosomal “markers” or mutations on the chromosomes and compared them with markers in the gene pools of reference populations in the GPS Origins database. By looking at where and when our DNA last changed, GPS Origins was able to provide the breakdown of gene-pool populations and the map of how ancestors migrated.

Customer support is an important resource, especially when so many purchasers of DNA kits are new to genetic genealogy. We found GPS Origins customer service quick and responsive (replied within a day) with the one question we submitted regarding kit registration.

Regular price for the GPS Origins DNA kit is $149, although the company does offer promotions that cut the price by $50 or more. Consumers have the option of uploading a DNA file from another vendor for analysis using the GPS Origins algorithm. That option costs $79.

GPS Origins offers a compelling DNA kit and deep ancestry report for genealogists who want to delve back many generations before family records were kept. Its report gives customers a very detailed migration route that their ancestors took from a point of origin to more recent times. This test does not provide the standard ethnicity mix that comes with many autosomal DNA tests. Rather it looks at where ancestors lived, and then moved, hundreds of generations ago. The GPS Origins report gives customers actual village or town names along a migration path, where ancestors once lived.

The DNA test kit marketed by GPS Origins provides a longer and deeper genetic history than other kits that focus only on providing a person’s ethnicity percentages. GPS Origins delivers deep ancestry, looking at genetic markers to estimate ethnic origins going back thousands of years, and mapping out two migration routes that ancestors followed. It does not trace history as deeply as some tests on the market, but it gives pinpoint geographic accuracy to show where each person’s ancestors lived at various times in history.

HomeDNA was launched in 2016 as a stand-alone brand offering a unique type of genetic testing for genealogy. In 2017, it became part of GPS Origins, a website offering a suite of DNA test products related to paternity, health and pet-breed identification. GPS Origins is based on the research of Dr. Eran Elhaik and a team at the University of Sheffield in the United Kingdom. The test uses some 800,000 genetic markers from 862 reference populations to determine the origin of a person’s DNA, down to a specific village or region. The service was launched in 2016 through a stand-alone web site, but in 2017 GPS origins became part of GPS Origins, which also sells genetic tests for skin care, healthy weight, joint care, determination of paternity, and dog-breed identification.

The laboratory work is done by DNA Diagnostics Center of Fairfield, Ohio. The company did not explain the change to GPS Origins, causing some confusion when we retrieved our results. The website and most of the marketing materials were different than when the original kit was purchased. The site is so new that on our visit there was just one customer rating for the GPS Origins product — and that was written by an employee of the company that developed the test. GPS Origins’ Twitter feed did not yet have any activity when we visited.

ByTop10.com Staff
Last updated: Aug. 11, 2021
Top10.com's editorial staff is a professional team of editors and writers with dozens of years of experience covering consumer, financial and business products and services.

it is an extremely good product that I would have given a higher rating to but it is too expensive for a simple DNA test.

Gl
GlennNJ
Was it helpful?
3 years ago

An
AngelikaVA
Was it helpful?
3 years ago

OK. This was the best experience that I've had with a genetics website before this there was no other company that I would have used

Ra
RafaelCA
Was it helpful?
3 years ago

We got the results for my DNA test at a good price. They were pretty interesting and made us reconsider where some family members were from

Am
AmberTX
Was it helpful?
2 years ago

The service is friendly and efficient, as well as the brand itself. I got my results in a timely manner.

Ge
GeorgiaGA
Was it helpful?
3 years ago

ja
jasonNC
Was it helpful?
3 years ago

It was an easy to understand and follow directions and the customer service was exceptional. The results came promptly.

Je
JessicaIL
Was it helpful?
3 years ago

Wish that the explanation of the test results was more comprehensive. Still, I did gain a good deal of new information from the testing which informed my next steps in my personal research.

Di
DianaIN
Was it helpful?
3 years ago

I found that it was fun and very easy to use. I enjoyed the service but I am not sure it is accurate, as some of the results conflicted with stories from my grandfather.

Ch
ChloeOH
Was it helpful?
3 years ago

It was suggested to me by a close friend who currently uses it. I figured I would test it out for myself. Results were pretty interesting

Ta
TaylorTX
Was it helpful?
3 years ago

I like it because it's easy to use. The other reason I like it is because I got good experience with their customer service. They solved a problem quickly.

Na
NashiVA
Was it helpful?
2 years ago

Easy of use integration is easy and very subtle. I like their services especially the customer service

Sa
SarahTX
Was it helpful?
3 years ago

Overall, I enjoyed using GPSorigins services. It helped me clear up questions that I had about genetics and history.

Sa
SarahMI
Was it helpful?
3 years ago

They have great service. They also have a were friendly. My results were a little confusing, but I believe they are correct.

Je
JessicaOK
Was it helpful?
3 years ago

Easy to use and the customer service is friendly with all my questions. The result is cool to have and privacy policy is reliable. I trust it.

Xi
XinCO
Was it helpful?
3 years ago

They were very helpful and did their best to help me. They were effective and efficient. Thank you for the results.

Ch
ChrisCA
Was it helpful?
3 years ago

They are a good reliable business. They have never made many mistakes with my information. I trust them.

Su
SusanCA
Was it helpful?
3 years ago

I gave this rating because GPSorigins is worth the price.

R
RCA
Was it helpful?
3 years ago

I think it needs a little more improvement. It took a little while and I didn't learn anything new from the results

Fa
FatimaAK
Was it helpful?
Our rating system
Our reviews come from verified users–just like you!
The star ratings are based on the overall rating of each brand. Some reviews are provided via third party suppliers. We encourage you to write a review of your experiences with these brands.
Visit Site
Best DNA Testing KitsCompare All
MyHeritage DNA
AncestryDNA
Living DNA
LetsGetChecked
Futura Genetics
Compare All
Head-to-Heads

AncestryDNA vs. 23andMe: Which Kit is Better for You?
Read more 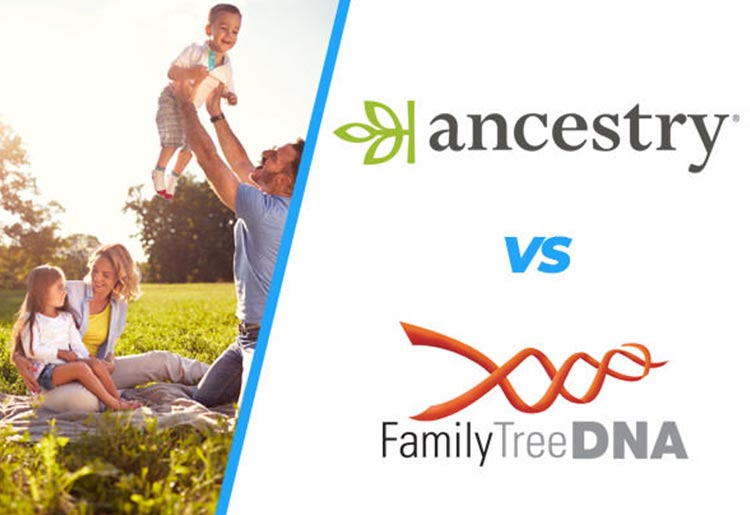