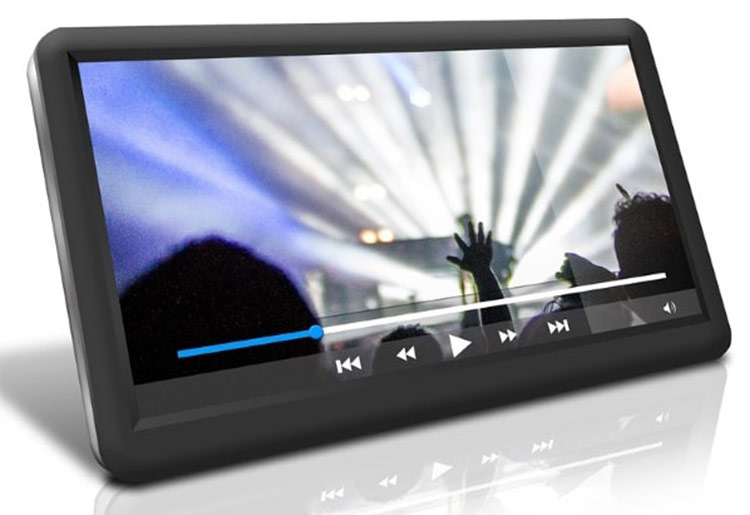 Using Kodi to stream programs with country restrictions? You’re going to need one of these top VPN services.

If you regularly stream films, TV shows, or live sports, chances are you’ve used or heard about Kodi: the world’s most popular free and open-source multimedia player. Kodi enables users to easily stream content from most of the big online media networks, but to truly get the most out of it you’ll need a VPN.

The 5 Best VPNs for Kodi

PureVPN has a dedicated Kodi VPN add-on, and for that reason it tops our list. Downloading the PureVPN Kodi add-on is as simple as downloading any other Kodi add-ons, and gives you the high speeds you’ll need to be able to stream media content from anywhere in the world. And because this is all operated by PureVPN, it includes the option of all their usual additional features, such as firewalls and kill switch, to ensure your Kodi experiencing is as secure and smooth as possible.

There are a couple of reasons NordVPN stands out as one of the top VPNs for Kodi: it offers a whopping 3,330 servers covering every continent, and it’s very security focused. Features include: double encryption for an extra layer of online privacy; a strict no-logs policy, ensuring none of your data can be tracked; an automatic kill switch, so if your VPN connection drops, Kodi will temporarily stop running and you won’t be exposed to any potential security breach.

PrivateVPN is a small provider that punches above its weight. It offers 100 servers in 56 countries, and while this might not seem like a lot, it is more than made up for by the fact that it offers lightning quick speeds optimized for streaming media content. PrivateVPN offers the usual security and no-logging policies that you would expect from a larger provider so you can use Kodi securely.

ZenMate is another VPN service provider promising the type of super-fast connection that is essential for Kodi streaming, along with unlimited bandwidth, and 99.9% uptime. ZenMate offers browsing from 30 of the most commonly sought country locations to help you get around geo-location restrictions. With a no-logging policy and AES 128 security protocol, its service is as secure as the other large VPN providers.

An additional benefit to ZenMate is that it is based in Germany, and according to German law, it is actually forbidden from storing its customers’ personal information and IP addresses. From a user’s point of view, this gives you extra assurance that your data won’t be transferred to anonymous third parties or be stolen by hackers, fraudsters, governments, or even your own internet service provider.

HideMyAss’s big selling point is that it offers servers in 191 countries, meaning it can be used to access programming from virtually any place on earth. Its built-in speed-testing tool is a handy feature that backs up a commitment to providing high-speed internet. Aside from that, HideMyAss is one of the larger VPN providers around, and offers all the standard security features including a kill switch to ensure nobody infiltrates your data through your Kodi platform.

What Exactly Is Kodi?

Kodi is a software application that enables users to bring all their digital media together in one place. In other words: it is a customizable home-theater platform. Kodi is free to download, and runs on the full range of Windows, MacOS, iOS, Android, Linux, and Raspberry Pi operating systems. Once you have Kodi on your device, you can customize it with third-party plugins for all sorts of free and paid online streaming services, such as: Amazon Prime Instant Video, Pandora, Spotify, ESPN, Netflix, Hulu, BBC iPlayer, and YouTube.

Why Do I Need a VPN for Kodi?

Before going over the reasons to install a VPN on Kodi, it is important to note that Kodi and VPNs are both 100% legal and legitimate. Nobody has ever been prosecuted simply for using Kodi or a VPN; but users can get themselves into trouble if they abuse these tools to view illegal or pirated content or to stream media programs without paying the rights holder.

Most people use a Kodi VPN for the same reasons as they would otherwise use a VPN: to overcome geographic restrictions and to protect their online security.

Geographic restrictions are an anomaly in our increasingly globalized world. Here are 3 examples of how networks restrict access based on a viewer’s location: Netflix is available in almost every country, but the content varies between, say, the US and the UK; BBC iPlayer is free to use inside the UK, but cannot be accessed anywhere else; and anyone uploading a YouTube video can place geographic restrictions on who can view their content.

Because Kodi is open source, it comes with many of the security issues described in this article, such as hackers trying to steal your sensitive information. With a VPN, your personal IP is hidden, meaning the content provider has no way of knowing which country you’re visiting from, and hackers and fraudsters have no way of finding out your identity.

How Does a Kodi VPN Work?

A Kodi VPN works in 1 of 2 ways. As mentioned above, a handful of VPN companies, including PureVPN, offer built-in Kodi add-ons for added convenience. Most other companies don’t offer this type of add-on, but can still be used seamlessly with Kodi. The major advantage of a Kodi VPN add-on is that it can be turned on from within your Kodi client, and that it has been even further optimized for a smooth streaming experience.

Getting around country restrictions on Kodi is simple, and works exactly the same as getting around restrictions anywhere else on the internet. Simply use your VPN client to connect to a server in the country where you wish to access content, and start using Kodi. If you’re in Europe and wish to access American content, select an American server; neither Kodi nor any third-party plugins will know where you really are.

How to Install a VPN on Kodi

Setup can work broadly in 2 ways, and again the main difference is whether or not you’re using a special Kodi add-on. Fortunately, PureVPN provides detailed instruction on how to download Kodi and install their tailor-made Kodi VPN.

If you’re using a VPN that doesn’t offer an add-on, then the process of using Kodi with your VPN is much the same as if you were just using a VPN for any other purposes. The first step is to sign up to your chosen VPN and then install their client to your device; at a minimum, most companies offer installs for Windows, Mac, Android, and iOS. Then configure your preferred VPN settings and log on to a server in your chosen country. Once you’ve done that, go ahead and start using Kodi.

One important thing to note: many VPNs offer a handy browser extension, which is great for people who typically only ever use one browser, such as Chrome or Firefox. While this can help optimize your Chrome or Firefox usage, a VPN browser extension will not work outside the browser – and therefore it cannot be used for the Kodi client. When using Kodi, you’ll need to use a VPN that covers internet usage across your entire desktop or mobile/tablet device.

There are literally hundreds of Kodi add-ons, but just to give you a taste, here are a few of our favorites:

Sony Crackle is a movie-streaming distributor owned by Sony Pictures Entertainment. The service is free with commercials on all supported platforms. It can be accessed on Kodi through a number of unofficial add-ons.

YouTube needs no introduction, but not everybody realizes it can be accessed on Kodi. If you’ve ever clicked on a video on YouTube and been greeted with “The uploader has not made this video available in your country” message, you’ll appreciate the value of a Kodi VPN. YouTube is available in the official Kodi add-on repository.

Spotify is one of the world’s most popular music streaming services, and it can be accessed on Kodi through the unofficial SpotiMC add-on. Spotify is free to use, unless you wish to use it offline, which requires a paid subscription. It is still only available in a limited number of countries, and although it is gradually being rolled out to the rest of the world, a VPN will help you access it from anywhere today.

Twitch is one for the gamers, with a selection of gaming and non-gaming content to stream live through Kodi. Like YouTube, it is available through the official Kodi repository.

Can I use a free VPN for Kodi?

Some VPN companies offer free or trial subscriptions, and as with anything, the decision of whether to pay depends purely on your own considerations. Free VPN services are typically slower and less reliable than the paid versions, and they will often limit you to low bandwidth that will run out in hours or days. Given these issues, a free VPN is a viable option if you’re visiting a country for only a couple of days and you just need a temporary fix to enable you to watch the latest episode of your favorite show or that live sports match you don’t want to miss. But if you’re looking for round-the-clock security or for permanent access to a streaming service that is blocked in your country – then you will need a subscription.