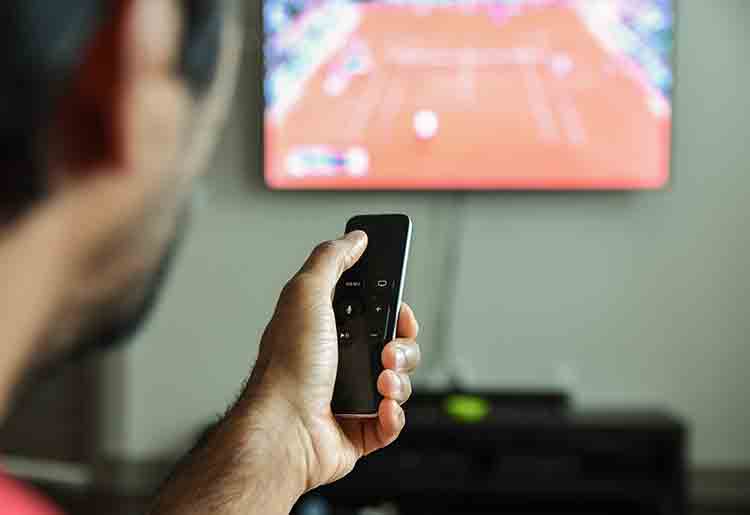 Apple TV is a popular TV streaming solution. Find out which are the best VPNs to allow you to stream unrestricted with Apple TV.

Apple began as one of the pioneers in computer technology, and today, it seems like anything the company touches turns to gold—computers, smartphones, and one of its more recent developments, streaming media players, also known as Apple TV

Apple TV is brilliant; it’s a tiny box that you plug into the HDMI port on your TV, and it then allows you to connect to the internet and watch shows and movies on your television screen.

Why Use a VPN With Apple TV?

As awesome as it is, even Apple TV has its limitations. Because it uses the internet to allow you to watch TV shows, it means that you’re limited to shows offered in your location

For people living in the United States, this is not necessarily the biggest problem, but for people living outside the U.S., or vacationing abroad, this can be extremely limiting, since sites like Netflix and Hulu block users outside of the U.S.

This is when using a VPN with Apple TV can come in handy. A VPN adds an additional layer of security to private and public networks, such as a corporate network or WiFi hotspot. But because VPNs work by replacing a user’s initial IP address with one from the VPN provider, these networks also allow users to block their locations. In the case of Apple TV, using a VPN allows people to access internet content that would otherwise be blocked in their locations.

While using a VPN for Apple TV isn’t necessary, it sure can make your life a lot more entertaining.

Setting Up a VPN for Your Apple TV

Because Apple TV doesn’t support built-in VPNs, it means that you’ll need to configure the VPN on your router in order for it to work. It may sound complicated, but it’s actually pretty simple, and only takes a few minutes.While the setup procedure will vary slightly depending on the VPN you choose, the main gist of it is the same.

Here’s how to set up a VPN for your Apple TV:

1. Go to the website of your VPN provider and log into My Account. You’ll then have the option of setting up the VPN on your devices—click on Apple TV.

2. You’ll get a DNS server IP—that’s your SmartDNS, which hides your actual location. Save that number.

3. If you live outside the U.S., go to your Apple TV and head to Settings > General > Apple TV Language, and change your iTunes store location to United States.

4. Head back to General Settings (or start from here if you live in the U.S.). Go to Network > WiFi > Configure DNS. Make sure you click on Manual instead of Automatic.

5. Input the DNS server IP that you get from your VPN.

6. Go back to Settings on your Apple TV, scroll down until you find Restart (not Reset).

Choosing Which VPN to Use with Apple TV

Setting up a VPN with your Apple TV is nothing compared to actually choosing which VPN to use. Because VPNs use sophisticated technology that the average Joe is not familiar with, most people have only the company’s website and review to rely on.

While it’s good to take a look at the company’s website to get an idea of how professional it is and the products they have on offer, reading VPN reviews is your best tool for deciding which VPN to choose.

When reading reviews of VPNs, here are some things to look out for:

If a VPN for your Apple TV is what’s been missing in your life, check out the 5 best VPNs to use with Apple TV:

ExpressVPN offers smooth and fast speed across all platforms, with a dedicated app specifically for iOS. It has servers in 136 cities and 94 countries, and its speed is spread among numerous servers for optimal performance. While it’s not the cheapest VPN on the market, customers are happy to pay a bit more for unparalleled speed and 24/7 customer support.

If security and privacy are your priority when looking for a VPN for Apple TV, look no further than NordVPN. NordVPN is known in the industry for its extra security and privacy features, such as an automatic connection kill switch and its one-of-a-kind double-data encryption technology. Plus, NordVPN prices are fairly competitive, especially considering all of its additional security features and 24/7 support.

PureVPN is known for its speed, which makes it an ideal choice for Apple TV. PureVPN has over 750 servers globally and 88,000 IPs in 140 countries; it also comes with unlimited universal bandwidth and includes security add-ons like firewall and a connection kill switch. The best part—it won’t cost you an arm and a leg. PureVPN prices are fairly reasonable and the company offers frequent sales.

Hotspot Shield provides secure browsing, fast performance streaming, access to global content, and Wi-Fi security. How fast is it, you ask? It compresses your data, allowing it to move much more quickly to its destination than other VPNs. How secure is it, you ask? It comes with military-grade security and encryption. And here’s a fun fact: Hotspot Shield was used to bypass government censorship in Egypt, Tunisia, and Libya during the Arab Spring protests.

PrivateVPN has a dedicated iOS app, which makes it a great choice for any Apple product. It uses 286-bit AES encryption technology to keep your information secure and has fast, reliable servers in 52 countries. PrivateVPN also offers up to 6 simultaneous connections, so you can use it for your Apple TV and any other devices you have.

With HD-capable connections, Surfshark is another good bet for getting the most out of Apple TV while abroad. BulletVPN and PrivateVPN have fewer servers than other VPN providers, but both providers have been noted for above-average speeds that might very well make up for any lack in server network. If you’re okay with sticking to Apple TV over Netflix, IPVanish offers zero-logging policy and a good network of servers, though reports of trouble connecting with Netflix would make it less than ideal for those relying on multiple streaming platforms. Lastly, check out VyprVPN, especially if traveling to China, where it’s been known to work exceptionally better than others in the industry.

The best VPNs not only offer a fast, secure connection, but they also offer a free trial or money-back guarantee. This is important, because like any technology, VPNs can sometimes be a little quirky, so if you have the option to try out a VPN and make sure it works with your Apple TV, that’s a good option to take.

Also bear in mind, that even if you need to troubleshoot a little in the beginning, the best VPNs usually work smoothly and continuously, with no issues. Which means that no matter where you are in the world, you’ll be able to access all of your favorite content with just a few taps of your fingers.