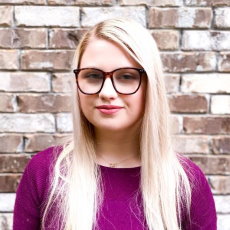 Is Pipedrive CRM Worth It?

In recent years, Pipedrive emerged as one of the leading CRMs for both SMBs and enterprise customers. It’s now used by over 90,000 teams worldwide. It values simplicity in terms of design, function, and setup, and also offers a no-credit-card-required free trial. The CRM features some attractive mobile features, like the ability to directly capture and store images associated with contacts.

Deeply Rooted Music School
1 day ago
Best software and customer support!
Pipedrive not only has been the most user-friendly experience, but their customer support is top notch! We were able to have one-on-one support via a zoom session for an introduction, and every question we’ve had has been answered same-day online. Highly recommend!

How do I know I can trust this Pipedrive review?

Top10.com authors, contributors, and editors are serious about research. We combine our own experience with the services we recommend, with reviews that come from verified users–just like you! Together, with reviews from industry experts, we find the Top 10 best products and services to make sure you can choose with confidence and ease.

Pipedrive CRM at a Glance

If your marketing and sales teams like simplicity and integration, then Pipedrive is likely to be a great match. It offers features such as sales reporting and forecasting, has an enormous library of third-party app and connector integrations, and features capable mobile apps for Android and iOS that make it easy to capture lead data while out and about.

Pipedrive organizes leads according to columns that are organized by lead stage. Like most CRMs, it gives users the ability to send and log emails directly within the CRM interface. Templates can be shared among teams and manually edited before being sent to the lead or contact.

A “Smart Data Search” widget appears to the left of the opportunity view and gives users the ability to quickly recall information about the user associated with the email address that they are sending to, including their estimated address, current employer, and LinkedIn profile.

Updating deal status is easy. Users can simply drag a lead into either the “lost” or “won” buttons in order to update the CRM—and their team members—about the deal status.

Pipedrive has some reputable workflow automation tools. Users can trigger emails to send when certain deal stages are reached. Additionally, internal actions such as account hand-offs, opportunity to contact conversions, and follow-up call prompts can all be added to internal workflows.

Pipedrive does not have any native helpdesk creator or ticket-based support system tool. However, support teams can use the web form creator to create forms that might capture information instrumental in resolving common user difficulties.

Additionally, there are many support tools in the Pipedrive Marketplace, including SupportBee, Slaask (support for Slack users), and Nectar Desk. These bring some of these support platforms’ tools into the CRM. For instance, with the Nectar Desk extension installed, Pipedrive users can make calls via Pipedrive using the CRM and append call recordings to the associated CRM record.

Pipedrive includes a native email composer and editor which includes the following features:

The sales reporting module makes it easy for sales managers to retrieve and call up high-level sales data.

A powerful filter bar on the left hand side of the screen makes it easy to recall statistics according to certain timeframes and pipeline stages. Managers can view metrics such as the average number of deals closed by period per user as well as the total and average value of deals won.

The sales forecasting module allows the sales team to generate forecasts as to their expected achievement by the next reporting period.

The forecasting tool provides a comprehensive breakdown for sales managers of both the current value of the pipeline that hasn’t been closed yet, as well as a predicted value based on the team’s history to date at creating top funnel opportunities. The combined value provides a realistic dollar value that can be used to guide top level business calculations.

Ease Of Implementation And Use

Pipedrive is among the easiest of the major CRMs to set up and use. It’s entirely cloud-hosted and the setup process involves simply having the organization’s systems administrator sign up for a free trial. After its conclusion, the organization simply has to begin paying for the subscription in order to enjoy continued access to the selected product tier.

Pipedrive has put together some comprehensive documentation to assist users with common setup activities, including importing user data from a previous CRM, configuring custom fields, and even extracting information directly from spreadsheets. In fact, the CRM even works with a third-party app called Import2 to streamline the import and setup process.

Users typically find the CRM extraordinarily easy to use. For sales teams, it’s side-by-side board-style visualization of deals makes it easy to monitor the pipeline, moving deals between stages and marking them as won or closed.

Pipedrive has apps for Android and iOS. The official mobile clients provide:

While only the top service tier enjoys access to live phone support, all Pipedrive customers can be assured of a basic level of help from the team that should be enough to resolve any difficulties they might encounter.

There is an extensive multimedia help desk which provides tutorials on both common user issues as well as more advanced topics such as resolving syncing difficulties with the mobile apps or configuring a 2-way sync service between Pipedrive and a third-party email service. The majority of one-to-one support is provided through an email/ticket-based system which operates around the clock.

How Much Does Pipedrive CRM Cost?

Pipedrive is available at 4 tiers: Essential, Advanced, Professional, and Enterprise, which can be subscribed to on a monthly or annual basis (which currently results in a 17% saving).

All 4 tiers include comprehensive calendar entry, data scheduling, and revenue forecasting, in addition to many other system components.

The differences between the tiers are as follows:

What Customers Say About Pipedrive CRM

Pipedrive is a great choice of CRM for teams that need an easy to use solution that will make staying in touch with leads and contacts as easy as possible. It also has a user Marketplace which can allow power users to significantly expand upon the basic functionalities that the CRM offers. However, for a power-user that really wants to get under the hood, they might prefer to consider other options.

ByMartha Kendall
Last updated: Jan. 04, 2023
Martha Kendall Custard writes for top10.com and is a conversion-driven marketer and B2B content creator who improves brand authority while making sales. She works with SaaS and software companies as well as digital advertising agencies to write strategic blog posts that drive traffic and convert.

Deeply Rooted Music School
1 day ago
Best software and customer support!
Pipedrive not only has been the most user-friendly experience, but their customer support is top notch! We were able to have one-on-one support via a zoom session for an introduction, and every question we’ve had has been answered same-day online. Highly recommend!