NordVPN vs. ExpressVPN: Which is Better for You? 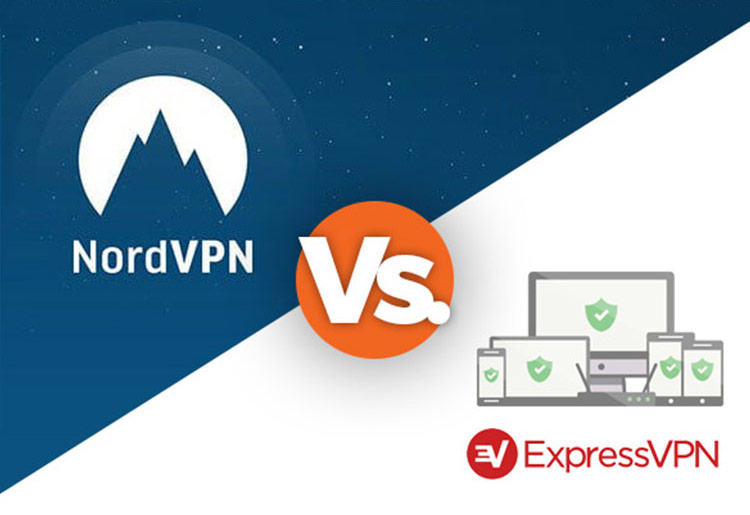 NordVPN and ExpressVPN both provide top-of-the-line encryption and the type of speed you need to sidestep geo-restrictions and circumvent and safeguard your identity and your location. Both services have their pros and cons, and in this battle, we pit them against one another to see which one is the better purchase.

Both NordVPN and ExpressVPN offer a wide-range of features and security that can help you rest easy. Their products are easy to set up and operate, and harness the power of servers located across the world. Both have a strict no-logging policy and customer service that can get you out of a jam.

NordVPN uses what it calls “military-grade encryption.” Known as AES (advanced encryption standard), it was used by the US government to secure data for the National Security Agency, according to NordVPN. The company also uses IKEv2/IPsec, which uses cryptographic algorithms and keys to secure data.

NordVPN also uses double encryption by using a Double VPN. This puts your traffic through a VPN tunnel and hides it behind a number of servers. In other words, the connection has to pass through different locations and gets encrypted twice, increasing your security. This can be a real benefit for people who are trying to avoid censorship or online crack-downs, such as political activists and bloggers in non-democratic countries.

Not to be outdone, ExpressVPN touts what it describes as the “best-in-class 256-bit AES encryption,” which the company asserts is the “standard trusted by security experts worldwide” and has been adopted by the US government.

ExpressVPN uses control-channel encryption by way of cipher block chaining. This method makes every message passed dependent on the one before it, so that if anything goes wrong it is easily detected. Every time you log on to the VPN you are given a new secret key so that even if your computer or service is compromised, no one is able to access your traffic from previous sessions. Express also offers totally anonymous browsing.

Both ExpressVPN and NordVPN have “no logging” policies that make sure no record is kept of your private data or activity online.

While ExpressVPN does have top-notch encryption, NordVPN seems to have more layers of protection in its arsenal.

Getting ExpressVPN up and running is as easy as just downloading it and pressing “yes” when prompted. Once installed, any time you log in it will automatically find the fastest server available. The company says that setting up its VPN takes less than 5 minutes and doesn’t require changing any settings on your computer or mobile device. In fact, that’s why they chose the name ExpressVPN to being with.

NordVPN is also quite simple to use, and getting started is as easy as downloading it and following the prompts. The company says that setting up and using NordVPN is as easy as making your morning coffee, though the stakes may be a bit higher. You can protect up to 6 devices simultaneously with NordVPN and all of the same configurations are automatically put in place for each one.

Both companies offer easy set up and are built for novices and experts alike, but the speed of ExpressVPN and its clean and straight-forward website take the edge here.

ExpressVPN has an impressive list of features on its service, which is run out of 145 VPN locations in 94 countries, which you can access through unlimited server switches. ExpressVPN allows you to keep speed at a premium with the “speed test” feature that allows you to see which servers are running the fastest and connect accordingly. This is part of what helps ExpressVPN provide what may be the best speed on the market.

You can also at any time use the privacy and security checker “to see what the rest of the internet can see about you,” according to ExpressVPN. It also allows you to run some your traffic through a VPN and the rest directly over the internet through “split tunneling.”

The company offers a number of blogs and informative guides about security, internet privacy, and a streaming guide for viewing sports online.

NordVPN won’t shortchange you with the features either, and in addition to top notch security, the company offers great speed through more than 1100 servers in 60+ countries, allowing you to quickly and seamlessly access and stream hundreds of websites and geo-restricted content.

The company can also provide you with your own dedicated IPN address and works on up to 6 devices simultaneously.

Both companies offer top flight security and an easy to use product. ExpressVPN gets the edge though for its lightning speed, though NordVPN is no slouch.

Both companies give you a lot of bang for your buck when you consider the security and speed you get with both. Just going strictly by the numbers though, NordVPN is simply a better bargain. Nord starts at $2.75 per month for a 3-year plan. With ExpressVPN, the cheapest plan is $6.67 per month for 15 months.

Most importantly though – and this is where the real difference is felt – NordVPN can be run on up to 6 devices at the same time, while ExpressVPN can only handle up to 3 simultaneously.

Both give you a lot for an affordable price, but NordVPN can handle twice as many devices for that price.

Both ExpressVPN and NordVPN provide extensive online knowledge bases and troubleshooting guides, as well as the ability to submit a service ticket by way of an online form. In addition, both offer a live chat option, but while a query made to ExpressVPN was answered with a full answer almost immediately, one submitted to NordVPN did not get a reply within anywhere near the same time. Both companies also have prominent social media accounts, where users can ask questions and get answers.

Express performed much better in a test of the live chat customer service.

This battle was no knockout, but ExpressVPN did edge out NordVPN overall. Both companies offer a wide range of features including great speed, security, and ease of use, at an affordable price. And while NordVPN performed better when it came to security and price, ExpressVPN simply takes the win for their features, customer service, and ease of use.

If you need to secure up to 6 devices then NordVPN would be your ticket, being that it can handle up that many. If not, then ExpressVPN still takes the cake.