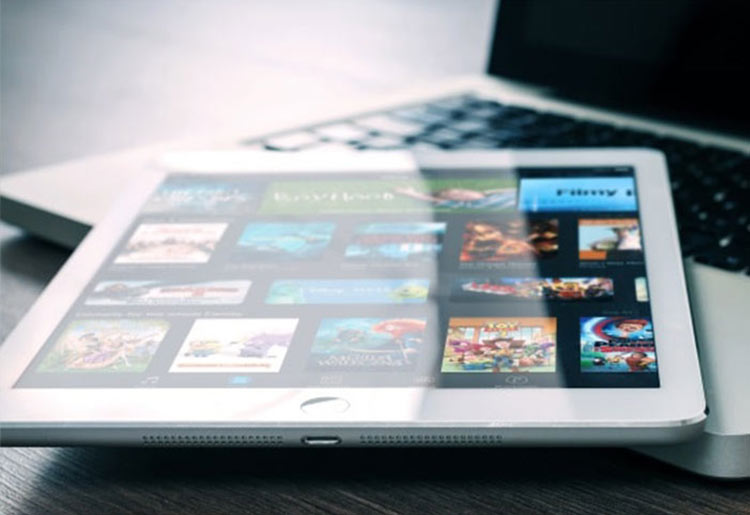 VPNs are a popular tool for internet users to browse securely and access restricted content, but which service is best for iPad? We outline the top in the industry.

Most VPN providers typically offer separate applications for Windows, Mac, Android, iPhone, and iPad. A VPN for iPad works exactly as on any other device, and is configured to work seamlessly on your iPad.

Best VPNs for iPad and Tablet

ExpressVPN is one of the most popular VPN services, and it’s easy to see why, with more than 1,700 servers working at fast speeds. ExpressVPN for iOS works smoothly on iPhones and iPads with iOS 8 and above. It includes a smart location feature, which automatically chooses the fastest server possible based on your own location. Users may also select their preferred server manually. ExpressVPN works on the OpenVPN security protocol, and all its servers come with a promised 99.99% uptime and unlimited bandwidth.

NordVPN for iPad is another one of the most popular VPN options out there, and the good news is that its iOS app brings its intuitive and attractive design to iPad. The app runs on the IKEv2/IPsec security protocol, with advanced-level encryption, stability, and high-speed performance. Subscribers can use NordVPN simultaneously across 6 devices, enough for 2 individuals to browse securely on desktop, smartphone, and tablet with just 1 account. Another fantastic benefit is the zero-logging policy: NordVPN is based in Panama and won’t keep any logs of your usage, making it impossible for governments or anyone else to find out your browsing history in the future.

Whereas some VPN providers boast about price or a high number of servers, Hotspot Shield promotes itself as providing the most secure service. It offers anti-malware and ad-blocker protection, unlimited bandwidth, and access to faster premium services. These promises make Hotspot Shield very popular with iOS users; at time of writing, it was the only VPN service on the Apple Store’s list of 50 highest-grossing apps.

CyberGhost for iPad promises the strongest “military-grade encryption” in the VPN market. Users of its iOS app get instant notifications about blocked malware, online tracking, and other important security parameters. CyberGhost has a strict no-logging policy, and it also offers anti-fingerprinting to prevent the apps and websites you visit from learning about your online behavior. And like a lot of its competitors, CyberGhost allows users to connect to their servers on 5 different devices simultaneously, which is great if you have a couple of iPads lying around to complement your PCs or smartphones.

How Does an iPad VPN Work?

A VPN for iOS works in the same way as any other VPN, except that it has been configured for use on your iPad or iPhone.

How Do I Choose the Right VPN for My Ipad?

If you’re planning to use an iPad VPN, the first thing to do before signing with a specific service provider is to make sure they actually have an iPad app (most do). Once you’re satisfied that they cater to iPads, the other major considerations are the same as they would be for using VPN on any device: privacy, security, location, price, and reliability of service.

When assessing a VPN provider for privacy and secure connection, you should be looking for the following: use of a trusted security protocol, such as OpenVPN or IKEv2/IPsec; a no-logs policy, so you know your usage won’t be recorded; and bonus features, such as anti-fingerprinting, which prevents apps and websites learning about your online behaviour and serving you customized ads.

As for location, each person has their own considerations. Are you planning to use your VPN to access a server in 1 location? In that case, all you need to do is make sure your chosen VPN services that location. Or are you a frequent traveller who has no idea where they’ll next end up? If this sounds like you, you should be looking at how many servers your VPN offers; some boast of thousands of servers in dozens of countries.

Prices tend to only vary slightly between each of the major VPN providers, so it’s worth looking into the finer print and seeing which ones are cheaper for your needs: one VPN company might be cheaper for a 1-month subscription, while another might be cheapest for a 2-year subscription, and a third might have frequent sales that bring their price below all other competitors.

Are There Any Free Options?

Some VPN companies offer free or trial subscriptions, and as with anything, the decision of whether to pay depends purely on your own considerations. Free VPN services are typically slower and less reliable than the paid versions, and they will often limit you to low bandwidth that will run out in hours or days. Slow browsing speed can be even more pronounced if you are browsing from your iPad.

Given these issues, a free VPN is a viable option if you’re visiting a country for 2 or 3 days and just need a temporary solution to your internet problems. But if you’re looking for round-the-clock anonymity or for permanent access to an app or site that is blocked in your country – then you will need a subscription. The good news, as you can see from the providers listed above, is that a 1-year plan shouldn’t cost more than $60 to $70.

Setup in a Matter of Seconds

Regardless of which company you’ve chosen to bring you VPN for iPad, setup should be simple and take a matter of seconds. The first thing to do is download the app for your chosen VPN company. If you’ve already subscribed through desktop or smartphone, just log in. Most apps will then ask you to configure your settings before starting. For example, when using ExpressVPN, step 1 is to tap the ON button; step 2 is to choose a location from a list of recommended or favorite locations, or from all the available locations; step 3 is surfing with anonymity.

The Main Uses for an iPad VPN

Most people who use iPads use mainly apps, so the best use of a VPN is to use these apps without revealing one’s personal IP address. Many apps use geo-location to restrict downloads or access to specific countries, or to re-configure the settings depending on where you’re browsing from. Ever taken your iPad on holiday and found yourself barred from accessing Netflix or Spotify, or been in a non-English speaking country and found that your Google Maps is suddenly showing a language you don’t understand? Installing an iPad VPN is the solution. The VPN can do something called geo-spoofing.

One Final Thing to Consider

Nobody likes a slow internet connection, so it’s important to sign up for a VPN provider that offers high-speed connection and a large number of servers so that you can switch from one to another if your first connection proves too slow. Many things can impact the performance of your VPN server, including how many other people are on the same server, how far you are from the server location, and the level of encryption.

Fortunately, the VPN market is incredibly competitive, and most companies offer short trials or 30-day money-back guarantees. If speed is an important consideration, you might want to try out a few of the service-providers listed here before committing to one.