Nadav Shemer
Last updated: Mar. 10, 2022
It’s no exaggeration to say that the internet has become essential to modern living, much like electricity, water, and sewerage. Like any other essential utility, you want to be sure you’re getting everything you need from your internet service provider (e.g., speed, reliability) without overpaying. Keep reading for our top 10 tips on how to save money while choosing an ISP.

Virtually every American has the ability to choose between internet service providers, with 94.6% living in areas served by three or more ISPs and 99.8% in areas with two or more ISPs, according to Federal Communications Commission data from June 2019. If we disregard satellite internet providers (who are often the only providers in underserved areas), then only 23.9% of Americans have access to three or more providers and 70.9% have access to two or more providers. But technically, that still gives the majority of Americans the power to choose.

What do you do when you have the option of choosing between multiple service providers? You compare. In the case of internet service providers, comparing them head-to-head for value for money (i.e., by comparing the cost against the speed, reliability, and other features) is the best way to save money.

Selecting an internet service provider is only half the work; the other half is picking the plan you need. The typical ISP has 3-6 plans differentiated by download speeds, upload speeds, and occasionally other features.

The key indicator to look for when comparing plans is download speed. If you have a large household with numerous interconnected devices or you regularly do things on the internet that require lots of bandwidth (such as viewing live streams in 4K or participating in round-the-clock online multiplayer gaming on the most-advanced consoles), then it makes sense to pay for a 1 Gig plan. But if you only need internet for email, browsing the web, and streaming videos in regular high definition, then you should be able to make do with a cheaper 10-50 Mbps plan.

3. Find out if you qualify for a subsidy

Internet is supplied by private companies, but that doesn’t mean they’re always out to charge you top dollar. In certain circumstances, there may be providers in your area willing to offer subsidies.

The best-known example of this is Comcast Xfinity’s Internet Essentials, a program that brings affordable internet to people who need it. If you qualify for the National School Lunch Program, housing assistance, Medicaid, Snap, SSI, or another similar program, and you live in an area where Comcast internet service is available, and you haven’t had Comcast internet in the last 90 days, you may qualify for low-income internet.

4. Negotiate (or threaten to quit)

The more internet service providers in your area, the more power it gives you as a consumer. If you know there are rival ISPs in your neighborhood offering similarly priced deals, then don’t be afraid to negotiate better terms. You’ll be surprised how open internet companies can be to offering incentives like 12-month discounted rates just to make sure you choose them over their competitor.

If you’re already a customer, then threatening to quit (and move to a competitor) can have a similar effect. Just like cell phone providers, cable phone companies, and other service providers, the ISPs know the majority of customers are likely to stick with them year in and year out regardless of prices. Don’t make the same mistake. Review your internet subscription each year to save money.

5. Bundle internet with other services

Bundling is often customizable, meaning you get to choose your internet speed, cable channels, and minutes/text. This gives you the power to only buy what you need and not get trapped into buying services you don’t need and/or can’t afford.

6. … or unbundle and go internet only

It might sound counterintuitive, but for some people it actually makes sense not to bundle. If you want cable or a landline, then by all means bundle. But don’t bundle just for the sake of convenience or the illusion of saving money.

More and more Americans are cutting the cord and going internet-only. Technically, you don’t need a landline when you have the option of doing everything on your cell phone or with internet calling apps like Skype or Zoom. And technically, you don’t need cable television because you can access almost everything these days through online streaming.

What we’re trying to say is: do what suits you. If you prefer to keep your cable or telephone, then bundling may save you money. But if you’re ready to take the leap to internet-only, then you’ll earn yourself even bigger savings.

7. Be picky about added features

Like any service provider, ISPs will try to upsell you on any number of features such as anti-virus protection, advanced spam-blocking, priority customer support, and email accounts. And can you blame them? After all, with internet becoming cheaper and cheaper due to more competition, the ISPs have to make money somehow.

Some of the add-ons offered by internet providers could be useful, so we’re not suggesting you reject them outright. But what we are suggesting – particularly if money is an issue – is to be cautious about agreeing to everything. Do you really need third-party anti-virus protection or can you get it cheaper by going directly to the provider? Is priority support really necessary?

Bottom line: pay for what you need.

8. Buy your own modem

One of the easiest ways ISPs have made money from customers over the years is through monthly router rental fees. Truth is, buying a new router / modem shouldn’t cost you more than a year’s worth of rental fees. Therefore, unless you’re planning to use the internet for just a few months and then go off the grid forever, having your own model will serve you well in the long term.

Another helpful tip: if you bring your own modem, double check to make sure your ISP doesn’t charge you for rental anyway. ISPs used to be in the habit of slipping router rental charges into bills – even when the router belonged to the customer. Thankfully, this little trick became illegal in December 2020, so you should never ever have to pay a rental fee again unless you choose to.

9. Use hotspot from your phone

What’s cheaper than the best-priced plan in your neighborhood? Not buying internet at all. If you don’t actually use the internet that much, then you may be able to get by with just the hotspot from your phone.

Before going down this route, note: even the best cell phone plans typically limit you to about 35-50 GB of data usage per month, which you can burn very quickly if it’s your only source of internet at home. To make matters worse, some providers limit hotspot usage to a fraction of the overall usage, making hotspots impractical for all but basic internet usage.

10. Use local Wi-Fi or local library

Continuing on from our previous point, another way to avoid paying for internet is to use public internet, such as local Wi-Fi connections or the local library. While it’s nice to know you’re getting something out of your tax dollars, public Wi-Fi isn’t useful for anything more than very basic internet usage (and given this past year of lockdowns and quarantine, you can’t always be sure of access).

You need the internet, but that doesn’t mean you have to break the bank getting it. Unless you do things at home that require a premium high-speed connection, it is possible to save money with your internet service provider. 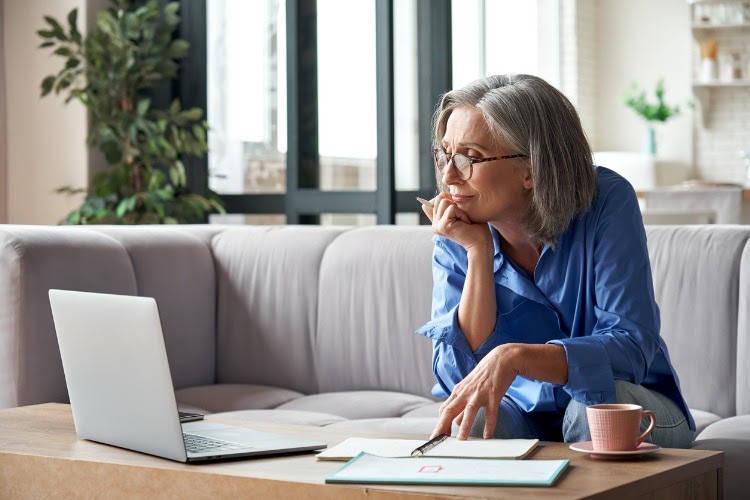