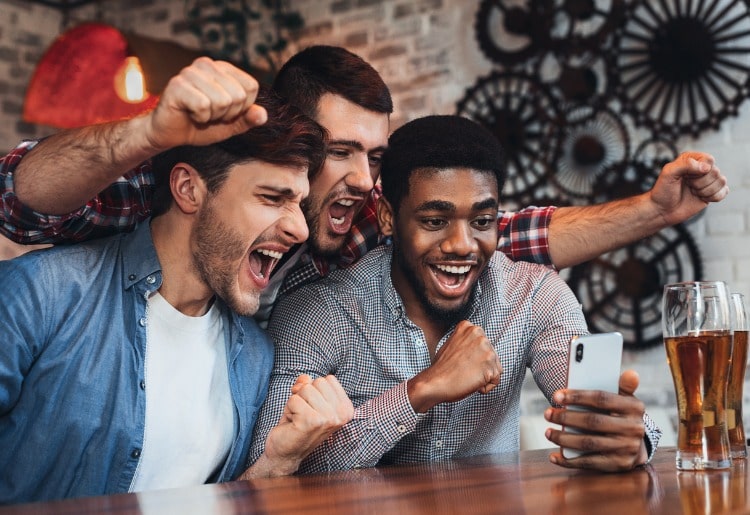 UFC 246 is kicking off the new year with what’s sure to be one of the biggest fights of 2020. On January 18, Connor McGregor will return to the ring to take on former lightweight champion Donald Cerrone. The Las Vegas event will also feature a lineup of other big clashes, so it’s one you won’t want to miss.

If you can’t make it to Las Vegas to watch McGregor vs Cerrone in person, don’t worry. We’ll explain how you can watch UFC 246 from anywhere in the world. We’ll also cover how you can catch a UFC 246 free live stream using a VPN.

Watching UFC 246 in the United States

If you’re planning on watching this matchup from the US, you have to go through ESPN+, which is ESPN’s paid streaming service. ESPN+ itself costs $49.99 per year, but the service is offering a bundle promotion ahead of the big fight that includes the pay-per-view fee for UFC 246. That bundle costs $84.98.

Right now, ESPN is not offering a way to purchase UFC 246 on its own, without an ESPN+ subscription. Once you’ve purchased the service, you’ll be able to watch on just about any device. ESPN+ has apps for iOS, Android, PlayStation, Chromecast, Roku, and FireStick, among others.

Note that UFC Fight Pass, which offers access to most UFC events, will be blacked out during UFC 246. So, ESPN+ is your only option to watch the McGregor-Cerrone fight.

Watching UFC 246 in the United Kingdom

BT Sport has similar rights to broadcast UFC 246 in the UK as ESPN in the US. It’s essentially the only viewing option in the UK. In order to access the live fight, you’ll need to be a BT Sport subscriber, and then pay an additional £19.95 for pay-per-view access to the fight. Just as in the US, the UFC Fight Pass will be completely blacked out during the live event.

Watching the upcoming UFC match is significantly easier in Australia thanks to the fact that Main Event serves as a one-stop-shop for combat sports. This service not only includes UFC 246, but also broadcasts WWE, Boxing, Impact Wrestling, and more.

Even better, Main Event is surprisingly cheap. You can order UFC 246 for just $54.95 through Foxtel or Opus.

If you want to watch UFC 246 from Canada, things get a little bit tricky. That’s because there are 2 different broadcasters for the preliminary and main events.

If you want to watch the preliminary fights, TSN is your only option. The good news is, there’s no added pay-per-view cost for watching the events if you already subscribe to the service.

Most viewers are in it for the main event, though—after all, that’s when McGregor will take on Cerrone. For this, you need UFC Fight Pass, which costs $9.99 per month or $95.99 per year. Expect to pay an additional $64.99 to view the main UFC 246 event itself.

Germany has one of the most affordable streaming services for watching UFC 246: DAZN. This subscription-based streaming channel doesn’t require a cable subscription and doesn’t charge a pay-per-view fee to watch the fight. The platform costs just €11.99 per month (you can cancel right after the fight) or €109.99 per year.

Watching UFC 246 in the Middle East

UFC 246 is absolutely free if you’re in the Middle East and have a cable subscription. That’s right—there’s no extra subscription needed and no pay-per-view fee. It doesn’t get much better than that. Just tune into OSN to watch the fight.

Watching UFC 246 for Free with a VPN

Whether your country has an option available for watching UFC 246 or not, you can use a VPN to stream the fight from anywhere in the world. With a VPN, you’re not confined to paying the single UFC 246 broadcaster in your area. Instead, you can opt for cheaper services like Germany’s DAZN.

Better yet, you can use a VPN to safely watch a UFC live stream for free. With a VPN, your identity and location are fully anonymous, making it nearly impossible for copyright lawyers from UFC to track you down. You’ll find a variety of free live stream sources online, including on Reddit and MatchTV.

Not all VPNs are created equally, so it’s important to get the best one to protect your anonymity and maintain a seamless video stream. Let’s take a look at three of our favorite VPN options.

Best for: Reliability and customer service

ExpressVPN has one of the most important things you need for streaming: speed. This VPN platform does a nice job of maintaining your connection speed, even when you’re routing through servers in Europe or Asia. It’s also a strong choice for protecting your browsing history, as ExpressVPN has a strict no-logging policy and runs a customized zero-knowledge DNS on all of its servers.

ExpressVPN is somewhat pricey, at $12.95 for a one-month subscription. But, that comes with live support, which can be a lifesaver if something goes wrong with your connection just as the McGregor vs Cerrone fight is starting.

CyberGhost is one of the most powerful VPN platforms out there, with a huge number of features you can customize. The service absolutely won’t log any of your browsing data, and you can further protect your privacy with automated HTTPS redirection. Even better, the service is designed to support torrenting, so it should have no problem with performance when delivering a live stream of UFC 246.

The only downside to CyberGhost is the cost. The service charges $12.99 per month, although there’s a 24-hour trial that you can activate just ahead of the fight.

Best for: Streaming on unlimited devices

Surfshark is the VPN of choice if you’re planning to stream fight night across every device in your house. The platform doesn’t place any limits on the number of simultaneous connections you can open, and using multiple devices won’t slow down your connection. Even better, the company is dedicated to privacy. It doesn’t log any of your browsing data, and you can double-hop between servers when connecting to make it even harder for someone to follow your activity.

UFC 246 is shaping up to be one of the banner events of the year, so you won’t want to miss it. Let’s recap the official UFC broadcasters that will be streaming the live fight around the world:

Keep in mind that if you don’t already have access to a streaming service that’s offering the fight, you can use a VPN to find the UFC fight night live, for free. Since privacy is so important when streaming UFC 246, we recommend CyberGhost, Surfshark, or ExpressVPN.

No matter where you live, it’s easy to tune into UFC 246 to catch the banner McGregor-Cerrone matchup and all the other fights happening on January 18. Plus, now that you know how to watch UFC 246, you don’t have to miss a single punch, kick, or submission.