Which 2020 Sports Events Are Back In Action and How Can You Watch Them? 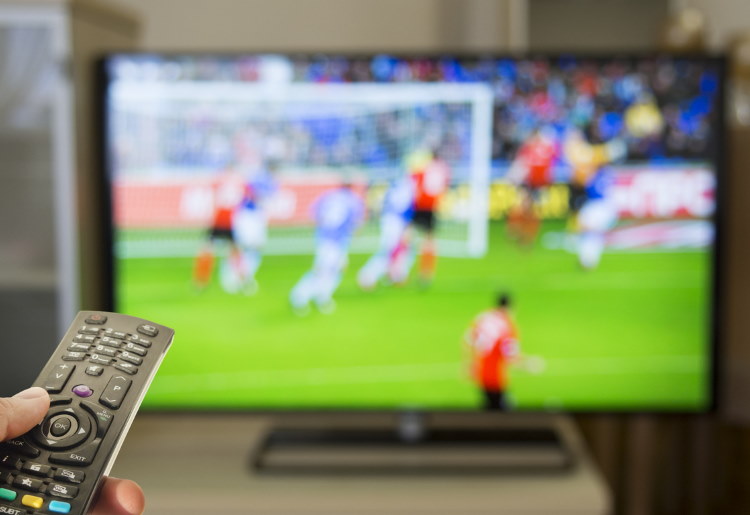 Live sports are coming back to our screens! That’s right, after several months of no sports thanks to COVID-19, business as usual is about to resume. Many of our favorite sports have already confirmed return dates in June/July. Others are expected to make announcements in the coming weeks.

These past few months have been tough for sports fans. Sure, we’ve all found ways to deal with it. Some of us have honed our NBA 2K or FIFA skills, others have binged on re-runs of classic games, and millions have streamed the ESPN/Netflix Michael Jordan docuseries ‘The Last Dance’.

But let’s be honest: nothing beats live sports.

The resumption of live sports will be bittersweet. No crowds will be allowed at live sports for the foreseeable future. But the good news – is that most if not all live sports should return to our screens in one way or another in the next few months.

Keep reading for a breakdown of when live sports are returning and how you can watch using a VPN.

Which Sports are Scheduled to Return from Covid-19?

UFC. The Ultimate Fighting Championship was the first sport to return from Covid-19 ,resuming May 9 after an 8-week shutdown.

NASCAR – returned: The 2020 NASCAR Cup Series resumed May 17 after a 10-week shutdown. The return to racing went ‘smoother than expected’, according to NASCAR officials, prompting them to release a new race schedule for June through October.

PGA Tour – returning June 11. Professional golf will resume with the Charles Schwab Challenge in Fort Worth, Texas. As for the grand slams: the 2020 PGA Championship at Harding Park in San Francisco will take place August 9 after being moved from the original date of May 17. Technically, this will be the only major of the season. The Open Championship in Britain has been cancelled. The US Open in Mamaroneck, NY, was moved from its usual date in June to September 20 at the beginning of the 2020-21 season. The Masters Tournament will take place at its traditional location in Augusta, Georgia, but on November 15 instead of April.

English Premier League – returning June 17: The EPL plans to play out the remaining 92 games in the 2019-20 fixture, which is great news for the millions of English soccer fans in the U.S. The season will resume with the blockbuster fixture between Manchester City and Arsenal. Liverpool is virtually guaranteed of winning the title, but there are still battles for European qualification and relegation to keep fans interested.

MLB – returning July 23 or 24. The 2020 Major League Baseball season was postponed without a pitch being thrown, but after some heated negotiations an agreement has been reached and the season is poised to begin on July 23 or 24. The truncated season will run for 60 games and include a few rule changes, including a universal designated hitter and the minor-league protocol for extra innings in which a runner will be installed on 2nd base at the beginning of each half-inning of overtime. Some details still need to be ironed out, but teams are expected to report to spring training on July 1st.

NBA – returning July 31. The NBA was the first of the big four sports leagues to postpone play in March. It will also be the first to resume, when the 22 teams still in title contention gather in Orlando. The schedule will comprise a shortened end to the regular season, a play-in tournament for teams on the fringe of the playoffs, and then a standard 16-team playoff tournament. If all goes as planned, the NBA Finals will finish by October 12. The odds are still on a mouth-watering NBA Finals matchup between Giannis Antetokounmpo and the Milwaukee Bucks and LeBron James and the LA Lakers.

Pro Tennis – returning August/September. The ATP and WTA tours are both currently scheduled to resume at the Washington Open in Washington, D.C., on August 3. As for the year’s three remaining grand slams: the US Open is scheduled in its usual place on the calendar on August 31 and the French Open has been rescheduled to September 20, but Wimbledon has been cancelled. There are clouds over the US Open, with stars such as Novak Djokovic and Rafael Nadal expressing concerns about how Covid-19 travel restrictions might impact players.

NFL – returning September 6. The National Football League was fortunate in that Covid-19 only really hit the US a few weeks after the Kansas City Chiefs defeated the San Francisco 49ers in Super Bowl LIV. The NFL insists the season will begin September 6.

Which Sports are Yet to Confirm a Restart in 2020?

Here’s a list of sports that are yet to confirm a return date:

Why You Need a VPN to Watch Live Sports

VPN stands for virtual private network, but the ‘V’ could just as easily stand for ‘versatile’. That’s because a top VPN provider can get you around virtually any hurdle associated with watching live sports. Don’t want the stream to shut off right in the middle of the big fight / big race / big game? Here’s how a VPN can help.