Disney+ is a leading streaming service offering access to a range of Disney, Pixar, Marvel, and other movies and TV shows. It has an attractive desktop interface, and the mobile app is streamlined and easy to use. On top of this, Disney+ is one of the more affordable streaming services available. You can stream on up to 4 devices at a time and download on up to 10 devices. On top of this, bundles are available that include Hulu and ESPN+.

How Much Does Disney+ Cost?

A basic Disney+ subscription will cost you $7.99 per month or $79.99 per year. It includes access to the full Disney+ library, which includes a range of titles from the collections listed below.

This is by no means an exhaustive list, and you will find various documentaries, TV series, and movies from other sources as well. There’s also a great mix of old and new content, with more being added regularly.

Another option is the Disney+ Bundle, which includes subscriptions to ESPN+ and the ad-supported version of Hulu. This costs $13.99 per month and is a great option for those who want to save a little money using all 3 services. There’s also a Bundle with the ad-free version of Hulu, which costs $19.99.

When compared to the other major streaming brands, Disney+ presents excellent value for money—particularly for those with children. For example, Netflix’s base plan starts at $9.99, and HBO Max will set you back a high $14.99 per month if you want an ad-free experience.

When it comes to add-ons, Disney+ has little to offer. The only thing worth noting is its Premier Access feature. With this, you can access new releases before they’re made available to the general public.

However, you will have to pay $29.99 per title, which is significantly higher than you would pay to see most movies in cinemas. Add to this the fact that most Premier Access films are released for free within a few months, and it’s hard to see the value here.

How Does Disney+ Work?

To get started with Disney+, you will have to subscribe to a new account. There’s no free trial, which is a little concerning, but the $7.99 per month subscription fee is more than fair. You will need to download the Disney+ app on the device you want to watch on and sign in. It’s available on a wide range of devices, including the following:

You will be given a default primary profile when you log in for the first time, which provides unrestricted access to all content. You can also configure up to 7 user profiles and set them up with various settings.

For example, you might like to create a child-friendly profile for your kids. This enables you to switch PG and higher-rated titles off. However, there’s one major flaw: nothing prevents your kids from just switching to another profile if they want to watch a title that you’ve blocked.

Other things you can configure include the primary language, whether titles autoplay or not, and PIN protection. You can also add your favorite titles to your profile to help Disney+ recommend relevant content in the future.

Last, but not least, the Disney+ user interface is excellent. It uses the same format as most other streaming platforms. Highlighted shows and movies are presented at the top of the screen, and you will find other titles cleverly sorted by genre, category, and more.

Is Disney+ Reliable and Safe?

A quick web search reveals that Disney+ usually receives decent reviews across the board. For example, it has an average rating of 3.6/5 on consumeraffairs.com.

However, there are numerous 1-star reviews based on people not being happy with the platform’s library. There were also some concerns with its billing system, although most reviews mentioning this are from the first few months of the platform’s existence.

It also receives a relatively unimpressive rating of 3.1/5  on Facebook. But once again, it appears that most negative complaints are related to Disney+’s library being more suited to kids than adults—which is something we would expect anyway. It is Disney, after all.

Disney+ is backed by excellent customer service. Even non-subscribers can reach out to the support team via the 24/7 live chat and phone channels. Some users have reported long wait times and concerns about the helpfulness of the support agents, but we had nothing but a positive experience.

There’s also an excellent Help Center with loads of how-to articles and useful guides. These are very well written, and many come with built-in videos and screenshots for maximum usefulness.

What About the Disney+ App?

Disney+ is available on both Android and iOS devices. It’s free, and it receives excellent ratings on both platforms (4.3/5 and 4.4/5 respectively). The mobile apps both have the same functionality as the desktop app, enabling you to download, watch, and explore content from across the Disney+ library.

Since its release in 2019, Disney+ has rapidly grown to become one of the world’s largest streaming platforms. It offers a wide selection of Disney movies and TV shows, along with Star Wars, Marvel, Pixar, National Geographic, and various other titles.

It’s easy to use, very affordable, and comes with great mobile apps. However, it is worth noting that much of its content is targeted at children and families, and you won’t find a huge range of adult movies.

But overall, Disney+ is your one-stop shop for streaming content from the Disney universe, and we’d highly recommend it if you or your family are Disney fans.

What channels are included in the Disney+ bundle?
A basic Disney+ subscription will give you access to Disney, Star Wars, Pixar, Marvel, and various other movies and TV series. The bundle package adds ESPN+ and Hulu.

ByDaniel Blechynden
Last updated: Jan. 05, 2023
Contributing to many popular websites, Daniel’s writing focuses on technology, science, and dependable reviews. He holds degrees in Chemistry and Marine Science from the University of Western Australia and has been a regular critic of software, web hosting, website builders, and a variety of other tech products and services for several years, leaning on his academic background for rigor in research and writing.

Great shows all the time and the service never lags. They have a great variety of shows for all ages.

He
HelenIN
Was it helpful?
5 months ago

I really enjoy the quality of the shows and movies shown on the Disney+ service. They have a great variety of movies and it is very easy to navigate.

Be
BeckyAL
Was it helpful?
6 months ago

I love Disney+'s thousands of TV shows. And it is very inclusive on the shows you watch. Plus, you can watch old shows and stream it at home or on your phone.

Ja
JazzmyneeMI
Was it helpful?
6 months ago

Endless entertainment from Disney+. There are new releases to my favorite classics: the past, present, and future ones for me to enjoy.

Ed
EdithOR
Was it helpful?
6 months ago

We love how much our granddaughters enjoy the wonderful Disney movies. Encanto and Frozen are two of their favorites.

Jo
JoCA
Was it helpful?
6 months ago

It offers many different TV shows for the whole family to watch, and not just a certain age group.

Ni
NicoleOK
Was it helpful?
6 months ago

It has everything Disney old and new and plus. There are so many great options. I would recommend to anyone, big applause to this wonderful service. I wouldn't say anything bad about the service as everything is perfect.

Ro
RoniFL
Was it helpful?
6 months ago

Compared to past streaming services it's perfect for my family. My kids love it and watch it every day. Has great selection that we all love. It's affordable. I don't really have any complaints when it comes to Disney+.

Ta
TaylorOK
Was it helpful?
7 months ago

Love it for both children and adults. Great shows and movies. We are big fans of Marvel, and they offer everything we want in a streaming service.

Ry
RyanPA
Was it helpful?
7 months ago

This service has great premiere movies and shows. They also have great original movies and programming. I really like using Disney+.

He
HermanNJ
Was it helpful?
7 months ago

I love everything Disney makes and have since I was 5 years old. I grew up watching Disney on Sunday nights. I've been enjoying their productions for 64 years.

El
ElleIN
Was it helpful?
7 months ago

Great movie and shows. Their service is very good with a great picture quality and their sound effects are awesome. Disney+ has everything you want is a streaming service.

Je
JenniferAR
Was it helpful?
7 months ago

I love it because Disney is awesome! I grew up with it and I still watch the same movies as I did.

Ni
NicolePA
Was it helpful?
7 months ago

It lets me see the programs that I am interested in at a low cost. It is easy to use, I just to go to the site and pick out the show and press the button to watch.

Ke
KentOH
Was it helpful?
8 months ago

Le
LeannaIL
Was it helpful?
6 months ago

I love Disney+ and enjoy watching it with my grandchildren. They are all into this channel so I will be watching it more. It is better than other streaming services.

Ru
RuthMS
Was it helpful?
6 months ago

Good customer service, but if they added more new content and lower the prices then it would 100%, I would give it 5 stars. Also, fix the frequent crashing.

Br
BrendaLA
Was it helpful?
6 months ago

Disney+ does very well with providing content for all ages, nationalitiess geographic laocations. Sometimes I feel as an adult, there's nothing there I want to watch. I often find when I look for movies there's not a lot offered there.

Cl
ClaraFL
Was it helpful?
7 months ago

Actually just joined a few days ago, so I have to wait at least 30 says so I can see how it is or if it's worth the money but I like it so far.

An
AnnaIL
Was it helpful?
7 months ago

Disney has plenty of movie and TV options to choose from. Their shows are very nostalgic for me. I love the easy interface.

Mi
MichaelNE
Was it helpful?
Our rating system
Our reviews come from verified users–just like you!
The star ratings are based on the overall rating of each brand. Some reviews are provided via third party suppliers. We encourage you to write a review of your experiences with these brands.
Visit Site
Best TV ServicesCompare All
Sling TV
DirecTV Stream
ESPN+
Philo
Disney+
Compare All
Must Reads 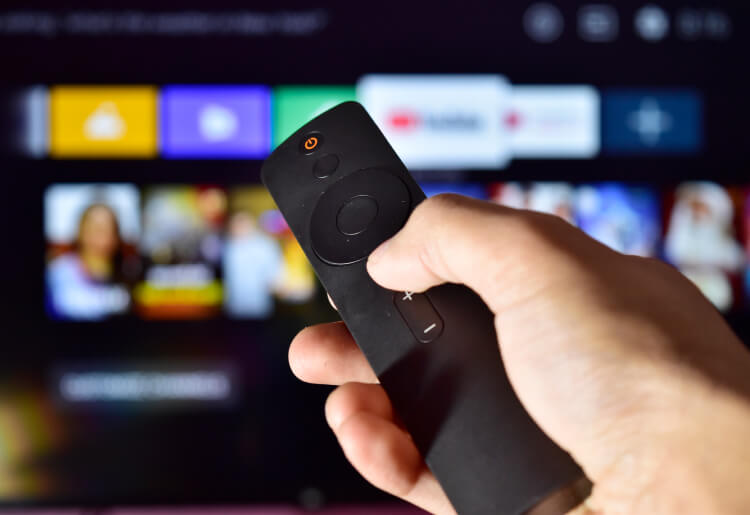 10 Reasons TV Streaming Is the Future of TV
Read more 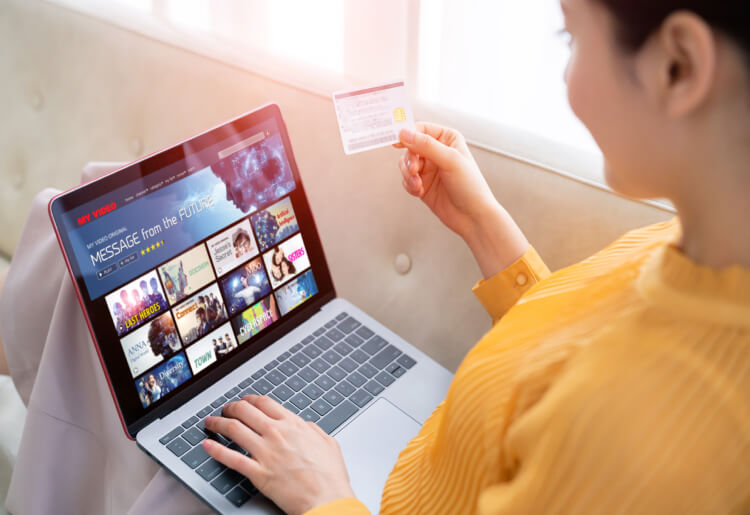