Looking for a good new show to binge watch? Netflix has been behind some of the best prestige television offerings to be produced in recent years. 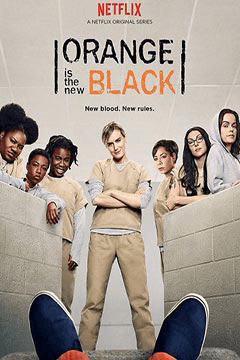 Orange is the New Black -Coming from Weeds creator Jenji Kohan, this comedy-drama follows the lives of a group of characters at a woman's prison
Visit Site
2 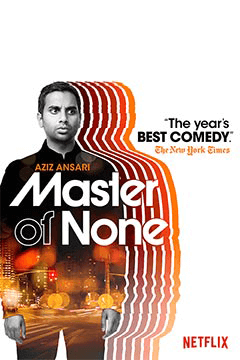 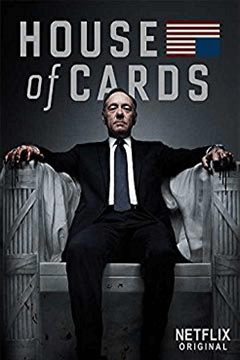 House of Cards -This political thriller starring Robin Wright was the first original series commissioned by Netflix, in 2013
Visit Site
4 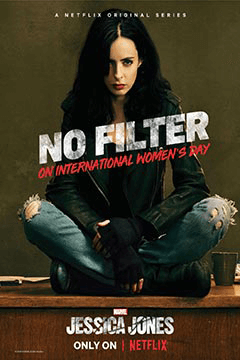 Jessica Jones -In this drama series based on a Marvel Comics character, a former superhero opens her own detective agency in New York City
Visit Site
6 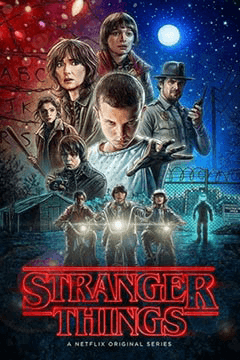 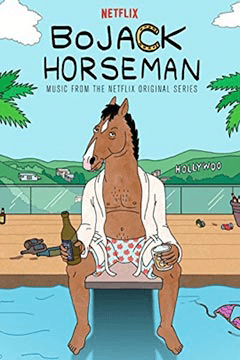 BoJack Horseman -In this animated comedy, Will Arnet voices the titular character, a washed up actor who was the star of a popular 90s sitcom
Visit Site
8 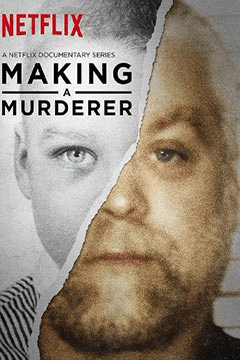 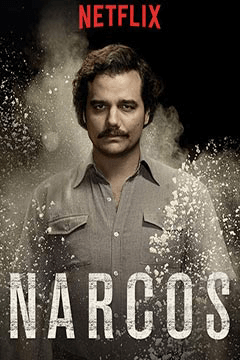 Daredevil -An adaptation of the Marvel comic book that follows the exploits of a blind lawyer who doubles as a superhero with enhanced senses
Visit Site
Oops, something went wrong.
Looks like this page needs a second chance.Please try again later.
Netflix Original Series
We find the 10 best options, so you can make informed decisions on tons of products and services.

Which Netflix Shows Are Worth Spending Your Valuable Time On?

Looking for something to binge watch that’s worthy of your time? Here is a zoom in on the consensus best Netflix shows ever.

Netflix first started creating its own original television shows in 2013, changing the industry with its binge-watching-friendly release strategy. Rather than make viewers wait a week for each new episode of their favorite programs to come out, Netflix began releasing the entire season at once, allowing viewers to watch episodes at their own pace.

The company now produces hundreds of shows a year, including comedies, dramas, stand up specials and documentaries. Netflix has enlisted A-list showrunners and actors to work on its stable of shows, making for some highly acclaimed viewing. However, not every show Netflix release is as equally well-received. Viewers are inundated with so many new series, that they might not know which of these shows is worth spending their valuable time on. We only have so much prestige television leisure time to spare.

With this in mind, we looked back at some of the best original series that Netflix has ever created in the hopes of saving you from wasting valuable time on subpar television.

Orange is the New Black

Based on Piper Kerman's memoir Orange is the New Black: My Year in a Women's Prison, this early Netflix series has been on for 6 seasons, with at least 1 more slated for release. The comedy was created by Jenji Kohan, who previously gained acclaim for her Showtime series Weeds. Like Weeds, Orange is the New Black is about a woman on the wrong side of the law. The series follows Piper Chapman (Taylor Schilling), an upper-middle class woman who is put in prison for a 10-year-old drug charge she got while smuggling a suitcase for an old girlfriend. The series mixes comedy with drama as Chapman's life is turned upside down and she meets a new cast of characters in prison, each with their own backstory about how they ended up in jail. The series has won multiple awards, although it should be noted that its early seasons were much more highly acclaimed than its more recent offerings.

Aziz Ansari first came on the scene as a standup comic in New York in the early 2000s before he was cast as Tom Haverford in the hit NBC comedy Parks and Recreation. Ansari launched Master of None on Netflix in 2015 along with partner Alan Yang to critical acclaim. Ansari and Yang won a writing Emmy for the comedy series, which continued with an equally successful second season. Ansari writes and directs many of the series’ episodes as well as playing the lead character, 30-year-old actor Dev Shah. The show follows Dev as he traverses the dating scene and tries to advance professionally as a minority in New York City. The humor in Master of None is subtle and the show focuses on giving viewers a pleasing aesthetic experience as much as it does on getting laughs. Above all, Master of None is easy to watch, making it a perfect fit for Netflix binging.

The first original Netflix show to come out in 2013 was the political thriller House of Cards, starring Kevin Spacey and Robin Wright. The show has been nominated for more than 30 Emmy awards, and both Spacey and Wright have won Golden Globe awards for their portrayal of Washington power couple Frank and Claire Underwood. Five seasons of House of Cards were released before Spacey was fired from the show in October 2017 amid sexual misconduct allegations. The sixth season was released in 2023. The series paints a stark picture of the win-at-all-costs ruthlessness of politicians, but you may find yourself rooting for the Underwoods, no matter how morally reprehensible their actions may be. As is the case with Orange is the New Black, the more recent seasons of House of Cards have been far less critically acclaimed than the show’s early seasons.

From the mind of Tina Fey and her writing partner Robert Carlock, The Unbreakable Kimmy Schmidt is a screwball comedy about a woman from Indiana who was locked in a basement for 15 years by a cult leader before being rescued at the age of 29 and moving to New York City. Played by Ellie Kemper, Schmidt must try to make her way in a modern world that she knows nothing about, while trying to hide her past in an attempt to appear normal. The fourth season of the show was set to be released in January 2019. It has been nominated for several Emmy awards, including two nominations for Outstanding Comedy Series. Kemper is joined by a talented ensemble cast, including Carol Kane, who plays her landlady, and 30 Rock alum Jane Krakowski, who plays Schmidt’s boss.

Based on a Marvel Comics' character, Jessica Jones is the story of a former superhero who opens up her own detective agency in New York City. The show is known for its noir feel, with the entire series shot on location in New York. Krysten Ritter, previously know for the role of Jane in prestige television hall of fame show Breaking Bad, has won rave reviews and multiple award nominations for her depiction of Jones. The show is darker than you might expect for a series based on a comic character, and showrunner Melissa Rosenberg has not shied from tackling subjects such as PTSD, assault and rape. The show's first 13 episode season was released in 2015 and the second season is set to be released in 2023.

One of the biggest surprise successes that Netflix has known, Stranger Things is a supernaturally-tinged adventure story set in the 1980s that pays homage to the horror and science fiction films of that decade. Following its first season, Stranger Things was nominated for several Emmys, including Outstanding Drama Series. A second season of the show was released in 2017, and at least one more season has been picked up. The story follows the search for a 12-year-old boy who has disappeared under supernatural circumstances in the fictional town of Hawkins, Indiana. We don’t want to give too much of the plot away, but this show will keep you on the edge of your seat, and the child actors, as well as Winona Ryder, are a joy to watch.

Will Arnett is the voice of Bojack Horseman in this animated comedy series that follows a washed up Hollywood actor who was once the star of a popular 1990s sitcom. The series pokes fun at self-centered Hollywood stars and will have you feeling sorry for BoJack and the rest of the cast as they deal with depression, substance abuse and self-destructive behaviour. Arnet is joined in the series by Amy Sedaris, Alison Brie, Aarin Paul and Paul F. Tompkins. Five seasons of Bojack Horseman have been released thus far, with a sixth season slated for 2019.

A documentary series filmed over a period of 10 years, Making a Murderer follows the saga of Steven Avery, a Wisconsin man who was exonerated of rape charges in 2003 by DNA evidence after having wrongfully served 18 years in prison, only to be rearrested in 2005 for allegedly murdering Teresa Halbach, a local photographer. The series covers Avery's trial, as well as the trial of his nephew Brendan Dassey. The first season of Making a Murderer was an enthralling mystery story, and the second season was released in 2023.

A crime drama based on real events, Narcos follows US law enforcement's efforts to stop drug trafficking from Colombia beginning in the 1980s. Famed drug lord Pablo Escobar, played by Wagner Moura, is the focus of the first 2 seasons of the show, with a third season focusing on the Cali cartel. s spin-off set in Mexico was released in 2023. The series is shot on location in Colombia and will interest fans of the crime genre, although it lacks the depth and strong characters of some of Netflix more critically acclaimed series.

Charlie Cox plays Daredevil, a blind lawyer who fights crime by night thanks to superhuman senses, in this adaptation of the popular Marvel Comics series. Netflix has released three seasons of Daredevil. Vincent D'Onofrio has won rave reviews as villain Wilson Fisk in a superhero series which transcends the genre by focusing on character development. The show provides the action that comic book fans will seek as well, having been nominated for Emmy awards for its special effects and stunt coordination.

Looking at some of Netflix standout series reminds us of an important : don't write off a Netflix show just because you think it's in a genre that you don't normally enjoy.

Viewers have been surprised time and again by the entertainment value of certain shows, even if they are in a genre that they never usually watch. For example, Making a Murderer is a documentary that hardcore fiction fans will love; Stranger Things is a supernatural horror series that appeals to a large audience, not just teenagers; Bojack Horseman is an animated show that employs more sophisticated comedy than most flesh and blood series; and Jessica Jones is a superhero yarn that will appeal to drama lovers who are haters of the blockbuster comic book genre films that dominate theaters.

If a lot of people say a Netflix show is good, give it a chance—even if you're skeptical at first. It’s worth watching at least the pilot episode to see if you want to continue.