Whether you need video conferencing for business, or want to keep in touch with loved ones, the best video calling apps keep your communication flowing. 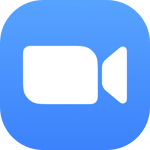 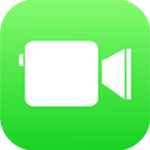 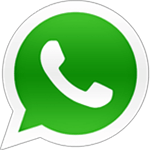 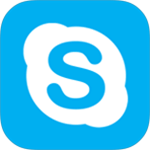 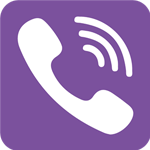 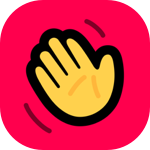 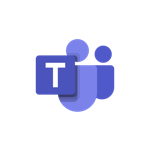 Facebook Messenger -Direct video calls via the world's most popular social media platform
Visit Site
Oops, something went wrong.
Looks like this page needs a second chance.Please try again later.
Video Chat Software
We find the 10 best options, so you can make informed decisions on tons of products and services.

We look at the features that set the leading video chat apps apart and break down the areas in which each one excels.

Video calls were the stuff of science fiction novels for decades, but now they are an everyday reality. Businesses, freelancers, and remote workers use video calls and video conferences on a regular basis, while grandparents and grandkids, boyfriends and girlfriends, parents and children use them to keep up their relationship. Today’s platforms offer a variety of options, from subscription-based software to wildly popular free video chat apps that are gaining users by the millions. With video calls and video conferencing facilities so easily available, all you need to do is to choose a service and get going.

What to Look for When Choosing Video Chat Software

You want to be sure that you can hear and see the other person clearly without annoying pauses or fuzziness. Because most video chat software works over the internet, your sound and image quality will be affected by the strength of internet coverage in your area. Some video chat programs have better coverage on particular networks or in particular areas, so you might need to try out one or two before hitting on the best call quality.

You also don’t want to keep having to redial because your calls get dropped. It’s annoying in a personal conversation. If you’ve organized an important video conference then losing the connection repeatedly moves to a new level of frustration.

Although the best video chat apps suit most mobile operating systems and wide compatibility with computing OS, it’s still best to make sure that the software suits your device. If you want to use the same set of contacts on both your desktop and your mobile, or move your business calls smoothly from mobile to tablet to desktop, you’ll want to choose a service that can work easily on all your devices.

For businesses that need to run meetings between multiple premises, video conferencing is often cheaper and easier than meeting physically. Frequently it’s not even possible to meet in person, such as when coordinating with employees based overseas. Families and friends also often want to chat together as a group over video chat rather than just one on one. For those situations you’ll want video chat software with video conferencing capabilities.

Finally, your security during video calls is extremely important. Look for video chat software that encrypts conversations so that snoopers can’t listen in, and that have a strong reputation for respecting data privacy.

Today’s go-to for all things video conferencing, Zoom is a reliable and simple-to-use platform that’s being used for everything from work meetings to webinars, yoga classes, and digital family gatherings.

Facetime is the Apple video chat service which is like almost all Apple services in that it’s only available for iPhone, iPad, and iOS operating systems.

WhatsApp is most famous for instant messaging, but there are video chat capabilities as well.

Along with Zoom, Skype is the best-known video chat service around. Skype provides plenty of communication features as well as straightforward video chats.

A non-live video messaging app, Marco Polo allows users to record and send face-to-face video messages to each other with fun filters and effects.

Viber is the closest competitor to Skype and is very popular with plenty of bonus features.

House Party lets you instantly join live video chats with friends where you can play live games, take quizzes, and conference with those you love.

Microsoft users can use Microsoft Teams to communicate and collaborate through video meetings, chat, tags, and pins.

For Google users, Google Hangouts is a very convenient and easy to use video chat service.

Although Facebook is extremely famous as a social media platform, Facebook Messenger isn’t quite as well known for its video chat features.

Find a Way to Keep in Touch That Suits You

Whether you’re using video chat software for work or for fun or to keep in touch with relatives far away, there are plenty of top level video chat options to keep you connected.