Whether you're planning a 6-month long Eurotrip, or are going abroad for business, the right translation app is your trick to staying 1 step ahead. 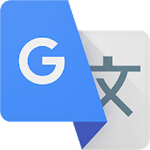 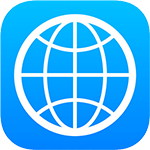 iTranslate Translator -Chosen by Apple as the App Store’s Editor’s Choice and with over 50 million downloads, this app is reliable and works offline
Visit Site
3 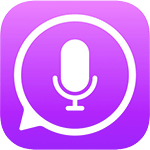 iTranslate Voice -Known as a top app for real-time speech-to-text, it translates phrases and whole sentences in 40 different languages and dialects
Visit Site
4 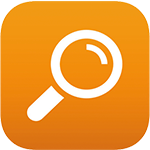 Waygo -Acquired by Google, it's famous for its visual translation tool that lets you point at texts and get automatic translations
Visit Site
5 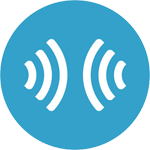 SayHi -This app combines language with dialect, and is known to be even more reliable than the most well-known translation apps
Visit Site
6 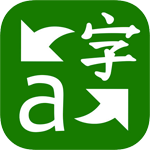 Microsoft Translator -Not as comprehensive as others, this Microsoft -backed app is known for features like real-time conversation mode and phrasebook
Visit Site
7 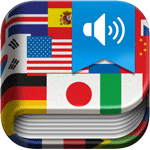 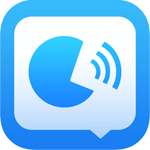 iVoice Translator -This easy-to-use app has a clean and simple interface that displays translated conversations for you to read.
Visit Site
9 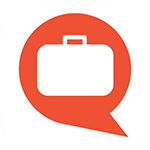 TripLingo -Fit in with the locals by learning slang words and phrases from a database of over 26,000 in 13 different languages
Visit Site
10 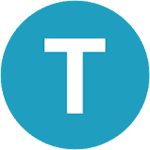 Voice Translator By AxismobInc. -Focused on facilitating conversations, you can record them, translate them, and even save or send them to people
Visit Site
Oops, something went wrong.
Looks like this page needs a second chance.Please try again later.
Translation Apps
We find the 10 best options, so you can make informed decisions on tons of products and services.

Why a Good Translation App is Essential for Any Traveler

Translation apps are extremely popular and come in handy often, especially when traveling. How should you decide which one to use, and what features are offered?

As amazing as traveling the world and exposing yourself to other cultures is, there is always a barrier – language.Whether you are traveling to lock down a critical deal for your firm, or are planning a 6-month Eurotrip with friends, you’re probably preparing by learning some of the language.

Instead of spending hours learning the feminine vs. masculine and past vs. present tense of another language, consider translation apps. They make translating on-the-go simple, fast, and easy. We outline some of the top use cases for these mobile apps and how they can help bridge communication gaps when abroad.

Get to Where You Need to Go

One of the biggest worries for many when traveling abroad is transportation – how to get from the airport to the hotel, the hotel to the city, and to and from attractions. Many don’t realize that translation apps can be extremely useful with getting around.

One of the most popular apps, Google Translate, is fantastic with translations, but can also be specifically helpful when commuting. Say you’re running through the underground subway and need to know which way to go, you can use Google Translate to decipher signs. Just point your phone at the sign or text, and you’ll get the English translation right on your screen. This feature is available in 6 languages, and Google is expected to release even more in the near future.

Google’s text translation is considered one of the most comprehensive, being able to translate 80 different languages. Another top translation app for transportation is, iTranslate Translator. Its translation is extremely dependable, but even more is that its paid version works offline. This is especially useful for the subway, where you often don’t have internet connection. You can type or talk to the app and it will automatically convert what you said into any of the 90 languages available. And if that it’s enough to woo you, the app has over 50 million downloads and has been chosen as the App Store’s Editor’s Choice.

If you’re traveling for business, you will likely face added stress when trying to get around abroad. Not only will you need to find your way to meetings, but you will need to ensure successful meetings. This comes down to excellent communication skills, such as properly conveying your message and goals. Your smartphone can be your secret weapon to breaking the language barrier in meetings.

The key to a good translation app that will be used in business meetings, is ease and speed. Try the Microsoft Translator app to avoid words getting lost in translation.

The app is free for both iPhone and Android. Though it’s not as comprehensive and feature-packed as other apps, it’s extremely reliable. Its praiseworthy feature is its real-time conversation mode. This is ideal for a meeting when both parties lack the language. Just hold up your phone when you’re having a conversation, and the app translates both people's sentences immediately. The app also includes a handy phrasebook that lists commonly used phrases.

Other noteworthy translation apps for any business setting include iVoice Translator and Voice Translator. iVoice Translator is very much like the Microsoft Translator app, except its interface is more user friendly. After translating the conversation, it displays it on the screen for you to see and read. It’s extremely simple to use, making communication with anyone easy. Another favorite is Voice Translator by AxismobInc. This app specifically focuses on conversations. You can record conversations, translate them, and share them with colleagues. You can even store the files away to have them for later. Many times a phrase will work in one language, while sounding completely off in another. With Voice Translator, you can translate a phrase into many languages, so it’s always right. And if you find you’re using certain words, phrases, or sentences in meetings often, you can store them in the app to refer back to them whenever you need. Using a translation app that facilitates conversation can be the difference between a good meeting and one that goes awry.

Are you a foodie?

There’s nothing worse than placing an order at a restaurant and receiving a dish you’re unhappy with. But imagine traveling abroad and finding out that what you thought was chicken actually turned out to be snake, or some other animal you never expected to try. Even worse, say you have a peanut allergy and you need to know if a certain dish contains peanuts, but can’t converse with the waitress. Translation apps are here for you.

SayHi, which is known for its incredibly accurate speech recognition, can save the day. It combines language with dialect, making it more reliable than some of the most famous translation apps out there. Waygo can also help in restaurants. Google recently acquired the popular app for its visual translation tool that lets you point your smartphone and translate texts. Just point your phone at something, say a line in the menu, and you will automatically see its English translation on your screen. With this, you will always know what’s in dishes to avoid allergens.

No traveling experience is complete without taking on the town and seeing the nightlife. Whether finding that hole in the wall bar, or the fancy hotel cocktail bar, exploration is key to learning the culture and getting a feel for the place.

Get recommendations from the people that live there. Using iTranslate Voice can help, as it’s the best app for real-time speech to text translations. No matter if you’re walking down a quaint alley or exploring the market, you can pop out your phone, ask your question, and it will play over to the local in their language. All the local has to do is speak into the phone, and their response will play out loud in English, or the desired language. The app translates 40 different languages and dialects.

We also like iHandy Translator and TripLingo. iHandy Translator is ideal for finding local attractions and culture spots, as it has commonly used phrases in that country. Another cool feature is that it’s integrated with popular social channels like Facebook and Twitter. TripLingo

will teach you the essential phrases and slang you need to fit in. It offers 26,000 phrases in 13 languages. You can even be connected to a live translator through a chat, to get your phrases and pronunciations right. More useful features include an offline dictionary, audio lessons, and a tip calculator.

Seeing sites is part of the fun of traveling, but fitting in and feeling like a local is another. Whether your travels are for business or pleasure, use a translation app for an uber-successful trip.