Connecting with others has changed drastically over the past decade thanks to a variety of influential apps for communicating and sharing media. 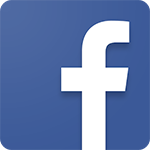 Facebook -Find friends, promote a business or connect with people you know, while enjoying a steady stream of important updates on your feed
Visit Site
2 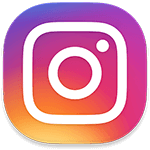 Instagram -Style your pictures with filters before sharing them directly from your phone, and see photos from friends and influencers
Visit Site
3 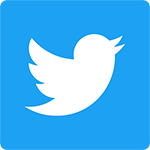 Twitter -Get breaking news, live commentary and thoughts from friends, politicians and celebrities in 280 characters or less
Visit Site
4 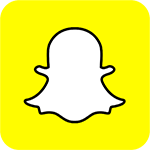 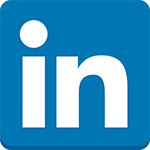 LinkedIn -Geared toward professionals and businesses, this platform is the place for networking, posting a resume, or recruiting employees
Visit Site
6 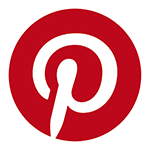 Pinterest -Find pinboards with recipes, home styling ideas, fashion tips, and more by searching or just by pointing your camera at an object
Visit Site
7 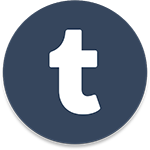 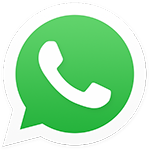 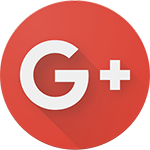 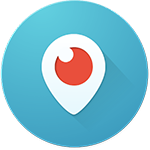 Periscope -Livestream video from your phone and explore the world through streams posted by others. Get feedback with hearts and comments
Visit Site
Oops, something went wrong.
Looks like this page needs a second chance.Please try again later.
Social Media Apps
We find the 10 best options, so you can make informed decisions on tons of products and services.

How to Choose the Right Social Media App for You

Technology and social media have taken us to new heights, and the power of social media is unlimited. We use social media to communicate with friends, colleagues, and to entertain ourselves – not to mention it’s potential as a powerful marketing tool. When Facebook was founded in 2004, it was just college kids who were invited into this exclusive club. Fast forward a decade or so, and there are over a billion members worldwide. Facebook isn’t the only social media network out there, and with the increasing use of smartphones, Facebook and it’s competing social media companies have created plenty of convenient apps, so you can be connected to your social network, no matter where you are.

So how do you go about choosing which app to download to your smartphone? Here, we give you the ins and outs of each app and how to choose the right one for you.

Get in Touch with People

One of the greatest aspects of social media apps, is the ease and convenience at which you can keep in touch with long-lost family, and friends. Best of all, you can search for friends you haven’t seen since elementary school and find out what they’ve been up. There’s no other app that beats Facebook in this respect. With over a billion users you can be sure that most people have a profile open, and that also goes for an older generation who have also caught on with the trend. Facebook rolled out its own app, Facebook Mobile in 2013 so you’ll never need to wait too long to receive a message while out and about. Facebook has a separate app for Messaging which is designed to give the user an overall improved experience. In addition to messaging, you can also send money, create live video streams, place phone calls over the internet, and send stickers and animated GIFs with ease.

If you appreciate your privacy and don’t fancy opening a Facebook profile, but still want to keep in touch with your friends and family, download the WhatsApp . Seeing its infinite potential, this app was recently bought by Facebook for a mind-boggling $19 billion. This popular app has over 900 million users worldwide so you can keep in touch with anyone who has an internet connection. The ease of the app means you don’t need to waste data from your cellular carrier. You also won’t need to upload all your contacts again as the app automatically lists all your contacts who also have the app. In addition to messaging, you can use the app for video and audio calls, giving Skype and FaceTime a run for their money.

If you’re looking to show off your artistic and creative skills, Instagram is the social media app for you. With over 800 million users, this app has taken social by storm. It’s super easy to use; just snap a photo and upload it using cool artsy filters that can help make your photos look flawless. Start following friends to see their photos on your news feed, and either comment or hit ‘love’. The app is definitely more visually focused than Facebook, but it’s still all about the community. The app was acquired by Facebook in 2012 for $1 billion and has gone from strength to strength, especially with a younger demographic. The app recently rolled out Instagram Stories, to keep up with the ‘Snapchat’ generation. Snap a photo, or video and the app will allow to appear on the storyboard for 24 hours, after which it disappears. You can add drawings, icons, emojis, and music to your story to keep your followers up to date with your everyday life.

If you’re firmly in the artistic realm or just love browsing through images upon images of eye-candy, Pinterest might be the social media app for you. Often described as a ‘visual bookmarking tool’ this app helps you find and save ideas which you can then pin to boards- your followers and other users can then go ahead and follow your collections. Pinterest is designed for inspiration, shopping, and home craft projects. The app is overwhelmingly downloaded by women, with a remarkable 100 million monthly users. Pinterest is increasingly being used as a marketing tool by companies as a way to sell their products and as a result, the app makes mobile shopping super simple and convenient.

If you’re of the younger generation you might already be aware of Tumblr, which has been described as a crossbreed between a blog and Twitter, as it’s both a blogging platform and a social network. Whereas typical blogging tends to usually be quite ‘wordy,’ Tumblr encourages visual short blog posts which can be made up of anything from video clips to animated GIF’s. Create scrapbook-like posts of photos, meme’s, audio or video clips and then get eyeballs on your content. Tumblr is great if you’re looking to self-promote. Some blogs can go viral within a couple of hours and spread across other social media platforms. Tumblr definitely attracts a younger demographic so if most of your social network are over 40 this might not be the social media app for you.

In recent years social media apps have crossed over from purely social to career minded. If you’re looking to get ahead professionally, think about downloading Linkedin. Founded in 2002, this app is the perfect place to promote your resume, and is the go-to network for finding and reaching out to professionals in your field. You can search for plenty of job openings advertised on your network and nowadays all you need to do is apply via a Linkedin application form, without even needing to send a cover letter. Linkedin also allows you to join professional groups, use platforms, post and update business references.

Although not designed as a career-minded social network, Twitter is another way to promote yourself in your chosen field. Allowing a total of 280 characters to a Tweet (just up from 140!), Twitter is the place for bite-sized and real-time news and remarks. Using hashtags and by tagging other users you can reach high-level individuals you never imagined possible, including celebrities, and professional mentors. Twitter is super easy to access from your mobile and can easily integrate whatever you’re looking to tweet, including articles, photos, videos, gifs and more. If you have a lot to say and are looking to make an impact Twitter could help your career professionally. The social media app Google Plus could also be beneficial for your professional career. Although not an immediate success, this app has since progressed into a way to connect with specific circles of certain types of people, so it's easy to only look through what you're interested in. It also syncs beautifully with other Google features like Hangouts and video/group chats.

Okay, so not everything has to have any purpose, and kids nowadays know it, with Snapchat taking generation Z by storm. This social media app was founded in 2011 and has since become one of the most popular social media channels. Users share short clips or photos with friends that disappear after a 24 hour period. If you have an embarrassing photo posted, you don’t need to worry as it will get deleted either after viewing or an extended period of time. What’s fun about app is that you can play around with different filters, goofy stickers, funky lenses, and attractive geofilters. Snapchat is definitely for a younger demographic and if you’re above 45 you might not find too many people to follow you.

If you love the idea of filming from your smartphone, Periscope offers users live video streams and broadcasts. Once you download the app you can start broadcasting your own live stream to your Periscope followers and since Twitter recently bought the company, you can access your Twitter followers as well. Your followers and other users can tune in and interact with your broadcast by leaving comments and virtual hearts. If you love the limelight or feel you have something important to show the world this app will work well for you.

With the rise of social media apps on the market, it’s easy to find the right app for you. And of course—you don’t need to stick with just the one. Depending on your specific need or desire, you can have a few social apps on the go at the same time, and make use of the different features as they seem fit. Whether you’re keeping in touch with your great aunt on Facebook or following your niece on Snapchat, social media apps are most definitely the future so it’s time you take advantage and get downloading!