You don't have to sit in a classroom to learn a new language thanks to a number of apps that help you learn a variety of tongues on the go. 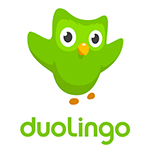 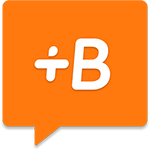 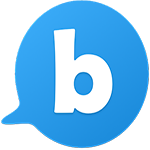 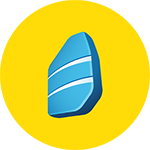 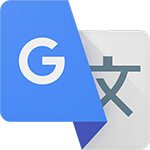 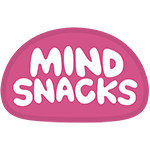 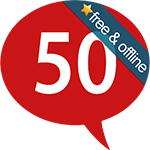 50 languages -Learning platform that offers over 50 languages for free, with both online and offline versions for Android and Apple devices.
Visit Site
9 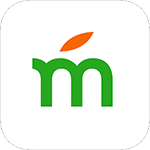 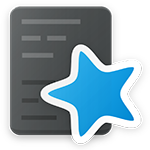 Anki -Anki, or "memorization" in Japanese, is a learning program that uses flashcards and repetition to help teach new languages.
Visit Site
Oops, something went wrong.
Looks like this page needs a second chance.Please try again later.
Language Learning Apps
We find the 10 best options, so you can make informed decisions on tons of products and services.

How to Pick the Most Effective Language Learning App

The world has officially become smaller. The affordability and ease of travel means that you can jump on a plane and in a few hours be greeted by a completely different culture and language. Countries and communities around the world are becoming ever closely connected through Skype, Facetime and perhaps most importantly, the ease of learning a new language. Okay, it’s not actually easy to learn a new language, but it’s become a lot easier than it used to be with the plethora of language apps on the market.

Nethertheless, learning a new language is not a science, and different methods will appeal to different types of people. For some, formal learning with quizzes and scores is preferable, while others go for visual aids and games. You might even want to engage with native speakers in real time. Here’s how to pick the most effective language app on the market.

If you know that learning a language through memorization works best for you, there are some ideal apps on the market. AnkiApp (Japanese for "memorizing’) works through a series of flashcards using a specific method of learning named ‘Spaced Repetition System.’ The app shows you an image, sound, or phrase and gives you time to repeat it, process it, and then commit it to memory. Through some sophisticated artificial intelligence, the app chooses which flashcards you need to work on, based on a detailed analysis of your progress - sort of like a personal coach.

The memory-based learning app Memrise, can help you learn a brand new language using a variety of memorization tests and learning aids. The app uses engaging memory tests to train you in everything from vocabulary retention, listening skills and more.

If you want to jump into the deep end and seriously commit to learning a language,

Rosetta Stone is a good place to start. The app has a lot going for it, including a clean user-interface, a nice range of different learning methods, including fun games and challenges, and it provides easy access to a native language tutor if needed. If you especially like learning through visual cues, like photos for instance, the app works with images to teach you a new word or phrase. Rosetta Stone doesn’t come cheap with its $200 per yearly subscription, but provides extensive software and takes advantage of your mobile phone (on iOS & Android) through speech recognition technology to critique your pronunciation.

If grammar and quiz scores don’t tempt your fancy, there are apps that can give you access to engage with the international community and practice the language with a native speaker in real-time. Busuu allows students to learn a new language through writing exercises and audio recordings, and describes itself as a “social network for learning languages.” With over 40 million users, you can get helpful feedback from people who speak your chosen language. Although free to sign up, you’ll only really be able to get full access from the premium version from €5.41/month.

If you want to delve into the world of learning a new language, whether it be for a re-location, a vacation or a new relationship, there are many apps that could work for you. If however, you’re not ready to commit and pay a fee, the popular app Duolingo (free on iOS & Android) is a good place to start. Initially you could only join with an invite, but now the service is completely free and opened its doors to the wonderful world of language study. Duolingo’s method of teaching a language is fun, functional, and easy to follow. The system is to translate websites in the language you're learning, but by a process that includes speaking, listening, translation, and multiple-choice challenges. The app is most popular with European languages, like French, Spanish, Italian and German.

Another free option is Babbel, (free on iOS & Android) developed by a team of language experts, that can help improve a user's vocabulary, grammar skills and pronunciation. What’s especially unique about Babbel is its interactive way of helping you learn, as you visit various locations, the app unlocks new words for you to learn. In addition, you can take part in various exercises to keep your language skills sharp. Although completely free to sign up, if you want to access to the full language courses there is a subscription fee.

Although more of a translation tool than a language app, Google Translate (free on iOS & Android) can also be an effective way to learn a new language. Most simple phrases are translated accurately and if you want to hear how they sound you can just listen to them with a push of a button. The app has some very useful perks, like being able to snap a photo of a foreign language and have it immediately translated. It’s a good option if you’re already travelling or living abroad.

Apps For Kids (and adults)

It’s a well-known fact that kids can learn a new language far quicker than adults, but teaching children a new language will have to be far more entertaining, and engaging to hold their interest. The app MindSnacks, is a super-fun way to do just that – and it's not just for kids. The app works through speed games, testing you on 3 free levels. if you want to continue onwards, you can pay $4.99 for 47 additional levels. It uses games as learning techniques to teach vocabulary, grammar and more.

The world is an enormous place and sometimes you don’t want to be limited to narrow languages on offer. 50 Languages, as you might have guessed, offers over 50 language courses which you can access in over 100 lessons. The app gives you a choice of different ways you might want to learn, including crossword puzzles, vocab cards, audio and more. The basic app is free but after 30 lessons you’ll need to pay, $1.00 – $9.99 per item.

Mango Languages also offers more than just your 8 basic languages, with over 70 languages on offer, from Spanish and French to Azerbaijani, you can pretty much learn anything using this site. It features an interactive system with memory-building and critical thinking exercises that shows users how to put new words into practical use. You can access a ‘Voice Compare’ option to test your pronunciation against a narrator's using your computer microphone and recording feature.

Learning a new language doesn’t need to be a difficult, in fact with the right app, it can actually be fun and best of all, in addition to opening yourself up to a new culture, learning a new language can have some incredible cognitive benefits for your brain. It’s actually one of the most effective and practical ways to increase intelligence, keep your mind sharp, and protect your brain against aging. So voila!