The top iPhone games cover the entire range from adventure to puzzles. Entertain yourself on a long commute, or just unwind for a few minutes. 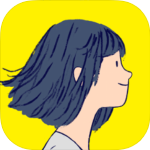 Florence -This evocative, visually stunning journey will tug at your heartstrings
Visit Site
2 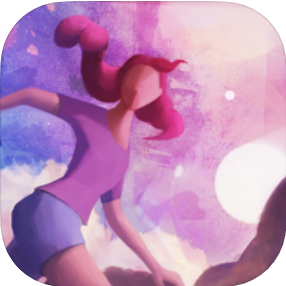 Apollo: A Dream Odyssey -Embark on a philosophical journey through distant worlds and landscapes
Visit Site
3 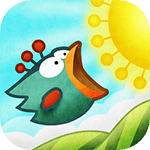 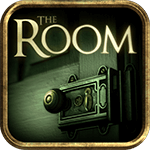 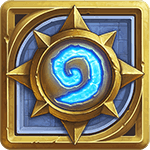 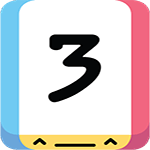 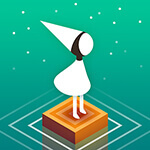 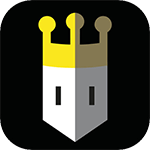 Reigns -A card-based game with witty dialogue, top graphics, and catchy soundtrack
Visit Site
Oops, something went wrong.
Looks like this page needs a second chance.Please try again later.
iPhone Games
We find the 10 best options, so you can make informed decisions on tons of products and services.

A Deep Dive into the Best iPhone Games Around

Get the most out of your phone with the right iOS game for every mood and situation.

It’s amazing all the useful things that you can do with your smartphone. You can keep your life organized, stay on top of work emails, even run an entire business from your phone.

But, your phone is also a great source of fun. When you’re lying on your couch, waiting for the doctor, or standing in line for what seems like forever, iPhone games can save you from boredom. Since the Apple store offers several million games, it’s hard to know which ones are worth downloading and which are a waste of time. Here are our recommendations for the best iOS games to keep you entertained.

The Best iOS Games by Type

It's impossible to recommend one ‘best iPhone game' for everybody because we all have different preferences. Knowing which type of game you enjoy playing the most will help guide you to choose the games that suit you. You probably have a few different types of games you enjoy, depending on your mood and how much time you have available. After all, you need to be in a very different state of mind to play an intricate, detailed, thought-provoking game like Florence or Apollo: A Dream Odyssey than you would to play Tiny Wings.

Florence and Apollo: A Dream Odyssey can both be categorized as narrative games, with a reflective, ephemeral feel to them that requires a certain mood. The Room, meanwhile, while not as atmospheric, requires a certain amount of focus and concentration to conquer it’s challenging puzzles.

In contrast, Tiny Wings is the kind of game you’d choose when you want something that needs less brain power and is simply fun. What could be simpler than keeping a small bird flying across your screen? There are also collectible card games like Hearthstone which are both fun and light-hearted while also requiring decent depth of strategy if you want to invest more concentration. Whatever mood you’re in or type of game you prefer, there’s a great game waiting for you.

Not surprisingly, some of us choose our favorite games simply based on how much they cost. Looking for a free game doesn’t stop you from taking your pick from some of the best games on iPhone overall. Hearthstone has been popular ever since the launch of the first game, and it is still free to play, although there are also in-app purchases if you want to take the game seriously. Ravenhill: A Hidden Mystery is one of the best free iPhone games out there, and though it has in-app purchases for advanced play, users will be able to find plenty to enjoy without paying a dime.

Tiny Wings and The Room are not free, but at $0.99 each, they are very close to it. Then there are plenty of games with prices that hover around the small change mark. Threes, Reigns, Monument Valley, and Sidewords are all available from the Apple App Store for under $4 each. The under $4 price bracket probably has the greatest games to choose from.

iPhone Games with the Best Graphics

No matter what type of game you're playing, you want to be served crisp graphics that draw you into the game, but some of the games available stand out simply because of their stunning visuals. Monument Valley is one of those. The captivating, entrancing Escher-like architectural creations that slide around as you change perspective are what makes the game so popular. Tiny Wings also succeeds on the strength of its graphics, because it’s a simple game that charms you with its visuals.

Florence, meanwhile, has been celebrated for its captivating, lifelike graphics that champion mood over flashiness. Its stark, evocative depictions of real-life atmospheres are borderline poetic and perfect for collapsing the distance between you and the characters online.

Finally, there are games which really deserve to be played in a darkened room so that you can concentrate on the visual world that’s created for you. The Room falls into this category. It’s packed full of imagery and detailed, tactile graphics that demand full immersion.

Whether you’re in the mood for a sociable multi-player game or just want a single player game is going to make a difference to the game you choose. Some games, such as The Room, can only be played as a single solitary player, but others give you the option of including others. For example, Threes is a single-player game, but you'll find yourself sucked into competing with friends and strangers for the highest scores.

Hearthstone is a good example of a game that can be single-player or multiplayer. You can choose to play matches against friends and strangers or to challenge yourself by playing single player against the AI brain within. Unusually, Hearthstone is also a game that you can play against another player in person in the same room, each using your own phone.

The amount of time you have to play a game is one more element that will guide your choice of game. Simple games like Tiny Wings or Threes are ideal for playing when you’re waiting in line and don’t want to get drawn too deeply into a game that you’ll have to stop at any moment.

But, if you’re on a long commute and you know you have a full hour ahead of you, nothing could be better than immersing yourself in an intricate game such as The Room, a captivating game that demands your extended attention. Likewise for Ravenhill: Hidden Mystery, an episodic game with enough mysteries, enigmas, puzzles, and intriguing characters to keep you playing until your thumbs are sore.

Whether you prefer puzzles or adventure games, have a few minutes or a long commute ahead of you, and whatever the price you’re willing to pay, there is a huge range of iPhone games waiting for you to discover them. Try one or a few of the best games that we’ve recommended, or explore the millions of options waiting for you in the Apple store.