If your child loves to learn new things, make the most out of their iPad screen time with these top online educational games for kids.

Stack the States -A fun, Tetris-style geography game to learn about the US states
Visit Site
2 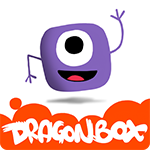 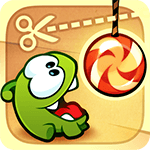 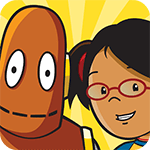 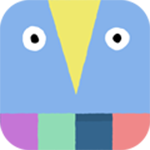 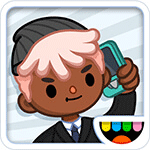 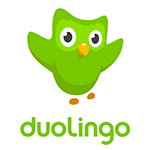 Duolingo -Animated, kid-centric version of the wildly popular language learning app
Visit Site
Oops, something went wrong.
Looks like this page needs a second chance.Please try again later.
iPad Apps for Kids
We find the 10 best options, so you can make informed decisions on tons of products and services.

The Best Learning Apps for Kids of 2023

The majority of children enjoy spending time on their phones, tablets, and in front of bright screens. And while there’s no doubt that screens have influenced the way we behave, they aren’t always a bad thing, and can even lead to positive results.

Want to ensure your child is benefiting from their screen time? All that’s required to turn your kid’s screen time into something beneficial is a little research and parental monitoring. Read on to learn about the apps that can keep your child entertained and educated at the same time.

The Best Educational Apps for Kids

Let’s face it--as much as we wish our kids would pore happily over multiplication tables, sometimes it takes monsters or fantasy worlds to hold their attention. Luckily, educational companies understand this, and are creating immersive, attention-grabbing games that sneak learning in between the action.

One such game is Stack the States, which is like Tetris but with a geography theme. During the game, kids learn about the shapes of each US state by stacking them. The aim of the game is to collect all 50 states, but in the process you learn about state capitals, geographic locations, and flags. The game is a must have for kids who are elementary school aged.

DragonBox Apps, which was developed by former math teacher Jean-Baptiste Huynh, aims to empower kids by creating game-based learning apps. Its most popular ones are the DragonBox+ Algebra series, which teaches kids how to solve algebraic equations using gamification techniques while they rack up points and earn game badges.

There’s a good chance you’ve heard of Cut the Rope, which has gotten 960 million downloads worldwide. It’s a physics-based game, and the aim is to help the monster character, Om Nom, get the candy by strategically cutting the rope it’s attached to. Your child will enjoy thinking creatively, as well as the app’s design, which it won multiple awards for, including the Apple Design Award, and the BAFTA Award. The game design is colorful, fun, and exciting, and each level builds on the previous one.

The Best Learning Apps for Kids

Maybe your kids are past the age of monster-chasing, or maybe you want to intersperse some more straightforward lessons in between the game-based apps. While the following learning apps may not include scores and missions, they’re captivating, well-designed, and challenging enough to keep kids absorbed.

Khan Academy Kids is another well-respected learning platform that combines education and immersion. Developed by experts at Stanford and designed to meet the full Common Core curriculum, Khan Academy offers kids aged 2-7 early literacy lessons and animated videos designed to build educational and social skills. One of the best free educational apps for kids, Khan Academy touches on all of the critical components of a well-rounded education.

For the history-loving kids, there’s the BrainPOP Jr. Movie of the Week app. It offers animated learning on all subjects for kids, and has particularly great material in the history category. It delivers a different animated movie every week, as well as quizzes and other activities. The idea behind the animated movies is to cultivate critical thinking skills and encourage kids to ask questions.

Aside from the problem-solving puzzle apps and educational apps, there are apps that are incredible for flexing that creative half of your child’s brain. Two of our favorites are Loopimal and the Toca Boca Apps series.

LOOPIMAL offers a way for young kids to learn about making music through a colorful sequencer. Mixing sound effects with animation, LOOPIMAL imparts the joy and creative expression of music class from an easy to use platform.

For another option to get your kid thinking creatively and using their imagination, check out the Toca Boca Apps. Toca Boca is an award-winning firm that creates products for kids, and from a kid’s perspective. Some of its most popular apps include Toca Band, Toca Blocks, and Toca Hair Salon, all of which use real-life scenarios such as cooking and building to activate the imagination through day-to-day tasks.

The Best Learning Games for Kids

Duolingo Kids is from the same makers of the well-known language learning app that’s used by millions of people of all ages. It’s extremely popular, as it does a really good job of mixing learning with gameplay. It rewards you with coins for the time you put in, the number of questions you answer correctly, and the amount of levels you get through. Just choose your language – popular ones include French, Spanish, and Mandarin – and you’re set. The app is intuitive, engaging, and beautifully designed.

Having a child that’s obsessed with their phone, tablet, or other electronic devices is frustrating, and at times upsetting. So harness their screen time and ensure it benefits them by suggesting educational, clever, and fun apps that help cultivate fundamental learning skills and enrich the brain.