Whether you want to get pregnant, or avoid getting pregnant, fertility apps help you track your cycle, record symptoms, and more. 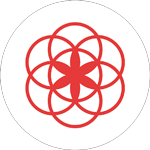 Clue -Track your menstrual cycle and record your mood, cramps, bleeding, and other physical symptoms on a blessedly pink-free interface
Visit Site
2 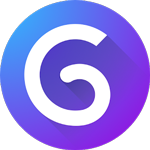 Glow -Sync your period tracker with health apps and share your cycle with your partner or doctor through a sleek, easy-to-use interface
Visit Site
3 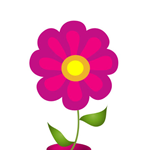 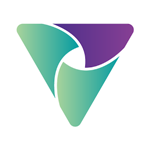 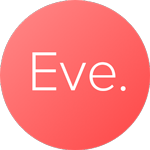 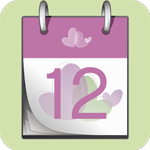 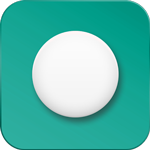 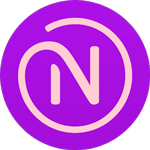 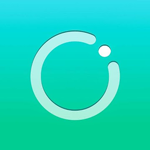 Ovia -Sync with FitBit and Withings Fitness apps to track even irregular periods and access full health data in one single location
Visit Site
Oops, something went wrong.
Looks like this page needs a second chance.Please try again later.
Fertility Apps
We find the 10 best options, so you can make informed decisions on tons of products and services.

What Can the Leading Fertility Apps Do for You?

Here are some questions to consider to help you narrow down your search for the best fertility app.

Women everywhere have been disappointed that most standard health and fitness apps don’t include any option to track your period. Fortunately, women’s health apps have caught up and there are now a number of fertility tracking apps which help you to know when your period is due, pinpoint your ‘fertile window,’ remember to take your birth control pill or swap out a ring, and much more. There are so many now, in fact, that it can be hard to choose the best fertility app for your lifestyle. So, here are some questions to consider to help you narrow down your search for the best fertility app.

Do You Want to Just Track Your Period?

The basic function of a fertility app is essentially to track your period so that you know what to expect and when. Let’s face it; no one likes to be taken by surprise, especially not by her own body. Period tracker apps help you track your menstrual dates so that you know when it’s safe to wear white, for example. You can usually check where you stand either on a calendar or in a graphic on the app itself. By tracking your period dates, you can get a better understanding of your own body and learn when to cut yourself a little slack for hormonal mood swings and stomach cramps.

Dot and myPill both predict your period dates up to 6 months ahead, so that you can plan vacations and adventures easily. Period Tracker (or P Tracker as it’s also known) shows your next 12 menstrual periods and most fertile days so that you can think ahead. Clue adds the feature of sending you a push notification 2 days before your period is due so that you can order in a weepy flick and check that you’ve got enough tampons in stock.

Do You Want Help Identifying Your Most Fertile Period?

Some women use a period tracker app just so that they know when to expect to begin bleeding or the best time to plan a vacation, but others rely on it as a fertility app to help them get pregnant or to avoid getting pregnant. Whether you’re trying for a baby or trying to avoid one, a fertility app can help you understand your menstrual cycle better and assist you in identifying your ‘fertile window,’ which is your most fertile time of the month.

Do You Want to Log Other Information About Your Health?

A period tracker and fertility app is great, but there’s no reason why you can’t get more out of the app by recording other relevant information about your health, as well. Some apps give you room to note down other connected health issues, like your sexual activity, cramps, and moods. Eve helps you identify your own body’s responses to different times in your cycle by letting you record your sleep and exercise levels as well as your mood and physical symptoms like cramps. Period Tracker goes one step further by inviting you to record bloating, acne, and cravings across your cycle and to rate each one as mild, moderate, or severe. It also lets you enter free form notes in case there’s something you want to remember that isn’t built in to the app interface. Kindara and Clue both also allow users to record bleeding levels, energy levels, moods, and pain.

Do You Want to Sync Your Fertility App With Other Health Apps?

Given that most health apps made the big mistake of leaving out women’s health entirely, it’s useful to be able to combine your separate fertility app with your regular health app. Ovia syncs easily with Fitbit and Withings Fitness apps so that you can combine all of your health information in one interface. Glow has possibly the most built-in integrations. It syncs with MyFitnessPal, Misfit, Fitbit, Apple Watch, and Jawbone, among other health and fitness apps. Both Ovia and Glow have apps for iOS and Android so whatever system you use, you can combine your information.

Do You Want to Share Your Fertility App Info With Your Partner?

Sometimes, you want to be able to get some live feedback about your menstrual cycle or sexual activity, or you just want to check if what you’re feeling is normal. Eve and Glow fertility apps both connect the users with a community forum of other app users so that you can chat about your symptoms, seek advice about changes, and find reassurance for your fertility situation.

Do You Need Reminders About Your Birth Control?

With so much to remember, it’s easy for regular birth control to slide out of notice. myPill is focused on reminding users to take their pill, swap out a ring, or replace a contraceptive patch on time. You can use it to set reminders for most forms of birth control and it automatically tracks how many more pills you have left in a pack so that you can get a hold of more when you need them. It even automatically pauses reminders during the 7 days that you aren’t taking your medication. Glow has a similar function among its many features that reminds you to take birth control and any other medication on time.

How Do You Feel About Pink?

The unfortunate truth is that most fertility trackers are mainly pink. Sometimes they are pink and aqua, and all too often there are suggestive flowers involved too. If you love hot pink you’ll be in heaven, but if you prefer your design to be a bit more minimal and not to scream ‘menstruation’ quite so loudly, you’ll have slightly less choice. One app that repeatedly gets praised for its subtle design is Clue, which doesn’t use euphemistic flowers or other suggestive icons and isn’t pink. It’s also got a clean and easy to use interface, which is also important in a fertility app. You want a layout that makes it easy to know at a glance where you are in relation to your next period and has a font that is easy to read and not too girly.

Do You Need an App for a Particular Operating System?

Fortunately, this isn’t likely to be a big concern because the vast majority of fertility apps are compatible with both iOS and Android systems. But, there are a few fertility apps, such as Period Tracker and Dot, which have only been designed for iOS and don’t offer an Android app.

Understand Your Cycle Better with a Fertility App

Whether you want to get pregnant, avoid getting pregnant, or just understand your body better, there’s an app to help you keep on top of your menstrual cycle. Finally, women’s health has also got an app for that.