Survey: Most Customers ‘Trust Their Gut’ When Making Shopping Decisions

Three major surprises emerged in a recent, in-depth Top10.com survey of customer shopping behavior by a sample of 1,010 Americans.

First, the survey turns the common theory of the “rational consumer” on its head. Colleges teach this theory as a basis for all business education. Many business owners go on to use this theory. However, some recent research in behavioral economics and cognitive neuroscience has called this assumption into question.

The Top10 survey supports the criticism of the “rational consumer” theory by showing that people don’t shop with their heads, they shop with their gut. Over two-thirds of people surveyed reported that they “trust their gut” often, very often, or always when making shopping decisions. So the large majority of people don’t fit the outdated theory that people shop rationally. No wonder half of all new businesses fail in the first 5 years, and most product launches flop: business leaders use the wrong framework to approach consumers.

Second, the Top10 survey shows the outdated nature of the widely prevalent assumption that word of mouth offers the best way of marketing and selling a product. In the past, recommendations from friends and family mattered much more than anything else, at 90% according to a 2012 HubSpot survey.

However, in the last 7 years, the shopping landscape has changed. The 2019 Top10 survey highlights how recommendations from friends matter much less, dropping to 70%, and information from online sources, such as user reviews, has grown more important, topping friend recommendations. Marketers and business leaders need to update their beliefs about what matters to shoppers to succeed in the new digital age.

Third, the Top10 survey breaks new ground on consumer price sensitivity. While we might assume that price is the most important decision factor by far, the survey shows that to be  wrong. In fact, only a quarter of respondents go for the cheapest option. Over half consider price as just one of many factors when making a decision.

Next, we’ll dive deeper into the survey findings on these 3 surprising results.

Consumers Go With Their Gut

Shoppers, by and large, trust their gut when making buying decisions. Less than one third—specifically 31% percent—rely on their intuition only sometimes, rarely, or not at all to make the right choice. By contrast, 69% rely on their gut often, very often, or always.

The large majority of shoppers choosing to rely on their intuition is unfortunate for the sake of making wise purchasing decisions. We know that we are all vulnerable to unconscious judgment errors that scholars in behavioral economics and cognitive neuroscience call cognitive biases, meaning, we make decisions based on personal feelings that may not be accurate. These are the mental blindspots that lead people away from being the rational shoppers of classical business theory, not focusing on their own best long-term interest when making shopping decisions.

Cognitive biases come mainly from relying on our gut reactions—our emotions and intuitions—to make decisions. It’s not only shopping: our emotions determine 80-90% of our thoughts, behaviors, and decisions in all life areas. In fact, people with brain damage impairing their abilities to process emotions have a great deal of difficulty making all sorts of decisions, large and small.

Now, emotions undoubtedly have a key role to play in shopping. After all, the majority of what we buy is not meant to satisfy basic, primary needs like clothing and shelter. Instead, it satisfies our wants and desires, and comes from our personal lifestyle and values, our tastes and preferences. Some people like chocolate ice cream, and some like vanilla; some people want to live in the big city, and some in the suburbs; some like Apple and some PC. As people say, there’s no arguing with taste, and our emotions determine our tastes.

There are some savvy consumers—the 1.29% who never simply go with their gut—who know that they can make much better decisions to satisfy their tastes and preferences by protecting themselves from intuitive reactions and instead relying on their heads. Scholars have developed many cutting-edge strategies to notice when you’re about to fall into mental blindspots and to protect yourself from such decision disasters, in shopping and other life areas. An easy-to-use 8-step decision-making model allows you to defend yourself from bad shopping decisions, and another technique provides a way to prevent failure and maximize success when making a major purchase. Using such strategies is critically important to being a wise decision maker in your online and in-person shopping.

What Sources Do Consumers Use to Make Shopping Decisions?

It’s a brave new digital world when supposedly savvy marketers and business publications writing in 2019 still consider word of mouth as the most effective and important marketing technique, while the Top10 survey clearly shows they’re wrong.

Why are they wrong? They’re relying on outdated information.

In 2012, Nielsen ran a survey showing that 92% of survey respondents trusted recommendations from friends and family. In Nielsen’s 2015 survey, only 83% trusted recommendations from family and friends, a substantial drop of about 10% over 3 years. Only 66% trusted consumer opinions posted online, which overwhelmingly come in the form of user reviews.

What explains this change, which apparently has not yet been internalized by many marketers? In part, people’s increasing familiarity and comfort with online information and online shopping as a whole.

Shoppers are increasingly shopping online, with 2016 marking the year when consumers made more of their purchases online, a trend that continues to date. When consumers make online purchases, they often don’t have the opportunity to consult friends and family. They naturally turn to online sources for information, such as online reviews by others and comparison sites.

Another factor explaining this dynamic comes from generational change. As more millenials grow into their full economic potential, trust in online sources of information only grows. The Top10 survey shows that younger people show more trust for online sources such as online reviews and comparison websites compared to older people. Other research from December 2018 shows that 80% of those between 18 and 34 wrote online reviews themselves, while only 41% of those over 55 did so. We’re all naturally more invested in the kind of activities we do ourselves.

Unfortunately, many shoppers fall into dangerous judgment errors by trusting user reviews online. Bogus reviews are widespread. It’s easy to buy fake good reviews, while a number of people leave false bad reviews for a variety of reasons. Shoppers tend to focus most on extreme reviews, even though those are least likely to be accurate.

It’s not surprising that research shows that objective ratings produced by high-quality online comparison sites have a low correlation to online user reviews. Due to cognitive biases such as the illusory truth effect—where we tend to believe something that’s repeated often enough regardless of whether it’s true—enough user reviews repeating the same thing, good or bad, often drive us to make bad shopping decisions.

Many businesses assume, based on advice by some online marketers, that price dominates consumer choices. The Top10 survey shows that’s just not the case.

Price is not nearly as important as it’s typically depicted. In fact, only a quarter of all consumers—just over 25% in the survey—are bargain hunters. Three quarters are willing to pay more if they are getting more for their money, and consider price as one of many factors.

The confusion in other surveys that trumpet price as the most important factor likely comes from the problematic way they phrase the question. After all, who wouldn’t consider price as an important factor? Many consumers may use price points as the first thing they look at when determining what purchase to make.

To delve more deeply into this question, the Top10 survey asked respondents to list all factors that matter to them when deciding which brand to purchase.

Framing the question this way resulted in price coming out on top as the factor most frequently listed as important.

So price indeed matters, just not nearly as much as typically depicted. The key is to ask how important price is—as the Top10 survey did when asking how much price means to consumers—not simply what factor is most important.

The 3 major surprises from the Top10 survey show that we need to update our beliefs about how we behave as consumers. We’re not rational, we’re less price sensitive than conventional thinking would hold, and we rely more on—inherently unreliable—online user reviews than recommendations from friends and family. It’s very likely that the trend of increasing reliance on online sources of information will continue, hopefully shifting to more reliable sources such as online review sites. Hopefully, we as consumers will also learn more about making wise decisions when we shop, and avoid the risky tendency of going with our gut.

Avoid dangerous decision disasters by getting the article author's new book, Never Go With Your Gut

ByGleb Tsipursky
Last updated: Jan. 24, 2023
Dr. Gleb Tsipursky is a scholar of behavioral economics and neuroscience and former professor at Ohio State University. Aside from writing for Top10.com, Gleb empowers business owners to avoid disasters as a consultant, coach, speaker, and CEO of Disaster Avoidance Experts. He's also the best-selling author of several books, and was featured in over 750 titles in CBS News, Time, Scientific American, Psychology Today, Inc. Magazine, and CNBC.
Must Reads 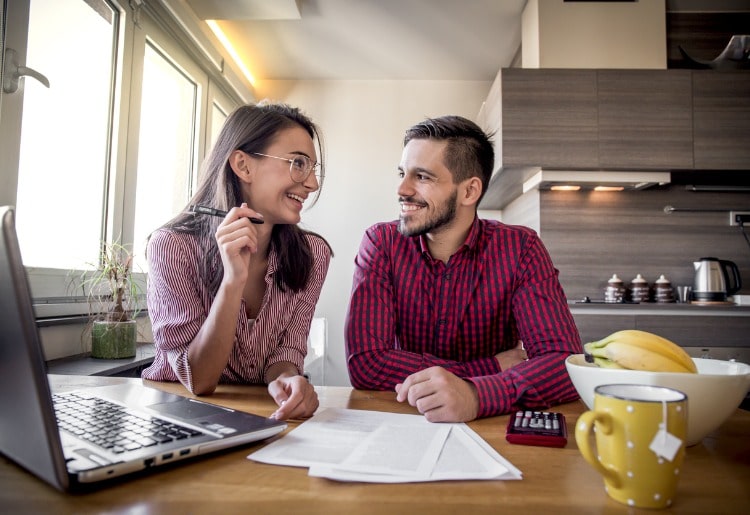 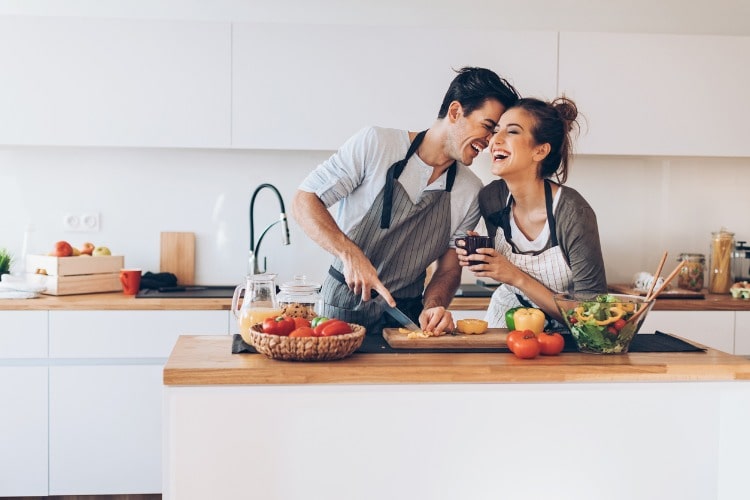 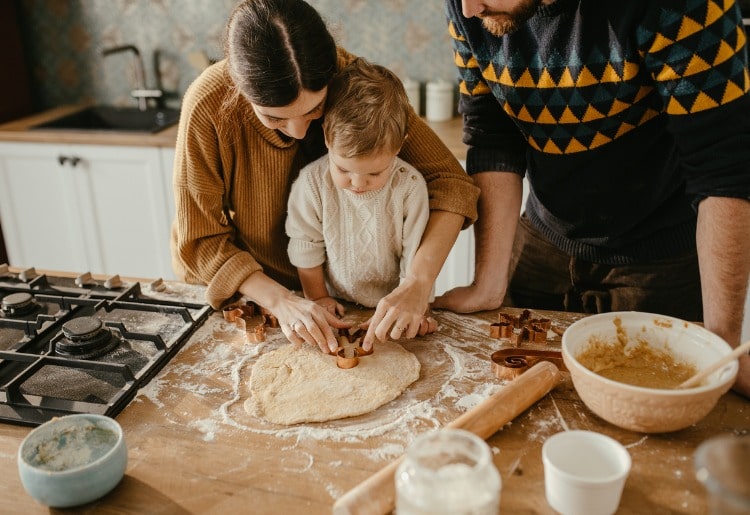