Playing on your phone has never been more fun, and these top android games are beautifully designed, and make you think out-of-the-box. 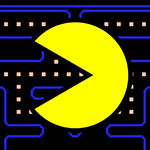 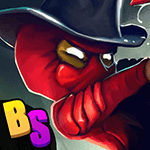 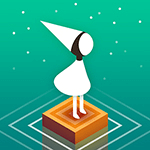 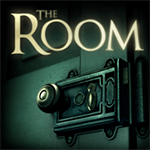 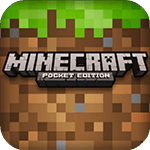 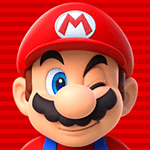 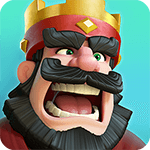 Clash Royale -A real-time multiplayer game from the creators of Clash of Clans
Visit Site
10
Grand Mountain Adventure: Snowboard Premiere -Race through woods and leap off cliffs in this snowy lifelike adventure
Visit Site
Oops, something went wrong.
Looks like this page needs a second chance.Please try again later.
Frequently Asked Questions
What is the No 1 game in Android?
-
+
GTA V (Grand Theft Auto V) Grand Theft Auto V is the world no. 1 mobile game and reimagines the open-world game in a number of ways.
Which is the No 1 mobile game in world?
-
+
PUBG Mobile with 1,120 million
Can Android run GTA V?
-
+
Yes! You can install and play GTA V on your Android smartphone and it is not that hard
Which is the No 1 game in play store?
-
+
#1 in Google Play Store, surpasses Garena Free Fire
Android Games
We find the 10 best options, so you can make informed decisions on tons of products and services.

Mobile games can save you in the most boring of times. From fast-paced action games to slow-burners, mind-benders, immersive quests, and retro classics, these top Android games have something to offer every mood.

The problem is narrowing them down. The world of mobile gaming is vast and almost infinite, and it seems like there’s always a new Android game at the top of the list. If you feel you need a good new game to get stuck into, you’ve come to the right place. We break down 10 of the best Android games to help you survive life’s most boring moments.

There are many free Android games available. In fact, some of the best and most popular games can be enjoyed without cost. Many of these games are entirely free, while others let you download and access a certain amount of levels without cost but require payment for more advanced play.

One example is Call of Duty Mobile, the portable version of the infamous combat game that’s beloved by gamers around the world. With recognizable notes of Black Ops and Modern Warfare, the mobile version of Call of Duty packs the same grisly first-person action into its Android version, which is free to download, though it includes a number of in-app purchases.

Other free Android games include PacMan, the timeless arcade game whose mazes, ghosts, and familiar sound effects are a great way to kill time and bask in nostalgia. It’s free, addictive, and evocative of a simpler time when you could spend hours in the arcade twiddling your thumbs and running from ghosts. Pac-Man you use your arrow keys to move the character through the maze and out successfully before being eaten. The game, though simple, can keep you entertained for ages.

One wildly popular game that’s both fun and incredibly well-designed is Crashlands. It’s so nicely designed that TouchArcade describes it as "a design masterpiece.” In this game you embark on a journey, defeat enemies, and build your way through the dangerous planet of Crashlands to escape back to space. Though it’s a combat game, Crashlands is filled with humor and light-hearted wit.

If you’re looking for a game that’s fun to play and easy on the eyes, you’ll love Alto's Odyssey. This app is a follow-up to the immensely popular Alto’s Adventure and features the same beautiful aesthetics, minimalist flair, and relaxing soundtrack. However, instead of snowboarding through forests and towns, Alto’s Odyssey lets you sandboard through a whole new desert landscape rich with dunes, canyons, and temples. This is also one of the best offline Android games, though you’ll need to be connected to the internet if you want to spend your coins on upgrades.

If you care less about design and more about the meat of the game you’re playing, there are some incredible options that are sure to blow you away.

If you haven’t given Monument Valley a play, you’re missing out. In this puzzle game you manipulate whimsical and geometric architecture to guide Princess Ida, who’s on a mysterious mission. You twist and drag elements of the world to reshape it, all the while exploring a stunning 3D, and hand-crafted world. This game is easy to pick up, and gets you thinking differently about space and geometry.

Another popular puzzle and mystery game is The Room. This game offers it all – realistic graphics, single finger controls, pick-up-and-play design, and a whole lot of mystery. It’s ideal for puzzle enthusiasts and those with inquisitive minds, as there is an object in the middle of the room, which you need to pick, twist, and puzzle open. This game is far from constant action, but will have you hooked in seconds. Its ratings have been excellent, and as Eurogamer writes, “The Room is the cave of mysteries from everyone's childhood; a perfect encapsulation of the fear and pleasure of discovery." Another bonus: Monument Valley is one of the best of the offline Android games, meaning you can play anywhere and anytime you want.

Minecraft is a top choice that’s sure to satisfy your gaming desires. If you’ve never played before, it’s a world where you mine material, build, and defeat bad guys. The aim is to survive the virtual world, where you can build structures as simple as a hut or as complex as a castle. You can make things even more interesting by playing in creative mode, which gives you unlimited resources, or if you’re a fan of fighting games, you can play in survival mode in which the aim is to create weapons in order to defeat enemies.

Top Android Games for When You Don’t Want to Think

We all have those days when we’re just feeling worn out and lazy, and that’s okay. These are the moments we turn to games, especially ones that require little concentration and thinking power.

Super Mario Run is the first Nintendo game to ever be released on mobile. It’s a runner game where, like other Nintendo games, you need to run and jump over gaps and under blocks to get to the end of the level. The point is to get coins and to reach as high a level as possible.

Equally addicting is Clash Royale, made by the creators of Clash of Clans. It’s a real-time multiplayer game in which the goal is to collect and upgrade cards, and defeat the enemy king and princess.

Getting your game on is fun, but after a while you probably find yourself itching for something new. Whether you’re looking for a game with beautiful aesthetics and award-winning design, a puzzle-type game which requires thinking, or one that specifically doesn’t require any thinking at all, it’s out there. We hope you use this guide to help you find your next favorite Android game.