The Top 8 Reasons Why You Should Use Omega-3 Supplements

Selene Nelson
Last updated: Aug. 23, 2022
Omega-3 fatty acids are among the most vital nutrients we need to stay healthy, but many of us don’t get enough through our diet. While it’s always better to get your nutrients from food rather than supplements, sometimes it’s just not possible. If you’re concerned you’re not getting enough omega-3, you might want to think about taking a supplement.

Omega-3 supplements usually come in the form of a soft fish oil capsule, though there are different varieties, including krill oil, algae oil, and ALA oil (the plant form of omega-3). These supplements are intended for people who don’t eat much oily fish or plant-based omega-3 sources, and they can have some surprisingly powerful benefits.

Let’s take a look at the top eight reasons you should use omega-3 supplements.

One clinical study found that taking omega-3 supplements for 12 weeks decreased anxiety symptoms by 20%. Another study found taking omega-3 supplements was just as effective at reducing the symptoms of depression as prescribed medication. Furthermore, people who have healthy levels of omega-3s are also less likely to experience depression in the first place.

Plus, many people suffering from psychiatric disorders like schizophrenia and bipolar disorder have low levels of omega-3. Research suggests taking omega-3 supplements can help with these disorders, reducing the regularity of relapses and mood swings.

2. Omega-3 Supplements Can Protect the Brain

As we get older and our brains age, most people will experience an unavoidable decline in cognitive function. While omega-3 supplements can’t turn back time, there’s evidence to suggest that they can keep the brain healthy and improve memory and cognition.

One study showed that when healthy older adults took omega-3 supplements, they reported their memory improved and they were better able to remember object locations. Scientists have also found that people who begin taking omega-3 supplements report an improvement in at least one variable of cognitive function, be it working memory, executive function, or short-term memory.

There’s also evidence to suggest that taking omega-3 supplements might reduce the risk of Alzheimer’s disease. Even after diagnosis, it may still help to alleviate symptoms.

Inflammation is our body’s way of fighting infection, so it’s crucial for maintaining good health. However, if inflammation occurs when there hasn’t been any damage to the body, it’s classed as chronic. Chronic inflammation can be a major contributor to pretty much every major Western disease or illness, from cancer to heart disease.

Omega-3 fatty acids can also reduce the production of substances like cytokines and eicosanoids. Eicosanoids are proteins that control cells in our immune system and blood, and cytokines are molecules that are involved in cell activity. Both are linked to inflammation. So, based on this I’d suggest taking supplements is a great way to reduce the risk of both inflammation and disease at the same time.

4. Omega-3 Supplements Can Reduce the Risk of Heart Disease

Fighting inflammation isn’t the only way omega-3s can reduce the risk of heart disease. Studies show that they can also reduce several of the most common risk factors for this condition.

Having high blood pressure is a known risk factor, and the evidence shows that omega-3s can significantly lower blood pressure levels. They can also boost HDL cholesterol levels—the “good” cholesterol that actually reduces the risk of heart problems or stroke. Omega-3s also reduce triglycerides, a potentially harmful form of fat found in the blood that’s similar to “bad” cholesterol.

Furthermore, omega-3s can stop blood platelets from sticking together, reducing the chance of dangerous blood clots forming. They can also prevent plaque from building in your arteries, making it easier for the blood to flow smoothly.

What this means is that your heart, blood, and arteries will be healthier, and the risk of heart disease is cut. More good news is that omega-3s can reduce mortality, too. One long-term study of more than 22,000 people found that omega-3 supplements were linked to a decreased risk of dying from heart disease.

Autoimmune diseases occur when your immune system mistakes healthy cells for harmful cells and begins attacking them. Type 2 diabetes is one of the most common examples of this. Here, the immune system believes healthy insulin-producing cells in the pancreas are foreign bodies.

It’s believed that when people get enough omega-3s in early life, the risk of being diagnosed with type 1 diabetes is considerably reduced. The risk of autoimmune diabetes and multiple sclerosis is also slashed.

There’s convincing evidence showing that taking omega-3 supplements can be an effective way of treating other autoimmune diseases too, including lupus, rheumatoid arthritis, Crohn’s disease, ulcerative colitis, and psoriasis.

Getting enough quality sleep is one of the most important steps you can take when it comes to protecting your health. Sleep deprivation is linked to a whole host of diseases, from obesity and diabetes to heart disease and high blood pressure. It can also increase your chances of developing mental health issues like depression, stress, and anxiety.

Having low omega-3 levels is linked to sleep problems in children and obstructive sleep apnea in adults. It’s also associated with reduced levels of melatonin, a hormone that helps us fall asleep. Studies show that taking omega-3 supplements can lead to improved quality of sleep in both children and adults.

7. Omega-3 Supplements Can Reduce Symptoms of ADHD in Children

Attention deficit hyperactivity disorder (ADHD) is a behavioral condition with symptoms including inattentiveness, hyperactivity, and impulsiveness. Children with ADHD usually have lower levels of omega-3s than children without the condition.

Interestingly, multiple studies suggest that taking omega-3 supplements can alleviate many of the most common symptoms of ADHD in children. They can also help children improve their focus and complete tasks more easily, which can have a powerful effect on wellbeing and happiness.

In 2014, researchers stated that supplementing with omega-3 seemed to be one of the best ways of treating this condition in children, although more research is needed.

As we age, we’re more likely to suffer from skeletal disorders like osteoporosis and arthritis, but scientists believe that there are several ways that omega-3s can protect our bones and joints.

Multiple studies suggest that omega-3s can increase the amount of calcium in our bones, improving bone strength and reducing the risk of osteoporosis. There’s also evidence that when women have high blood levels of omega-3s, they have greater bone density.

Studies also suggest that omega-3s may be an effective way to treat arthritis, and sufferers have been found to experience improved grip strength and reduced joint pain after beginning supplementation.

Omega-3 fatty acids are vital nutrients that play a major role in protecting our health. They can protect against heart disease, inflammation, and autoimmune diseases, and they improve sleep and mental health. They can also reduce symptoms of ADHD, improve bone health, and protect the brain.

Because food contains a whole range of nutrients, it’s best to get your omega-3s from dietary sources rather than supplements where possible. The best sources of omega-3s are oily fish like mackerel, salmon, sardines, and cod liver oil. Omega-3s can also be found in plant sources like nuts, seeds, and soybeans, but these are inferior to oily fish or algae like seaweed and kelp.

If you don’t eat much of either, you may want to consider taking a supplement—it’s a small step that can have a big impact on many areas of your physical and mental health. There are many different types of omega-3 supplements available, and most are pretty inexpensive. Just remember to take your supplement with a meal that contains fat, as studies show this improves absorption of omega-3s!

BySelene Nelson
Last updated: Aug. 18, 2022
Selene is a freelance writer and author based in the UK. Her work has appeared on major websites like the BBC, Food Republic, and Town & Country. Selene is also the lead health writer for Rest Less—a digital membership community—where she covers topics including nutrition, wellness, fitness, and more. A true vegan ambassador, Selene has spoken about veganism on national television and authored “YES VE-GAN!: a blueprint for vegan living”, which was published in 2020.
Best Supplement SuppliersCompare All
NativePath
Live Conscious
SkinnyFit
Manna
Primal Harvest
Compare All
Must Reads 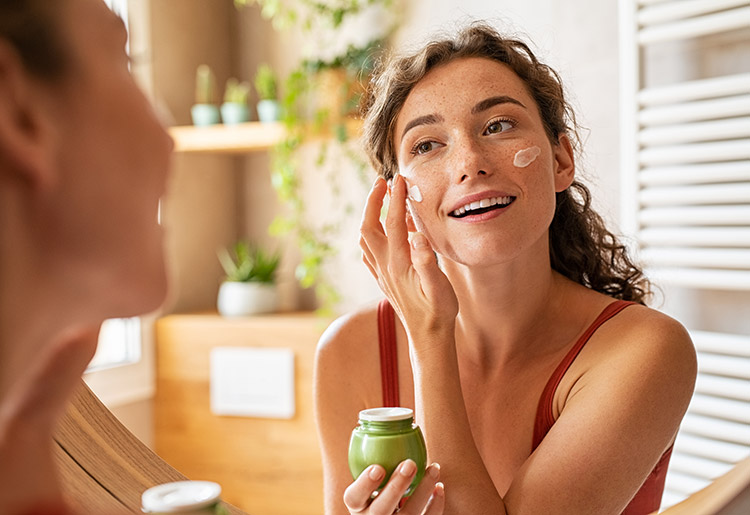 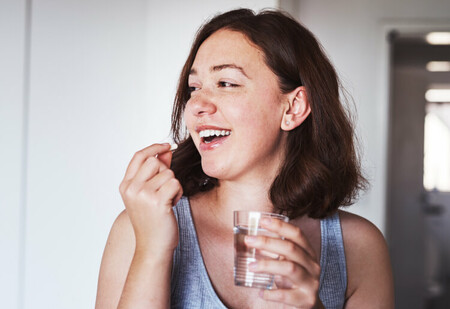 View all shortlists
View all shortlists
Save time & money with the latest Top10.com lists
Sign up now and get the good stuff
Complete sign up to post your review
Sign up with:
Or
By signing up you agree to our Terms of Use&Privacy Policy
Already a member?
Go ahead, and do your log in thing
Log in with:
Or
Forgot Password?
No big deal. Just enter your email below and we'll send you verification code.
Sent! Check your inbox
Reset Password
Your reset is all set!
Wow, you’ve got that registered glow about you
Thanks for signing up!
Uh oh. Looks like something went wrong
Please try again later..
Your account has been verified
Let's get our Top10 on