Whether you're looking for comedy, drama, or sci-fi, your next favorite show just might be a web series. 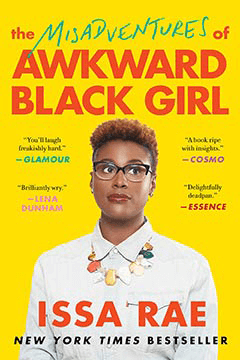 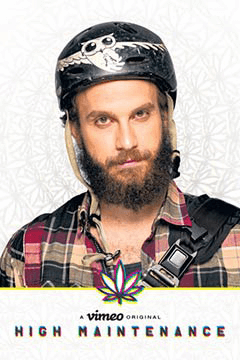 High Maintenance -The show, which premiered on Vimeo and later aired on HBO, follows a marijuana dealer who delivers to his NYC network of clients
Visit Site
3 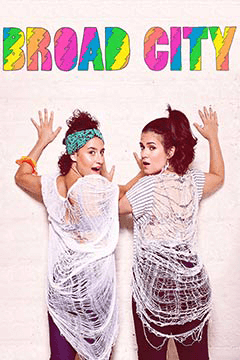 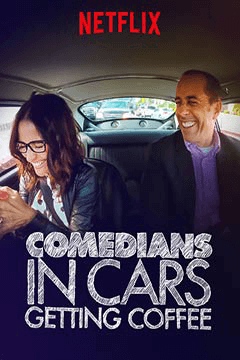 Comedians in Cars Getting Coffee -Created and hosted by comic Jerry Seinfeld, the show features vintage cars and funny conversations between Seinfeld and his guests
Visit Site
5 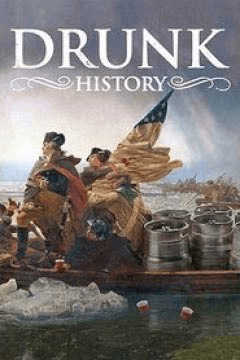 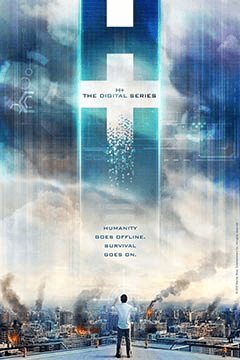 H+: The Digital Series -The sci-fi story shows life after a virus kills most humans and the ones who live have their minds linked to the internet 24/7
Visit Site
7 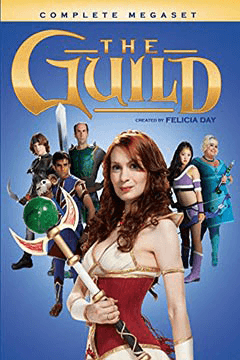 The Guild -Created by Felicia Day, this comedy revolves around the lives of online gamers and what happens when one's fake world becomes real
Visit Site
8 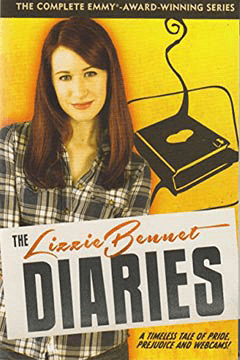 The Lizzie Bennet Diaries -This drama is based on Jane Austen's Pride and Prejudice, and offers episodes that range between 2 and 8 minutes long
Visit Site
9 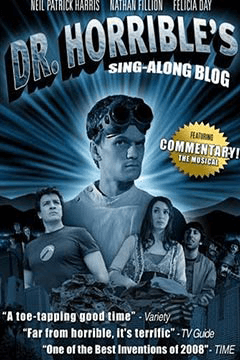 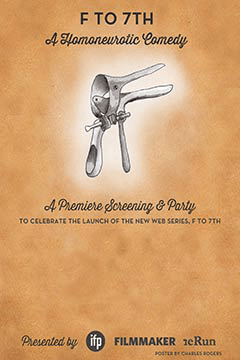 F to 7th -Directed by, written by, and starring Ingrid Jungermann, the comedy's about a homophobic lesbian on her struggle to find herself
Visit Site
Oops, something went wrong.
Looks like this page needs a second chance.Please try again later.
Best Web Series of All Time
We find the 10 best options, so you can make informed decisions on tons of products and services.

Fall in Love with Your New Favorite Web Series

Web series are fun, thought-provoking, and creative. Looking to relax and zone out watching a web series but don’t know which one’s for you?

Watching the same shows on TV can often get repetitive and boring. The same shows mean the same cast, plot, and often ending. If you’re feeling the urge to switch things up, try web series. They’re trendy, creative, different, and often discuss topics that are sure to get your mind thinking. Not sure how a web series differs from a regular TV show?

People often wonder what the difference between a web series and a regular TV show is. The answer is simple. A web series is very much like a TV show, only it’s made up of several short episodes that are watched online as opposed to TV. Another big differentiating factor between the two, is that web series are often produced with a much smaller budget than regular TV shows. All that a web series requires is a creative idea and a camera – be it professional grade or even a phone camera. Web series often take a more simple approach and have a casual feel to them.

Read on as we share some of the best web series of all time, and provide some new shows for you to waste hours of your time watching!

We all have those suspense-loving moments, the ones that just make you want to forget about life and delve into a good scary movie or futuristic flick. If this sounds like you, you will love H+: The Digital Series. The first season aired in 2013, but there’s a more current second season as well. The series is produced by Bryan Singer, the well known director and writer who played a key role in the creation of the X-Men movies. H+: The Digital Series has a similar sci-fi and fantasy feel to the X-Men movies, but as its name hints at, plays on the future of our world.

The series highlights transhumanism, which describes the creation of new technologies that are supposed to heighten a person’s mental and physical capabilities. It centers on the trend that is slowly increasing, where humans are having a harder and harder time detaching themselves from the internet. In the show, scientists create a solution that lets people be online 24/7 through an implant in their brains. As you may guess, the show focuses on the aftereffects of science gone wrong, and how too much technology can destroy our world and the human race. The post-apocalyptic show is suspenseful, frightening, and guaranteed to keep you watching and engaged throughout each episode.

Everyone Needs a Good Laugh

If H+: The Digital Series sounds like a bit much for you, go for a comedy. We can’t argue, as the best way to unwind after a busy day at the office is with a good laugh. For uncontrollable laughter, check out the extremely popular web series, Comedians in Cars Having Coffee. The Emmy-nominated series is hosted by comedian Jerry Seinfeld, and showcases beautiful antique cars and A-list guests. In each episode, Seinfeld picks up a new guest in a new car, and gets them to open up about life, love, losses, politics, and everything else you can imagine. The show is creative, personal, intimate, and most importantly, real.

If you like the sound of that, check out Drunk History or Broad City. Drunk History first aired in 2013, and features 30-minute long episodes, which is just enough to relax the mind after a busy day. The show is presented by Derek Waters, and is a historical comedy. What does that mean exactly? Each episodes features a historical event or figure such as the Battle of the Alamo or Teddy Roosevelt. The events are then narrated by drunk storytellers and re-enacted by all-star actors like Jack Black, Michael Cera, and Winona Ryder. The show does a really good job of accurately portraying historical events, while also keeping it fun and funky with current terms and slang. There’s also the critically acclaimed Broad City. The show was created by two young females, Abbi Jacobson and Ilana Glazer, and highlights their lives as they try to navigate the concrete jungle of New York City. Of course, their escapades always end up taking them into unexpected and bizarre situations that are hilarious to watch and discuss with friends. The show boasts top actors and actresses, and its executive producer is none other than Amy Poehler. Both Drunk History and Broad City started as web series before being picked up by Comedy Central and gaining hundreds of thousands of fans.

Web series are notorious for highlighting sensitive topics and discussing subjects that regular shows usually try to avoid. F to 7th is a perfect example. It follows the director and main female lead, Ingrid Jungermann, as she navigates life as a middle-aged lesbian. Jungermann goes into detail about the sexual aspects of being gay, as well as the vulnerabilities and insecurities she and others just like her feel on a daily basis. The show has been nominated for its writing, and has been screened at major festivals like the Beacon Indie Film Fest. Another show that highlights sensitive topics is The Misadventures of Awkward Black Girl. The series was created by Issa Rae, a Stanford University graduate who wanted to share her awkward encounters with men, co-workers, and strangers. The show tackles tricky subjects like religious employees, anger management, and aggressive personalities. Not only is the show entertaining, but it’s extremely high quality, so much so that Pharrell Williams joined as the executive producer. The show was the precursor of Rae’s hit HBO comedy Insecure.

If you enjoy shows that delve into ordinary life, you won’t be able to stop watching The Lizzie Bennet Diaries and High Maintenance. The Lizzie Bennet Diaries takes a vlog-style approach and is a modern day retelling of Pride and Prejudice, while High Maintenance was created by now ex-husband and wife duo and follows a marijuana dealer as he delivers goods to his network of NYC customers. The show first aired on Vimeo and was later picked up by HBO.

Where to Watch Web Series

Many of these series are available on YouTube or Vimeo, while others play on their own websites. When in doubt, a Google search for the series’ name can give you access to all of the episodes.

Web series are different, thought-provoking, and a great way to open your mind up to creativity and art. They have become extremely popular recently, so what are you waiting for? Grab the popcorn and press “play”! 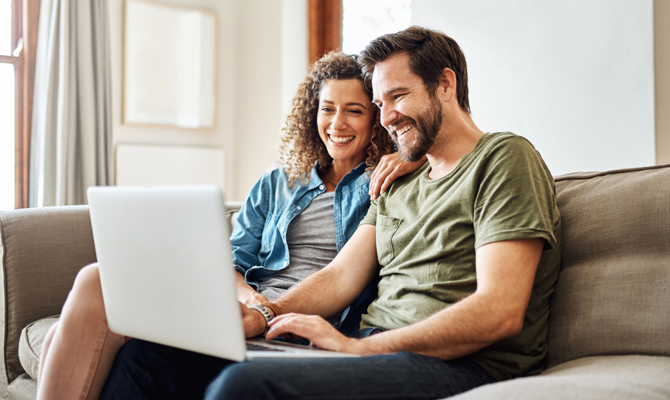 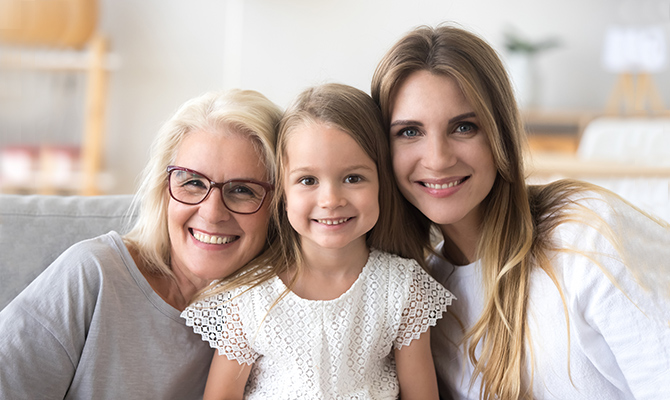