How VPNs Boost Your Online Security 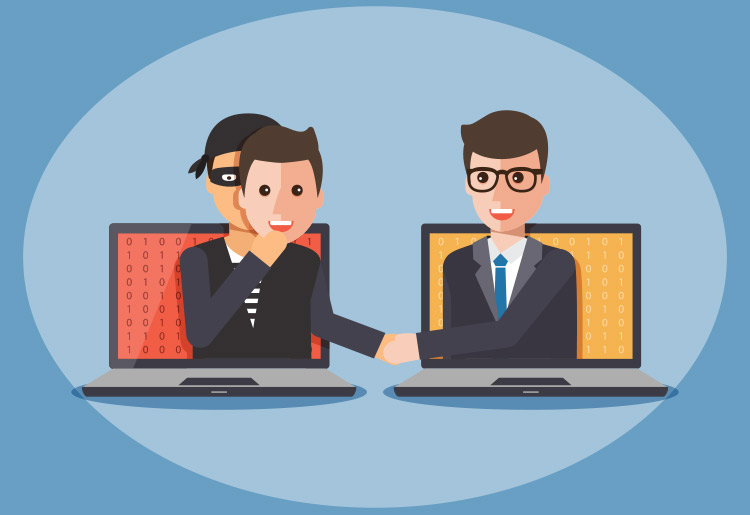 When people talk about the benefits of virtual private networks (VPNs), the first thing that usually comes to mind is that they mask your computer’s unique IP address to improve your privacy and security online. This is handy if you want to stay anonymous, as your IP address can be used to track everything from your Internet service provider to your physical location.

The chief goal of a virtual private network is to protect your sensitive information while you go about your business online. VPNs help you protect yourself against identity theft, fraud and other types of cyber-crimes that affect millions of people on a regular basis.

A VPN would protect you from people who would be able to access sensitive information like credit card numbers, bank account usernames and passwords, and even your social security number while you're online.

Using the internet on an unsecured, public Wi-Fi network can be akin to leaving your front door unlocked or keeping your bike unlocked out on your front porch. You’re leaving yourself exposed and putting all the data on your computer's hard drive at risk.

If you connect to an unsecured, public WiFi network, you're actually putting all the data on your computer's hard drive at risk.

From there, they have all the information they would need to log into the site themselves and find account numbers, routing numbers and more.

Using a VPN, on the other hand, means that the information you send and receive over the network is encrypted, even if the connection you're using is inherently vulnerable. So, in the same coffee shop scenario, someone with a malicious Web browser plug-in wouldn't actually be able to see what you're doing while you use the network.

Thanks to additional security measures in place on most VPN connections, you would also be immediately alerted to the intrusion attempt as well.

Many broadcasters and producers restrict the locations in which their content can be viewed, in order to prevent it from being streamed online in other countries. One of the most well-known uses of VPNs is to sidestep this restriction, for instance, in order to watch US network TV online even if you’re overseas, or to catch sporting events which are not broadcast or require a fee to watch in your country.

This same feature of VPNs can also keep people safe from state and local authorities in countries around the world. Many countries - typically non-democratic ones - block specific websites within their borders, in order to censor what people see and to make it harder for people to use online resources to organize protests and other ations.

A VPN not only allows people to sidestep these restrictions, it makes it far harder for authorities to track them or find who posted what, representing a security benefit of VPNs that can be the difference between life or death depending on where you live.

Internet service providers often log your data when you’re online and in many cases sell this data to third parties, who use it for targeted advertising and other purposes. If you care about privacy and keeping your online activity private, a VPN can mask your data by making it appear as if it came from the overall network and not your computer. Make sure that the VPN provider does have a strict-logging policy however, as hits is not universal.

The best VPNs also come with built-in security features that can be used to combat fraud.

This means you’re protected by various anti-malware, anti-spyware and anti-adware software, much like those you would install yourself on your computer. If you attempt to download a virus onto your computer that tries to steal your personal information, for example, the VPN will detect the virus and stop the download before the file transfer is complete. Most virtual private network services also have anti-phishing software in place, which means that nobody will be able to steal your usernames and passwords if you try to log into a service through a realistic-looking, but malicious, website.

Combined, these factors and features mean that a good VPN is a powerful tool in keeping you safe online, shielding you from identity theft and fraud. Check out our comparison of the top VPN providers to help you decide which one to use.

The number of threats online today make it more important than ever that you take steps to protect yourself online. A good VPN is one of the best steps that you can take to shield yourself from harm, and keep the internet a safe place for you and yours.