How to Watch International Shows from the US 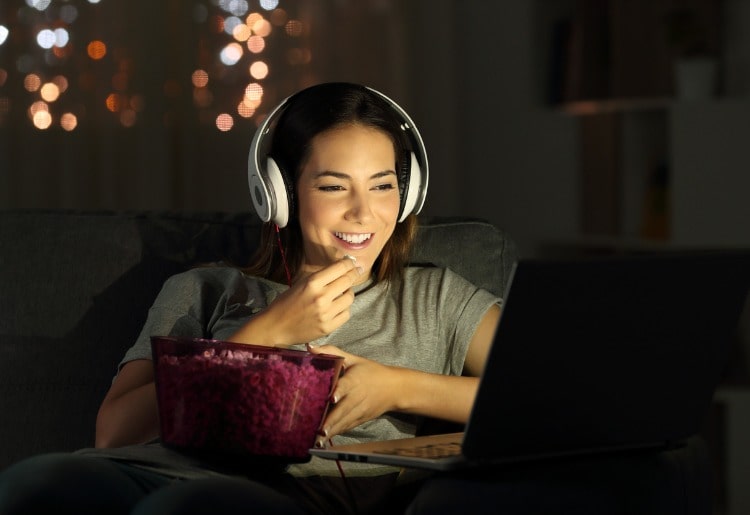 Many articles have been written on how to stream American shows while abroad. But what about those of us who want to catch the best international shows from inside the US?

There’s quality entertainment being produced all around the world, and plenty of reasons to tune in. Whether you’re a lover of British TV or addicted to Danish thrillers, an avid soccer fan, an expat wanting to follow the news in your home country, or even someone trying to learn a new language, there are an increasing number of reasons for broadening your viewing horizons.

Copywriting laws and other concerns can limit your access to content from around the world. But a good VPN can change that. Here’s a guide to streaming foreign TV shows, sports, and news programs from afar.

If you’ve ever tried to watch a video and been told that it can’t be supported in your area, it’s likely because of geo-restrictions.

Geo-restrictions are limitations put on websites, streaming platforms, and other content that’s restricted to a certain geographic area.

For instance, to watch the BBC iPlayer, you must be in the UK. Only those in the US can enjoy Amazon Prime’s full video library. These restrictions are in place for a number of reasons, usually having to do with copyright law or government censorship. If you try to access this content outside of the allowed geographic area, you’ll be blocked. This is where a VPN comes in handy.

What is a VPN?

VPN stands for virtual private network, and its purpose is to mask your IP address so that the internet can’t detect your location or identity.

There are many reasons people use VPNs, ranging from privacy to internet safety. One of the more popular reasons is to get past geo-restrictions. Many people use VPNs to watch US Netflix while abroad, but a VPN is just as useful for accessing international content from within the US.

While each VPN interface looks a little different, they generally work in the same way.

To do this, you’ll want to select a server manually. You’ll usually be given two options when you use a VPN: it can automatically select a server for you, or you can choose your own. While the automatic option is fine if you’re using a VPN for security reasons, the manual selection is necessary if you’re trying to access content in a specific country.

Most VPN interfaces will have a drop-down menu of countries where its servers are located. Simply click on a server in the country you’re trying to access. For example, if you’re trying to watch British TV, select a server in London or anywhere else in the UK. If there are more than one server in that country, you can play around to see which works best, though there shouldn’t be that much difference from one to the next.

After you’ve connected to a server in your desired country, you should be good to go. Remember that you’ll still need your log-in credentials for any sites that require them, such as Netflix or fuboTV.

Where to Watch International TV

So now that you’ve got your VPN set up and can access the best shows the world has to offer, what should you watch? That depends on your preferences, but here’s a list of some top sites throughout Europe and beyond.

Eurosport: Covers sports from across Europe and is offered in more than a dozen languages.

Fuji TV: Live TV from Japan as well as sports, drama, and anime

A Note About Subtitles

If you can’t follow along in the language of the program you’re watching, you may be able to download subtitles in English. Sites like podnapisi.net, subscene.com, and opensubtitles.org offer downloadable subtitles for foreign TV shows and movies. Most of these sites have advanced search features, so type the name of the film or show you’re trying to watch and, if available, you can download pre-made subtitles for that title that will sync up with the video and allow you to follow along.

There are countless VPN services to choose from these days, though as with all services, they vary greatly in quality.

While you can find free VPNs, experts recommend purchasing service from a reputable provider such as Hotspot Shield or ExpressVPN. Not only do these VPNs tend to work better—and faster—but they’re also equipped with better security features and customer service access.

When considering a good VPN, here are some key features to look out for:

Server network: the more server locations the VPN has, the more access it can offer you. For example, if there are no servers located in France, then you won’t be able to use it to access French TV.

Kill switch: Kill switches are built-in protective features that automatically cut your web connection if the VPN connection fails, thus keeping you from being left exposed.

Free trial: Most VPN providers offer a free trial of their services. It’s a good idea to test out a VPN before you buy one in order to make sure it works with the content you want to access.

Customer service: Though VPNs are generally simple to use, good customer service is important in case you run into installation or set-up issues, or simply need help while using your VPN.

These are just a few of the features to look out for when shopping for a VPN. For a more in-depth ranking of top VPN providers, click here.

VPNs: Your Digital Visa to the World

Whether it’s British drama, Danish thrillers, Indian comedies, or Japanese anime, the global landscape is filled with quality programming far better than those 3rd-tier Netflix movies you resort to when your search runs dry. A top VPN service makes it easy to globetrot through your screen and connect with cultures, languages, and quality entertainment everywhere it can be found.

ByScott Hirsch
Last updated: Jun. 22, 2020
Scott is a content writer who has worked as a special education teacher, lifestyle writer, and researcher. He enjoys literature and travel and believes that a sense of wonder and curiosity is the key to living a fulfilled life.
Best VPN ServicesCompare All
ExpressVPN
CyberGhost
NordVPN
Surfshark
ZenMate
Compare All