Tax Filing Season Guide: How to Protect Your Data 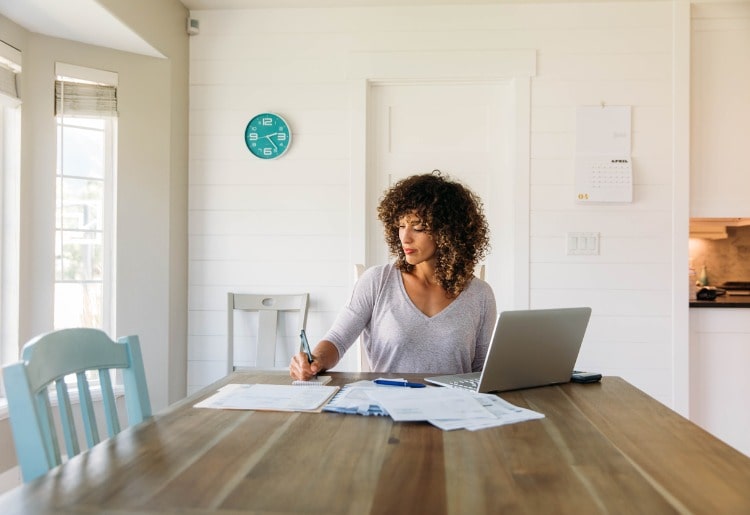 Tax filing season: it’s that time of year universally disliked by everyone except for accountants and… cybercriminals.

More than 150 million individual tax returns are expected to be filed by the April 15 deadline this year. If past years are any guide tens of thousands of taxpayers will fall victim to tax-related identity theft, which occurs when a cybercriminal uses your Social Security number to file a false tax return and claim a fraudulent refund.

Because the IRS only allows one tax return per Social Security number, you will be blocked from filing if a cybercriminal gets there first. That’s why it’s important to take security precautions when filing a tax return, opening an online bank account, or doing anything else that requires handing over sensitive personal data.

Here are 6 ways to protect your data from scammers this tax filing season:

A VPN, or virtual private network, has many uses, including being able to access blocked websites and browse the web in complete anonymity. The greatest benefit is that it creates what’s known as an ‘encrypted tunnel’ for the data you send and receive, making it virtually impossible for cybercriminals to steal your data.

The best VPN services offer plenty of options, and the costs go as low as $2.50 per month. You can toggle your VPN on or off in one click, activating it when you’re using a public Wi-Fi network or sending sensitive information (such as your IRS tax filings) over the internet.

There’s a good reason that websites make you create a strong password when you sign up – and it’s not because they’re out to annoy you. One of the ways cyber criminals hack into people’s accounts is by trying common number-letter combinations. Passwords that are longer and involve a combination of numbers, letters, and symbols are harder to break. Regularly changing your passwords offers an additional layer of protection.

Fortunately, the IRS employs multi-factor authentication where the user must enter a code sent to them by text message or phone call in order to log in. But you might have other accounts where your Social Security number and other personal data can be found. A strong password is your best line of defense.

If you choose not to use a VPN, then the very least you can do is avoid sending sensitive data over public Wi-Fi networks. As tech website How-To Geek explains, the open nature of the network allows for snooping, the network could be full of compromised devices, or the network itself could be malicious.

Avoiding unsecure websites is easy. If you don’t see the SSL padlock symbol in the URL bar or if a warning pops up on your screen before entering a website, then it’s best to leave. But what many people don’t realize is that using a public Wi-Fi network can be dangerous even when accessing encrypted websites.

4. Be Alert to Phishing Attempts

One of the most common ways cybercriminals steal your information is with email-based attacks, also known as phishing. A phishing attack is a fraudulent attempt to obtain sensitive information such as passwords, credit card details, or your Social Security number by disguising oneself as a trustworthy entity. If you’ve ever received an email from a sender that looks almost like a real company, such as ‘Wells Fargo wellsfargo@gmail.com’ or ‘LinkedIn noreply@liinkediin.com, then you have been targeted by cybercriminals.

The best defense against phishing attacks is to be aware of what these attacks look like. If someone asks you for your SSN or other sensitive information during tax filing season, double-check the email address and the body of the email to make sure the sender is legit. If in any doubt, ignore the email or reach out to the business/person the sender claims to be.

5. Install Anti-Malware Software on Your Devices

Malware is a catch-all term for malicious software. Cybercriminals install malware on the computers of unsuspecting people, most commonly by sending the malware in an email attachment. Malware has the ability to steal information from your computer, such as your SSN or credit card details. Good anti-malware software tracks, locates, and removes malware before it becomes too late.

6. Use an ID Theft Protection Service

The IRS has been known to reach out to taxpayers who it suspects have had their Social Security number compromised, but it’s best to stay on top of the problem yourself. ID theft protection services are a form of insurance against tax-related identity theft (and other types of identity theft, for that matter).

The best ID theft protection companies offer preventive and corrective solutions. They monitor the dark web, social media, and other places on the internet to detect if your data has been stolen or used fraudulently. If it’s too late and your identity has already been stolen, then these services will help restore your identity and reimburse you for stolen funds.

Recent polls have found that 69% of American adults are fearful about some aspect of preparing their taxes. More than anything else, people fear making a mistake on their returns. That’s no great surprise, given the punishments for false declarations. Taxpayers should be equally cautious about protecting their data during tax filing season. Cybercrime is real but, like with all other risks in life, you can easily protect yourself.