How to Live Stream March Madness 2020 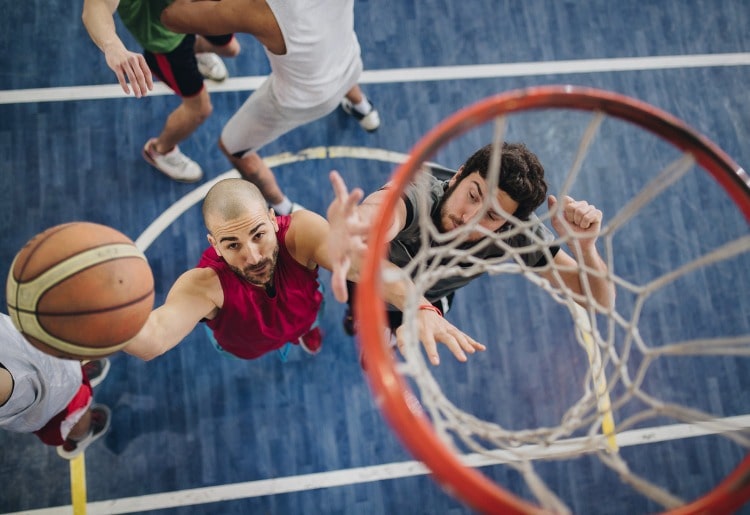 March is quickly upon us, and for college basketball fans that means the action-packed onslaught known as March Madness. With 68 teams competing over the course of 21 days, the tournament proves to be a veritable marathon for athletes—but just as much for viewers.

Unlike professional sports tournaments, the NCAA’s March Madness tournament packs tons of action into a small amount of time. That means viewers need to stay on their toes to keep up. Below is a guide on how to catch all the games from home, work, or abroad with nothing but an internet connection.

March Madness begins on March 17 and concludes with the championship game on April 6, 2020. Here’s a breakdown of the games and locations throughout the tournament:

The entire 2020 NCAA March Madness tournament will be broadcast on TV and live streamed on March Madness Live. If you’re abroad or blocked from your cable provider’s georistrictions, you can stream March Madness through a VPN service, which can conceal your physical location and get you access to websites and platforms wherever you are. Here’s what you need to know:

Our recommendation for VPN is ExpressVPN due to its reliability and usability. A constant favorite by VPN users, ExpressVPN offers tons of features that make it ideal for a multi-week viewing extravaganza such as March Madness. Here are a few highlights:

The frenetic nature of March Madness makes viewing it harder than other big sports events. Since many key games are on weekdays and may occur during work hours, fans have often had to record the games or miss them altogether.

VPNs, however, can make it easier to stay apace of the tournament’s schedule even while away from your sofa or even your computer. A solid VPN will have apps for desktops, phones, and tablets, and allow you to access multiple devices at one time. This means you can install a VPN on your iPhone and work computer and keep up with the tournaments from the office and as you go about the rest of your daily tasks.

2020 March Madness at a Glance

When will the March Madness teams be announced?

On March 15, known as Selection Sunday, all 68 teams will be released as well as seeding and tournament brackets.

When is the Final Four?

The Final Four tournament will take place the weekend of April 4-6 in Atlanta, Georgia.


ByScott HirschFeb. 24, 2020
Scott is a content writer who has worked as a special education teacher, lifestyle writer, and researcher. He enjoys literature and travel and believes that a sense of wonder and curiosity is the key to living a fulfilled life.
Best VPN ServicesCompare All
ExpressVPN
Norton Secure VPN
Surfshark
Hotspot Shield
UltraVPN
Compare All