The Best VPNs to watch the UEFA Champions League 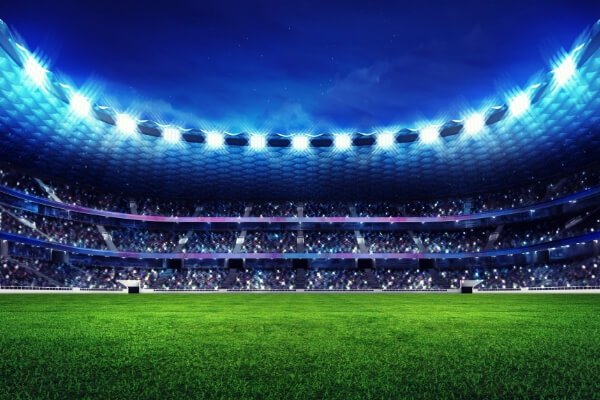 The most prestigious tournament in all of club soccer, the UEFA Champions League separates the great clubs from the legendary ones. The top teams from each country’s premier league meet and battle it out for the title of Europe’s top football club.

This year the final will be held in Madrid on May 30th, 2020, but along the way you’ll have the opportunity to catch no shortage of world-class matches—as long as you’re set up to catch the broadcasts.

The best way to make sure you don’t miss any of the games is to get set up with a Virtual Private Network (VPN), so let’s take a look at how it works.

A VPN masks your computer’s IP in order to allow you to surf the web on servers across the world, allowing you to access content that may be blocked in your location. This can be a real boon to anyone concerned about online eavesdropping, but it’s also a great tool to have at your disposal if you’re looking to access TV broadcasts from other countries.

In other words, in your country you may have to pay for a special broadcast package in order to access the same Champions League games which are shown for free in another country. With a VPN, you can connect to a server in that country and stream the game for free.

Most VPN companies also allow you to use the service on multiple devices at the same time, so you can hook up different games on different devices at your house, for a truly immersive soccer experience. Also, due to the high-level security measures used by VPN companies, you can stream with the knowledge that you’re not left unprotected.

How to Watch the Champions League with a VPN?

Once you’ve signed up for a VPN service, take a minute to find a broadcaster that is showing the games online. Look at which country they’re located in, and then with your VPN, find a server in that country and connect. Once you’re up and running, go to the website where the broadcaster streams the game, and start rolling.

Now, if the site requires payment for streaming, the VPN won’t help you get around that. Still, these paid streams tend to be very reliable and with the number of games you can watch the price level is fair. Here are a few examples of paid streaming services:

You can continue to look for other free sites in locales across the world, here’s a short list:

Which VPN Service is Best?

The best VPN service for you depends somewhat on your budget and which features are most important to you, but here’s some industry leaders that can definitely get the job done.

This VPN was rated the fastest in the market by PCWorld, largely due to the more than 2,500 server locations it uses across the globe, and the company’s data-compression methods.

The one-month plan is pretty steep at $12.99, but if you sign up for a year plan it comes out to only $5.99 per month. The company states that all plans come with a 45-day money-back guarantee.

You can get up and running watching the matches on 5 simultaneous connections on CyberGhost, which uses more than 1,000 servers, and promises to keep your stream smooth and uninterrupted no matter where you’re streaming from.

If you ever get a slowdown in your service, you can instantly change to other servers and do so by way of an interface that is quite simple to use. You can also access customer service 24/7.At $11.99, the one-month plan isn’t the cheapest on the market, but if you sign up for a year it drops down to $5.99, and for a 2-year plan its only $3.50 per month.

Every VPN service can get you set up to stream the Champions League, but with NordVPN, security is a top priority as well.

The company says that it’s security is the same used by the US military, and while we can’t confirm or deny that, the company does vow that its security protocols can also block you from visiting dangerous websites and scan for all types of online threats to your devices.

It's a general rule of thumb that as the security gets tighter the speed slows down some and NordVPN doesn't get the best ratings in the industry for speed. Still, the company offers an affordable, easy to install VPN with solid performance and security that should ease some concerns you may have about streaming.

Setup is also quite easy, and once you’re up and streaming, you can use NordVPN on up to 6 devices at the same time.

UltraVPN offers fast and easy streaming and unblocking, making it great for unblocking your favorite sports events or the latest shows on Netflix. You can stream with no bandwidth limits and a huge network of servers all over the world for speediness and top performance. Your online activity will stay totally private, with 256-bit encryption.

The best thing about Ultra VPN is its super straightforward experience, connecting you to a secure line in only one click. There are no fancy frills, but this is a solid easy option for streaming and unlocking the best content from almost anywhere.

There are also frequent introductory offers, with as much as 70% off leading encryption, unlimited bandwidth and 100+ secure servers worldwide. Pay as little as $2.25 per month for your first year, or 6 months free.

Norton Secure VPN comes with the big brand name of Norton by Symantec, one of the best known antivirus products on the market, which means that it has the customer service and infrastructure of a large experienced company. There are servers in 29 countries, making Norton a solid choice for casual or entertainment use such as watching the UEFA Champions League. You can also customize your plan for 1, 5 or 10 connections, making it great if you know you’ll only want a limited number, or many devices at once.

Here are the prices for 5 devices:

Norton also offers a new 365 service, with additional protection and online privacy, along with $40 off for the first year. It includes protection from malware and viruses, as well as 50GB of secure cloud storage and parental controls.