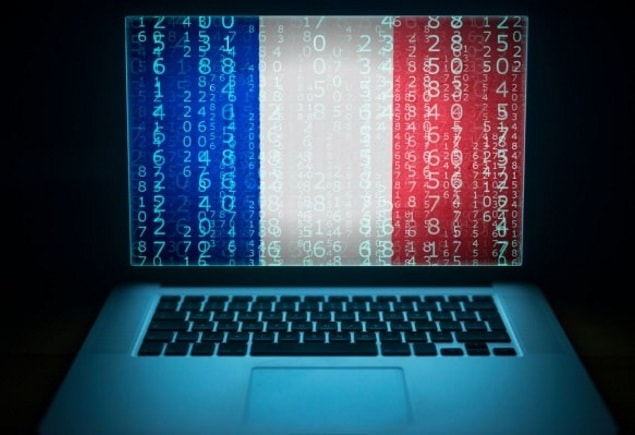 France was once one of the most ardent defenders of internet freedom for its public. In recent years though, this country has started to crack down. What began as a ban on child pornography and terrorism has ballooned into major censorship after more extensive copyright infringement laws were passed.

Today, there are several websites that are blocked for numerous reasons. In fact, in 2016 alone more than 2,700 sites were removed from the internet or blocked by the French government, and that’s why travelers and locals alike have turned to VPN services for help. While the vast majority of these sites are still being blocked because of  pornography and terrorism, some censorship may merely be an infringement on the freedom of expression.

Breakdown of the 5 Best VPNs for France

ExpressVPN is a colossal service that delivers incredibly fast speeds, great for streaming shows while in France. It also has a sterling reputation, 2,000+ servers around the world, and no bandwidth limits. Customers will also appreciate the 30-day money-back guarantee, impressive security measures, and convenient apps for any device you’re using.

One thing you will love about NordVPN is the speed. After all, with 4,200 servers around the world, this service is bound to be fast! And the fact that you can connect multiple devices simultaneously means that if you’re traveling with friends or want to connect your computer, cell phone, and tablet, there won’t be any issues. NordVPN also has reasonable plans, especially if you take advantage of the 2-year option.

SaferVPN is a smaller service, but it is every bit as resilient and powerful as the others, providing bank-level security with an auto-kill switch, 256-bit encryption, and perfect forward secrecy. Privacy is important when you’re surfing in France, so this makes SaferVPN a good choice for your travels. Additionally, this service manages all of its servers itself, so you get faster service, and it even has an automatic server selection for the fastest option available.

ZenMate boasts close to 45 million users around the world, so it’s obviously doing something right. The service has loads of servers around the world, and it has dedicated servers specifically located in France for better quality and speeds while on French soil. Plus, your service will never be throttled so you won’t freeze in the middle of a show. ZenMate is also one of the easiest VPNs to use, with 1-click connections for up to 5 devices.

Avast is a well-known antivirus provider, so it's encouraging that it offers a VPN as well. The service has a lot going for it including strong security features like DNS leak protection, auto-security for WiFi, and encryption for all activity. Additionally, Avast is big on privacy, using no logging policy and a single shared IP for ultimate anonymity.

CyberGhost has enough servers inside and outside of France to cover both local and international VPN needs. If your goal is to boost your speeds, you’ll find 304 dedicated servers in France alone that will do the trick. Worldwide, CyberGhost has an impressive network of 4,800 servers that can connect you to US Netflix, Hulu, BBC iPlayer, and more. Throw in an automatic kill switch, secure encryption, and one of the more comprehensive no-logging policies you’ll find, and CyberGhost makes a case for itself as an ideal VPN to use in France.

Based out of Switzerland and developed by Golden Frog, a renowned group of open-internet activists, VyprVPN boasts both the credibility and technology necessary to give even the most security-conscious user peace of mind. User freedom is Vypr’s marquee feature, and you can read about the company’s long history, political mission, and call-to-action on the website. But behind the philosophy, Vyrpr’s VPN actually walks the walk: you’ll find an impressive slate of safeguards in place, including its proprietary Chameleon protocol, high-end encryption with a NAT firewall, a no-logging policy, and a network of self-owned servers. Practically created for the purpose of bypassing crackdowns like those in France, VyprVPN is a no-brainer for those interested in internet freedom and privacy.

The available plans are:

Why Use a VPN for France?

All political reasoning aside, there are practical reasons for using a VPN for France. For example:

If you are in France for a business trip, vacation, or because you happen to live there and want to see a great Netflix original, you might have a problem. Many websites are restricted because of geographic location (having nothing to do with the appropriateness of the content). Netflix is a great example of this. You cannot access your full Netflix account from overseas, so if you want to catch up on some of your favorite shows while spending a boring night in your hotel room, you can’t. VPNs help you get around these pesky geo-restrictions.

If you don't like the idea of having the government, marketing agencies, and big brands snooping on your internet activity, a VPN can be extremely helpful. Masking your activity, the VPN doesn’t allow would-be data collectors to view your history or see where you are going or what you are doing on the internet.

Furthermore, if you are transferring sensitive information such as business documents, customer profiles, credit card numbers, banking information, or other private data, you need to ensure the network you are sending it through is secure. A VPN creates a private network through which you can safely send sensitive information without fear of it being intercepted.

Is it Legal to Use a VPN in France?

Many people are nervous about using a VPN in France because they think that it’s illegal and they could get into trouble. After all, if the websites are restricted by the government, accessing those sites in a roundabout manner sounds unlawful. In fact, it’s perfectly legal to use a VPN in France, and you won’t get into any sort of trouble for it. The government of France is using its censorship laws to curb terrorism, but it currently does not have any laws restricting the use of VPN services to unblock websites.

What Else Can You Watch with a VPN in France?

As mentioned, there are thousands of sites currently being blocked or completely removed from France to date. However, the French government does not publish a comprehensive list, a move that makes the government out to be even more suspect than ever. Based on our research, several TV streaming sites such as Hulu, Netflix, HBO Now, BBC iPlayer, and Sky TV are either completely restricted or only give you limited content. The Apple iTunes and Google Play stores are also limited, and you can expect to find plenty of restrictions on YouTube as well.

How to Choose a VPN for France?

We’ve concluded that censorship is bad and VPNs are a good way of getting around it. The next step is finding a good quality VPN to get the job done. But, what do you look for in a VPN for France? Here are the most important features to search for when choosing a service:

Since you want to access websites that are geo-blocked, it is important for a VPN for France to have multiple servers in the right location. You want to have servers in areas that are not going to be blocked by geo-restrictions (or it defeats the purpose of using the VPN), and you also want to have a lot of servers because this will affect the speed. Which brings us to the next feature to look out for…

How fast your VPN transmits information will affect the way you interact with everything, including how fast your websites will load, your files will be transferred, and your shows will be streamed. For business activity, time is always of the essence, and if you are streaming a show, you definitely know how frustrating it can be to have to wait for the video to buffer. So, speed is an important one.

Finally, when browsing the VPN aisle, make sure to see what kind of security features a service offers. At the very least, you should have encryption and a kill switch. You can also see if the VPN offers some form of DNS leak protection and consider its logging policy for added privacy.

How to Set up a VPN for France

Setting up a VPN for France is really straightforward. Instructions will vary somewhat based on the OS and device you're running, but in general, here's what to do:

Also, make sure to do all of this before you leave the US because once you’re in France, you won’t be able to access the VPN site to download it and create an account.

How to Get a French IP Address

In addition to accessing content not available in France, you may need to access French websites while traveling in other countries. Whether you want to access your local accounts or catch a French show or game, a French IP address will give you access regardless of where you are in the world. To get a French IP address, follow these steps:

What Will the Future Bring for the Internet in France?

Though it’s hard to predict how France’s government will act moving forward, it’s not a stretch to imagine crackdowns continuing in the same direction as issues of terrorism, extremism, and hate speech spill over into the digital realm. The world in general is grappling with the struggle between harmful content and a free and open internet, and France is no exception. What’s clear is that harmless internet users are caught between the struggle. Many are concerned about their rights to use the internet without their activity and personal information being tracked or susceptible to prying eyes. As it stands now, VPNs pose the greatest solution for those who feel threatened or intruded upon, as well as those unsatisfied with the limits imposed on them by geo-restrictions and censorship.

VPNs are a great way to get what you want wherever and whenever you want it. Use a dedicated VPN for France the next time you are overseas to access your favorite TV shows, news stations, and radio shows, send confidential work files, or browse without being spied on by marketers and advertising companies. Check out these in-depth reviews to find the right VPN for you today.

ByAmanda Bradley
Last updated: Jun. 22, 2020
Amanda Bradley's interests and experience stretch from business to tech, via marketing, hi-tech and travel. Amanda uses her research and writing skills, together with her curiosity about every field and industry, to understand each topic from the inside and share it in an engaging, enticing way.
Best VPN ServicesCompare All
ExpressVPN
CyberGhost
NordVPN
Surfshark
ZenMate
Compare All