Should You Choose State or Private Student Loan Refinance? 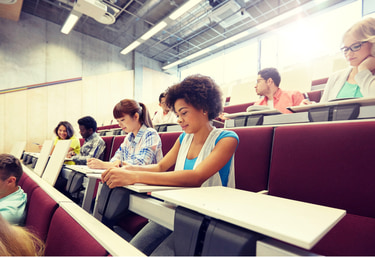 Student debt is becoming one of the big issues of this presidential election season, and with good reason. According to the latest figures, Americans hold a combined $1.6 trillion in student debt. That’s double the amount of debt from 9 years ago, and more than 3 times the debt from 13 years ago, when federal authorities began keeping records.

This isn’t the place to discuss the campaign promises presidential candidates have made in regard to student debt. But it is worth noting that in addition to private student loan refinancing, a growing number of states have also taken it upon themselves to offer refinancing options.

Private Lenders Offer the Lowest Rates – If You Have Excellent Credit

Private lender APRs based on range of lenders displayed on Top10.com. APRs from websites of state refinancing programs that publicly display rates.

A student loan refinance is a new loan that replaces your old private and/or federal and/or state student loans. Most people refinance with a private lender. The federal government doesn’t offer refinancing, but many states do.

At last count, 12 states had student loan refinance programs. These states are: Alaska, Connecticut, Iowa, Kentucky, Louisiana, Massachusetts, Minnesota, New Hampshire, New Jersey, North Dakota, Rhode Island, and South Carolina. Some other states, including California, Maryland, and Oregon, have enacted legislation to bring in a program. And then there are states such as Montana, Nevada, and New York that have discussed legislation.

In the case of North Dakota, the state bank is responsible for refinancing. In all other states, the programs are run by licensed bodies, e.g. the Massachusetts Educational Financing Authority. State-supervised refinancing is generally open only to state residents or, in some cases, to out-of-state residents who attend or attended school in the state. Some states allow exceptions. For example, the Bank of North Dakota accepts students from Minnesota, Montana, South Dakota, Wisconsin, and Wyoming who didn’t attend school in North Dakota (although North Dakota residents get lower rates).

In contrast to state programs, a private student loan refinance is a refinance offered by a private lending institution. Private lenders include online lenders, banks, and credit unions. Each lender sets its own rates and requirements. Unlike state refinancing, which almost always involves a fixed rate, most private lenders offer a choice between a fixed rate and variable rate.

When to Use a State Student Loan Refinance

If you live in or studied in one of the 12 states listed above and have fair or poor credit, you may want to consider a state refinancing program. As the National Conference of State Legislatures has noted, some commentators have accused private refinancing operators of “cream skimming,” or only refinancing loans of borrowers with great credit and high income. Consequently, state-based, non-profit programs with broader eligibility requirements have thrived alongside the private providers, according to the NCSL.

Of course, each state sets its own rules and requirements for student loan refinancing. With that said, the points are broadly similar. As an example, the Alaska Commission on Postsecondary Education offers fixed-rate refinancing with terms of 5, 10, or 15 years and no fees nor prepayment penalties. Borrowers may consolidate federal, private, and state education loans from any qualified lender. Borrowers also have the option of excluding federal loans to avoid losing the benefits attached to those loans.

For borrowers with less-than-excellent credit, state refinancing programs may offer superior rates. For example, APRs in Iowa start from 3.25% and in Rhode Island start from 3.49%. These aren’t as good as the best rates offered by private lenders but are better than the rates private lenders usually offer to borrowers with good-rather-than excellent credit

When to Use a Private Student Loan Refinance

If state student loan refinancing programs are so great, why use private lenders? For starters, the majority of the approximately 45 million Americans with student debt don’t live in states with programs. And even those who do live in the relevant states might be able to get a better deal from a private lender.

As mentioned, private lenders tend to cater to what they consider low-risk borrowers, i.e. people with strong credit, medium to high income, and a generally stable financial situation.

If you have outstanding federal student loan debt (such as Stafford, Perkins, or PLUS), you’ll still be paying the same fixed rate you agreed to when you took the loan. If you took out private student loans when you began college or graduate studies, you may not have received the best rate possible. Most 18-year-olds or 22-year-olds aren’t in that great a financial position and in many cases need to bring a cosigner (such as a parent or trusted person with strong credit) just to get a decent rate.

If you are now 5, 10, or 15 years out of college, and are in a stronger financial position than when you went in, refinancing with a private lender could be the best way to go. Private lenders generally have strict minimum credit requirements (e.g. 620, 650, or 680). If you have good to excellent credit and can show additional proof of your financial stability, private lenders might reward you with a low-rate student loan refinancing. Based on a survey of companies listed on Top10.com, private refi APRs currently go as low as 2.41%—lower than any of the state refinancing programs.

If you live in or studied in a state with a refinancing program and don’t have excellent credit, you may want to look into a state refi program. For everyone else—and that’s the majority of student borrowers—many private lenders offer excellent rates on student loan refis. As with any important financial decision, we recommend comparing 3-5 private lenders before settling on one. If you’re still unsure about whether to go for a state program or private lender, you can always speak to your state’s lending authority and get free quotes from private lenders. Just line up the numbers side by side to compare the options.