How Falling Interest Rates Will Affect Your Student Loan Refinance 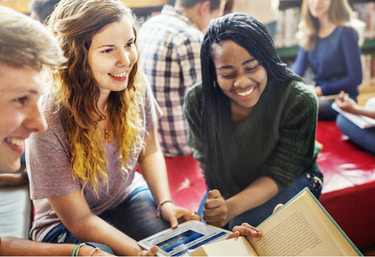 For millions of Americans, getting rid of student debt is about to get a whole lot easier. Markets expect the Federal Reserve to cut its benchmark interest rate 3 times by early-2020, starting with an almost-certain 0.25% cut at the end of July 2019.

When the Fed reduces rates, private lenders usually lower their rates soon after. And that’s great news for holders of student debt—which now stands at a record $1.4 trillion to $1.6 trillion according to estimates from Experian and the Federal Reserve.

When Rates Go Down, Borrowers Save

The prime rate is almost perfectly correlated with the federal funds rate. Every day, the Wall Street Journal publishes the average of what 10 major American banks charge their most creditworthy corporate customers. Each bank sets its own prime rate, but the average is consistently 3 percentage points above the target funds rate. For example, in mid-July 2019, the target funds rate was 2.50% and prime was 5.50%.

Despite its name, the London Interbank Offered Rate also correlates strongly with the US federal funds rate. LIBOR is based on an average of how much banks charge each other for eurodollars, US dollar-denominated deposits at foreign banks or overseas branches of American banks.

The Fed raised the target rate 9 times between January 2016 and January 2019, bringing the rate from the record post-financial crisis low of 0.25% to 2.50%. The prime and LIBOR rates followed suit and borrowers—including people with variable-rate private student loans or people who took out new private loans during that period—paid the price. Now the prime and LIBOR rates are on the verge of falling—and borrowers can reap the dividends.

How to Decide When to Act on a Student Loan Refinance

A student loan refinance is a new loan from a private lender that replaces your old private and/or federal and/or state student loans. The main reason to refinance student loans is to get a lower interest rate or lower monthly payments. There are other benefits to refinancing, namely the convenience of consolidating multiple loans into one, easily manageable loan. But the main purpose is to save money.

In order to save money, then, all other things (fees, terms, etc.) remaining equal, the rate on your new loan needs to beat the rate on your old loan. Therefore, your target rate depends very much on what you’re paying on your existing student loans. According to Experian, student loan debt peaks at age 34, but the age of student debt holders ranges from 18-year-olds to people aged 70+. Even federal student loan rates, which the federal government sets each year based on the 10-year treasury note and are offered to every borrower at the same rate, vary from year to year. Therefore, two people with federal loan debts dating back to 2 separate years would have different rates and different monthly payments.

Student loan refinancing is offered by private lenders, who assess each borrower’s risk profile before deciding whether to approve them for a refinance and at what rate. Therefore, your borrowing power is the other major factor to take into consideration before applying for a refinance. When rates go down, they go down for everyone, but that doesn’t mean everyone qualifies for the lowest rate. To get the lowest rate, you’ll need to show you have excellent credit and good income. Private student lenders are known for having lower approval rates than other types of lenders, such as personal loan lenders or mortgage lenders. As the National Conference of State Legislatures has noted, private refinance operators have been accused of “cream skimming,” or refinancing loans of people with great credit (read: roughly 680+) and high income (read: 6-figure salary).

How to Secure the Lowest Student Loan Refinance as Rates Fall

Nobody can say for certain what sorts of rates private student refinancing operators will be offering 6 months or a year from now, but in all likelihood the rates will be lower than now. Here are a few ways to cash in.

As this article demonstrates, interest rates never stand still for long. Around 45 million Americans have student debt. If you’re one of them, falling rates could potentially put you in a position to refinance and save money.