Who Bent all the Spoons? The Difference Between Mentalists and Psychics 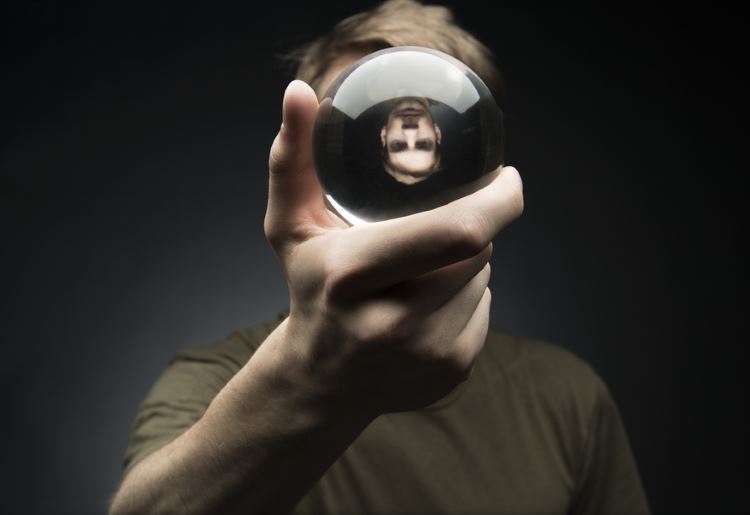 On the surface, psychics and mentalists seem to have a lot in common. They both practice the intuitive arts. Both have a knack for reading people, for tapping into hidden realms, mastering the uncanny and leaving people questioning the material world.

But there’s a clear line that separates them. So where is it? One good answer would be the edge of a stage.

While psychics beckon the inner realms, mentalists belong to the public arena. Indeed one of the main differences between psychics and mentalists is that mentalists put a theatrical spin to their craft, using a mixture of showmanship and intuition to awe their audience. Some mentalists have even made a point of separating themselves from the paranormal altogether, claiming that the simple act of observation and an understanding of human nature are enough to mimic the miraculous. Others, of course, consider themselves true heralds of the inexplicable. Either way, they thrive as much on spectacle as spiritual subtlety. While psychics are typically found peering into palms or tarot cards, the mentalist is more likely to be staring at a spoon, or studying the mannerisms of their subject, in order to influence reality and the crowd witnessing the show.

Below are some key differences between psychics and mentalists, a look at the tools mentalists use in their craft, and some famous mentalists who have willed their way into the public consciousness.

You probably wouldn’t go to a mentalist to help you find love. And you probably wouldn’t hire a tarot card reader to hold the attention of a raucous Vegas crowd. Psychics offer an intimate service, usually between two people, channeling spiritual realms to offer insight about life. Mentalists may use similar tools, but their medium is behaviors, and their goal is to influence the way things act, whether people, inanimate objects, or reality itself.

Mentalists use any number of these techniques:

Psychokinesis: Also known as telekinesis, psychokinesis involves affecting change in the tangible world through psychic ability. Examples include feats of making furniture levitate, bending spoons with the mind, and making pencils spin without touching them.

Hypnosis: Mentalists practice a specific form of hypnosis known as stage hypnosis. A harmless form of mind control, stage hypnosis is a means of subliminal suggestion that influences people to behave in humorous or bizarre behaviors prompted by the hypnotist.

Telepathy: Telepathy is the act of communicating thoughts with the mind. Otherwise known as mind reading, telepathy plays a big role in mentalists’ retinues, with performers often recounting to stunned audience members what was going on in their own minds.

Cold reading: Cold reading is a way to glean information about somebody by observing subtle behaviors and mannerisms. It can be done through reading someone’s body language, paying close attention to their manner of speech, or asking strategic questions meant to evoke responses that lead to certain conclusions about the person.

In between addressing US Senators, working with the FBI, appearing as a New York Times crossword puzzle answer, and simultaneously being hailed as a charlatan, miracle worker, master illusionist, international peacemaker, author, and TV star—Uri Geller has managed to perform some tricks.

The famous Israeli mentalist is best-known for bending spoons with his mind. Claiming to have been visited by a sphere of light as a child, Uri was performing feats of telepathy and psychokinesis for audiences while still in his teens. His fame skyrocketed to such a degree that he was the subject of scientific tests by leading scientists at the Stanford Research Institute. Geller was isolated and tasked with duplicating images that were being produced in a separate room. The scientists concluded that Geller had indeed performed paranormal acts, and published their findings in the highly respectable Nature magazine.

Time-stopping feats: Though Geller’s most iconic trick is bending spoons with his mind, his act includes feats such as moving tables by sheer will and causing clock-hands to speed up, slow down, and or stop completely.

Max Maven specializes in interactive mind reading. His trademark is to work in front of audiences of strangers, reading their thoughts and leaving them spellbound. His work has made him a household name as well as an industry go-to: he’s hosted his own TV shows, appeared as a guest on sitcoms like “Fresh Prince of Bel-Air,” and authored numerous books that are considered seminal texts on the form by both famous and up-and-coming mentalists. Furthermore, Max has acted as a consultant to some of the industry’s biggest names in paranormal show business, including Penn and Teller, Siegfried & Roy, and David Copperfield.

Legendary praise: The legendary filmmaker and actor Orson Welles once called Maven “the most original mind in magic.”

Before he became one of the most celebrated 19th century mentalists, Washington Irving Bishop made a name for himself by debunking psychics. As a young man he worked as an assistant for the famous psychic Anna Eve Fay, but soon became disillusioned by what he considered her deceptive techniques. He went public with his feelings, and even began touring as an “anti-spiritual performer,” reenacting Fay’s tricks and then showing the public exactly how they were done.

Things changed, however, when he met J. Randall Brown, a mind-reader who influenced Bishop to take up the form. However, Bishop still insisted that there was nothing “spiritualist” in the work he did, but rather a technique called “muscle reading,” which allowed him to glean information about his subjects through a nuanced analysis of their body movements. Bishop went on to have an illustrious career in mind-reading, before dying at the age of 34.

One final mystery: The most mysterious saga of Bishop’s life was his death. Bishop fell unconscious during a show in New York City and was presumed to be dead. However, he was known to suffer from cataleptic fits that put him into trance-like states during which he’d be unresponsive for an extended period of time. He even carried a card with him directing any medical personnel to hold off on autopsies for 48 hours in the case that he was simply in the throes of a cataleptic. Despite the card’s instructions, an autopsy was performed. Bishop’s family claimed he had been alive, merely unresponsive, and that it was the autopsy itself that killed him. The case went to court, but ended with a hung jury.

Where a Mentalist Falls Short

So, if you’re looking to be entertained or awed, then a mentalist can likely fulfill your needs. However, if it’s spiritual guidance and answers to life’s pressing questions that you seek, then a mentalist will likely be a disappointment. A bent spoon won’t be any solace to you if your question was “is he cheating?” If you’re seeking advice on love, career and which way you should go when facing a crossroads, then you’re better off consulting a psychic reading website.

ByScott HirschJan. 23, 2020
Scott is a content writer who has worked as a special education teacher, lifestyle writer, and researcher. He enjoys literature and travel and believes that a sense of wonder and curiosity is the key to living a fulfilled life.
Best Psychic Reading SitesCompare All
California Psychics
Keen
Psychic Source
Kasamba
Psychic Center
Compare All