5 Psychic Predictions That Came True and Changed the World 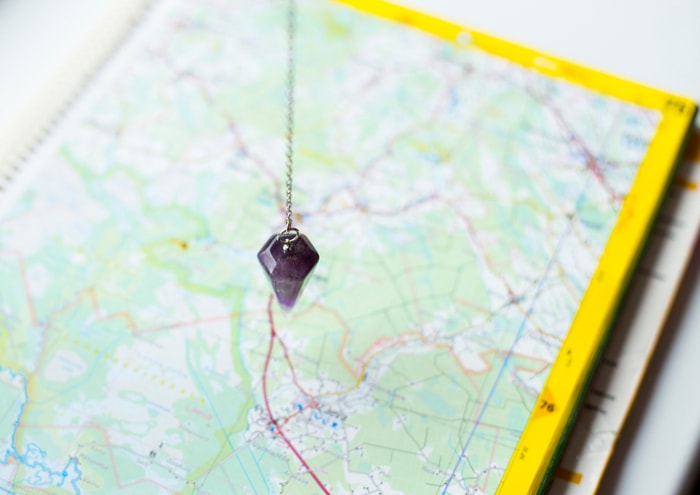 Psychic and supernatural ability may have a long line of scoffers, but consulting with mediums is growing in popularity, and has persisted in popularity since ancient times. The modern psychic services industry in the U.S. is growing, with an annual growth of 2% from 2013-2018, and $2 billion in revenue for 2018.

In times gone by, having a link to the spiritual world was well respected practice, allowing people to communicate with the dead and rest assured about the future. The CIA has even published a list of guidelines for when psychics should be called into action for active investigations and what they’ve contributed to investigations in the past.

Here are some of the most well known predictions that have come true through the years, and a bit about the well-respected psychics who foretold them.

Jeane Dixon, “The Seeress of Washington,” a devout Roman Catholic born in 1904 and raised in California, uncovered her gift when a so-called “gypsy” gave her a crystal ball and read her palm. That same woman predicted that she could become a famous seer and advise powerful people. Indeed she did, eventually acting as a psychic consultant for both Richard Nixon and Nancy Reagan.

In 1954 Jeane Dixon predicted that the 1960 presidential election would be “dominated by labor and won by a Democrat” who would then “be assassinated or die in office.” The Democrat to win that election? John F. Kennedy, who was assassinated in Dallas, Texas, near the end of his first term in office. On November 22, 1963, she told friends that the president would be killed in Dallas that same night. She is also said to have predicted the assasination of Martin Luther King Jr. and Gandhi, as well as the suicide of Maryln Monre and the race riots of the 1960s.

There’s a bit of conflict though. Jeane is said to have reversed her prediction as the 1960 election drew close, claiming that Nixon would surely win. She also predicted that the assasination attempt (of the then-unnamed winner of the 1960 election) would possibly happen during his second term in office. Her further predictions for the future (between 2020 and 2037) include the reign of an antichrist, the invasion of the Middle East by a Russian army, a nuclear holocaust and the birth of a messianic figure from the Middle East, who will reunite the world’s religions and create peace.

"The blood of the just will be demanded of London

The ancient Lady will fall from her high place

And many of the same sect will be killed."

Nostradamus, a French astrologer, physician and seer, is best known for his collection of 942 prophetic quatrains, among them this one above, referring to a fire in London in ‘66. The “blood of the just” is said to refer to the rats, carriers of the plague outbreak that preceded the Great Fire.

Academics are quick to point out that English translations of his works are of poor quality, with most translators not being experts in medieval French. Translations are misconstrued in order to make the prophecies fit. However his poetic works do touch on many future events with distinct noticeable details. Catherine de’Medici was a purported fan, making him into her counselor and physician to her children and many of his poems resemble future (now past) events.

The Great Fire of London started at a bakery on Pudding Lane shortly after midnight on Sunday, September 2nd 1666. The wind fanned the fire throughout the largely wood, crowded city. It consumed 70,000 homes, 87 parish churches, and St. Pauls Cathedral. There were only 6 verified deaths, though this number is suspected to be low due to the lack of reporting of lower- and middle-class deaths at the time.

3. The French Revolution and Rise of Napoleon

"From the enslaved populace, songs,

While princes and lords are held captive in prisons.

These will in the future by headless idiots

Be received as divine prayers."

This one refers to the peasants revolution of 1789. The aristocracy was dethroned and imprisoned in the bastille, eventually facing the guillotine, which beheaded them.

"PAU, NAY, LORON will be more of fire than of the blood,

To swim in praise, the great one to flee to the confluence.

He will refuse entry to the Piuses,

The depraved ones and the Durance will keep them imprisoned."

Rearranging the letters of the first 3 words (which are names of places), spells out Napaulon Roy, or Napoleon the king. More of fire than of the blood could refer to Napoleon’s non-royal lineage, and the refused entry of the Piuses refers to his imprisonment of the Popes, both Pius VI and VII.

Like Dixon, Nostradamus also predicts an apocalyptic war, spanning over Europe and lasting 27 years. UK Psychic Craig Hamilton-Parker warns that his quatrains include U.S. President Donald Trump’s reelection and impending assasination attempt in his second term, a U.S. treaty with Russia similar to the one with North Korea and Kim Jong-un, and the first rumblings of a war in the middle east.

4. September 11th and The Rise of ISIS

The blind Bulgarian mistic “Baba Vanga” is credited with warnings of “a great Muslim war” and invasion of Europe culminating in the establishment of an Islamic caliphate by 2043. She was visited by the Bulgarian Tsar Boris III during the Second World War. She later served as an adviser to the Bulgarian Communist Party leaders and won the trust of many foreign and domestic politicians. She is reported to have said “Horror, horror! The American brethren will fall after being attacked by steel birds.”

Vanga steered away from interviews, but is said to have claimed that the area around her home attracts unexplained cosmic forces. She was blinded by a windstorm that hit southern Bulgaria as a child, and since then she’s shown her gifts to the world, hosting various politicians and diplomats, among many writers and actors. She’s said to have also predicted that the 44th President of the United States would be African-American.

Some of her predictions are disputed though, as she also claimed Barack Obama would be the last president, and that there would be nuclear war between 2010 and 2016, leading to the abandonment of Europe--some suggest this refers to Brexit. Looking forward, she’s predicted that aliens will help civilization living underwater by 2130 and that a 10-year old blind girl in France would inherit her gift, shortly before she passed away in 1996.

The “Boxing Day Tsunami” was the deadliest in recorded history, killing 230,000 people in mere hours in Thailand, Sri Lanka, and Indonesia. The underwater quake lasted over 10 minutes along a 900-mile stretch along the tectonic plates between India and Australia. The ocean floor was forced up about 130 feet, creating massive “ripples,” 100 foot rolling mountains of water.

Baba Vanga also reported this one in advance, stating that there would be a “huge wave” that would cover a “big coats, covering people and towns and causing everything to disappear under the water. She’s also predicted another one for 2020, which could wipe out Pakistan, India, parts of China, Japan and Indonesia, along with parts of Alaska. On the up side, she’s predicted the end of global hunger between 2025 and 2028, so things are already looking up.

While we can’t be sure that these famous mystics predictions were not the result of The Jeane Dixon Effect, in which people loudly tout the correct predictions and overlook the false ones. On the other hand, each of these well-known soothsayers has uncannily predicted unusual events, not merely routine happenstance that could occur at any time.

According to the New York Times, MaryAnne DiMarkc, a medium and author of “Believe, Ask, Act,” says that her clients are increasingly not looking for predictions. “They’re coming to me and saying ‘I have so much going on in my life? Can you teach me how to make connection so I can make transformation happen...for the better?’”

Does it matter if these predictions, and the other ones made by their owners, are accurate? Probably not. Online psychic readings and mediums are increasingly becoming more popular as clairvoyant healers and guides, helping people answer big life questions. Is there life after death? What connection do I have to the people around me? Why am I here, doing what I do? What’s next?

ByTop10.com StaffOct. 16, 2019
Our editorial staff is comprised of writers who are passionate about the world of online consumer services. We specialize in simplifying the process of choosing the right psychic reading network for your needs.
Best Psychic Reading SitesCompare All
California Psychics
Keen
Psychic Source
Kasamba
Psychic Center
Compare All